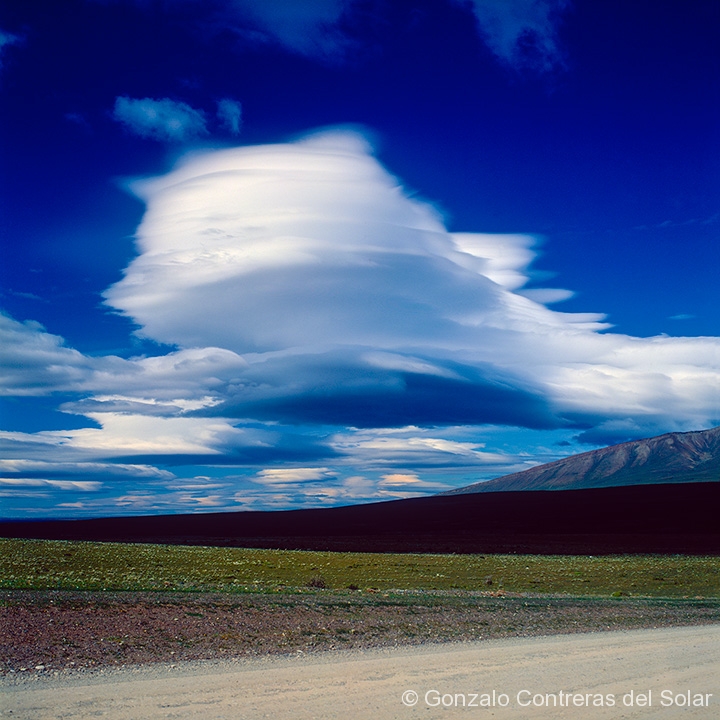 This Surreal cloud is from the Patagonia.

After a seven-day trip between Torres del Paine Chile and Perito Moreno Argentina, would return to Punta Arenas city. There we would take the flight back home, on the road we found this cloud. I made 3 images before I ended the last roll of film I had. 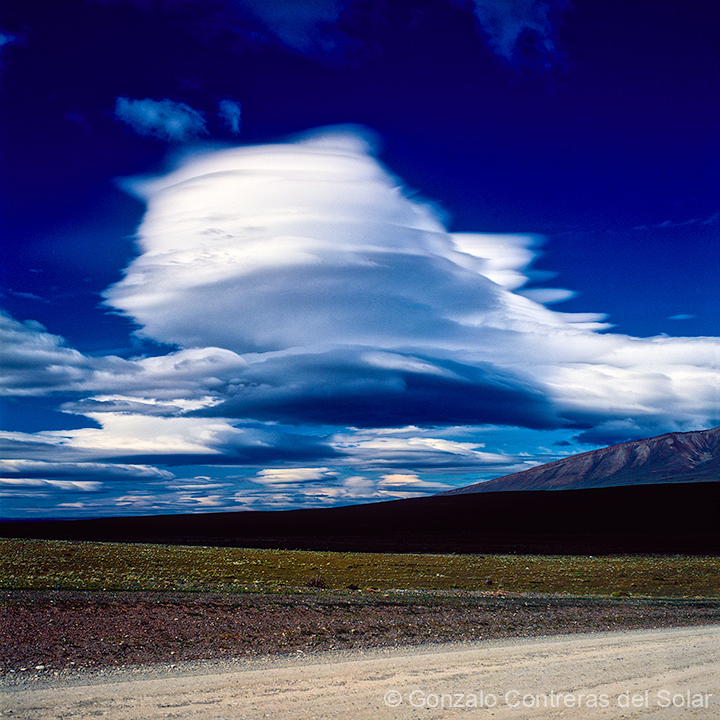 While preparing my book named Water, I had preselected this image, but in the last arrangement I left it out. My daughter who gave a look to the InDesign model I was working on, suggested to definitely include the image. She mentioned that the image seemed a surreal cloud, and looked like a painting.