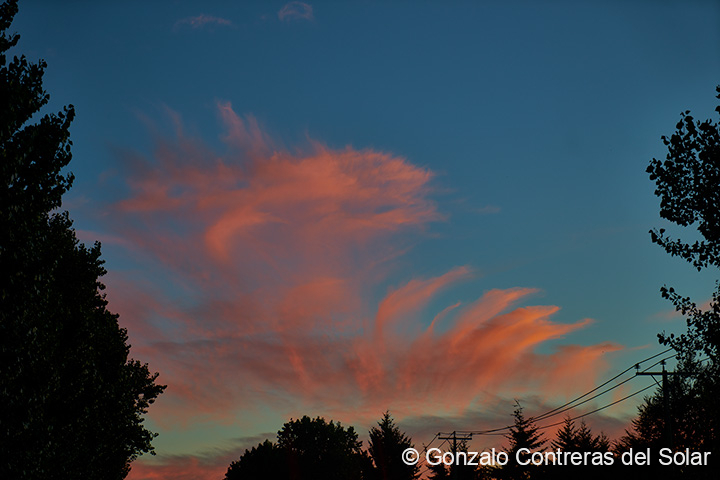 These are images of clouds from the past and present.

Water at the temperature over zero degrees centigrade, is always in constant movement, transforming itself giving a non-repeatable image. Clouds are also in continues reshaping, formed from water, which are molded by the wind and painted by the sun.

In my chase for water, I have also followed clouds, using mainly color film to capture them. At a certain point I went back to black and white, with positive a negative film. In certain occasions I used infrared film that recorded data my eyes did not see. Now a days with the digital cameras, you just take one picture and decide to stay with color or monochrome.

The first image was taken in the South of Chile during our last summer vacation. It was a Sunday and lots tourist were returning to their hotels or rented house. The narrow road was jammed, moving at a very slow speed.  At the horizon I saw the cloud with the strange for pained pink over the blue sky. Knew this would last only a few minutes, I stopped the car got out took a few images and continued driving. 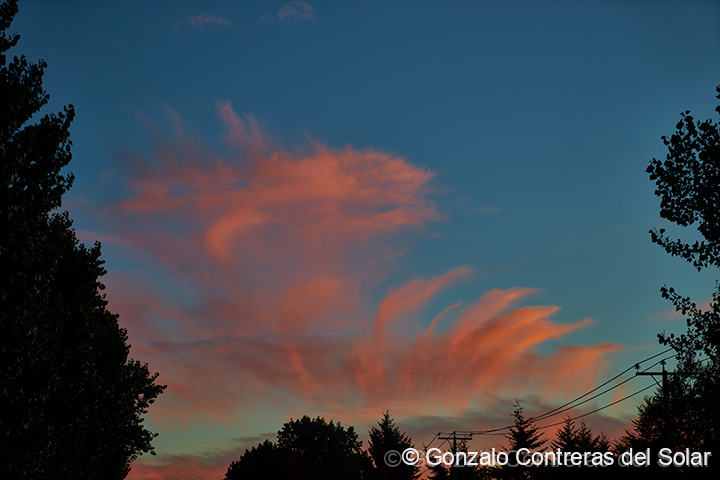 You can imagine the strong words of my wife and very angry people behind us.

The second image was about half an hour later. The clarity is due to constant rain you have in the zone that give very clean sky. 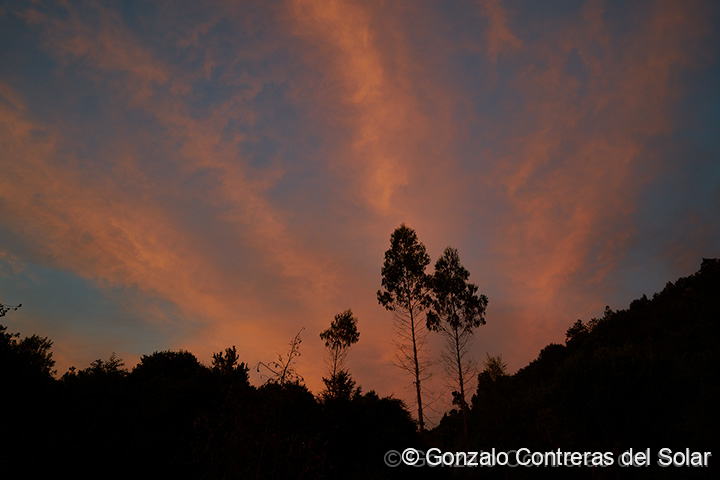 The last image was taken close to  the house where we lived at La Paz Bolivia many year ago.  I used to wait until the sun went away and it was totally dark.

In this case, we were returning home when I saw the storm coming. The high altitude that comes along with strong winds, not to mention the clear sky, produce formidable shapes. 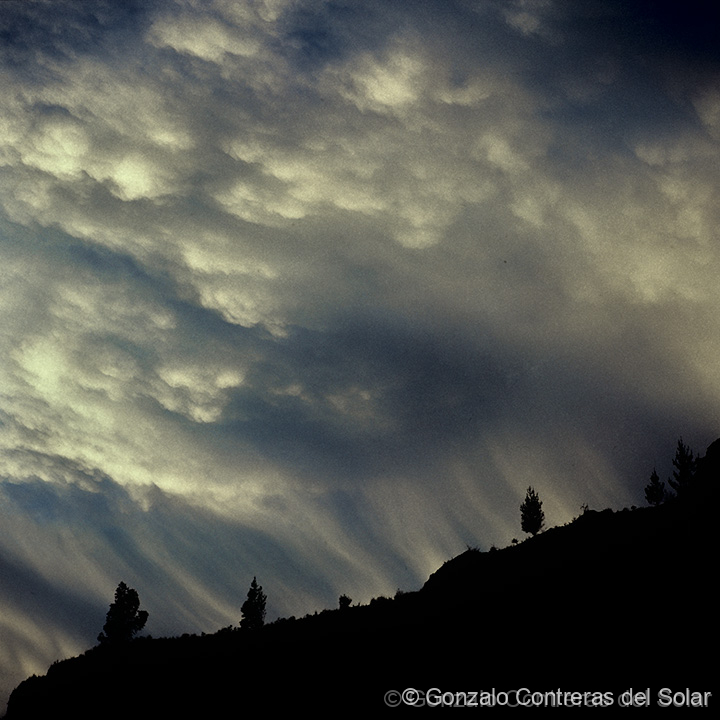 This image made me name clouds from the past and present.