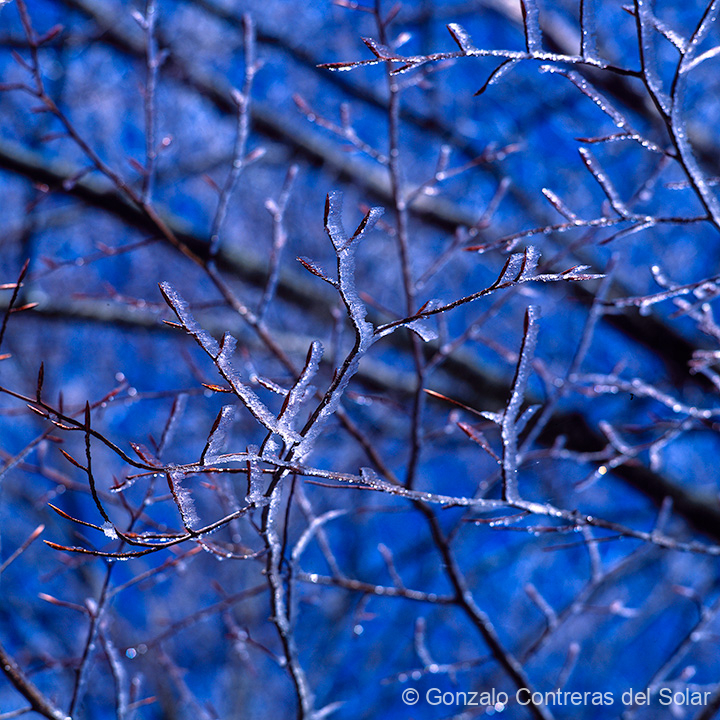 Story I told before, but reviewing my catalog, found additional images that were hidden of Montseny in blue and white. 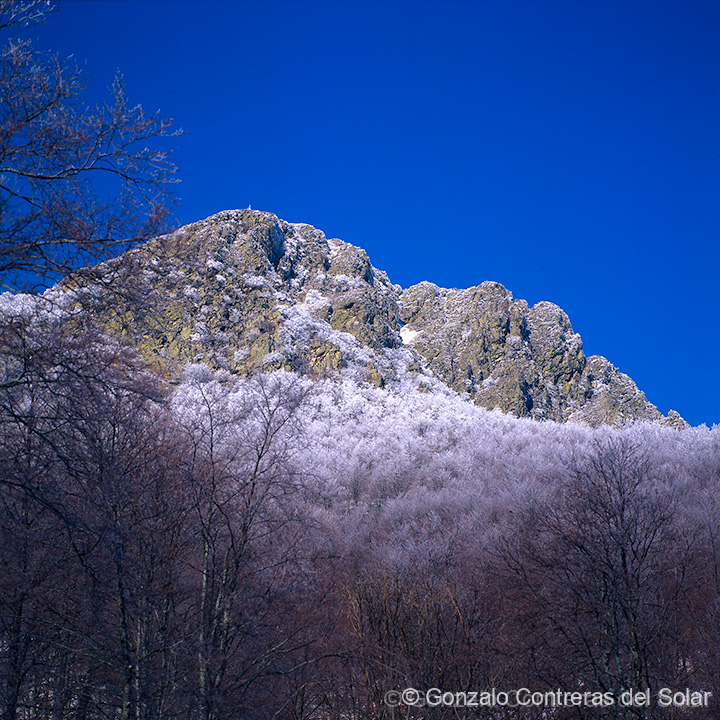 It was a Saturday, I was flying to Barcelona, and from the altitude I could only see clouds, and the weather report said: Rain… Was going to meet a photographer friend Felipe, who I had not seen for many years since he left Bolivia. He was the person that convinced me to enter the medium format cameras. I had called him a couple of days earlier to organize a trip where I could take photographs of Water. 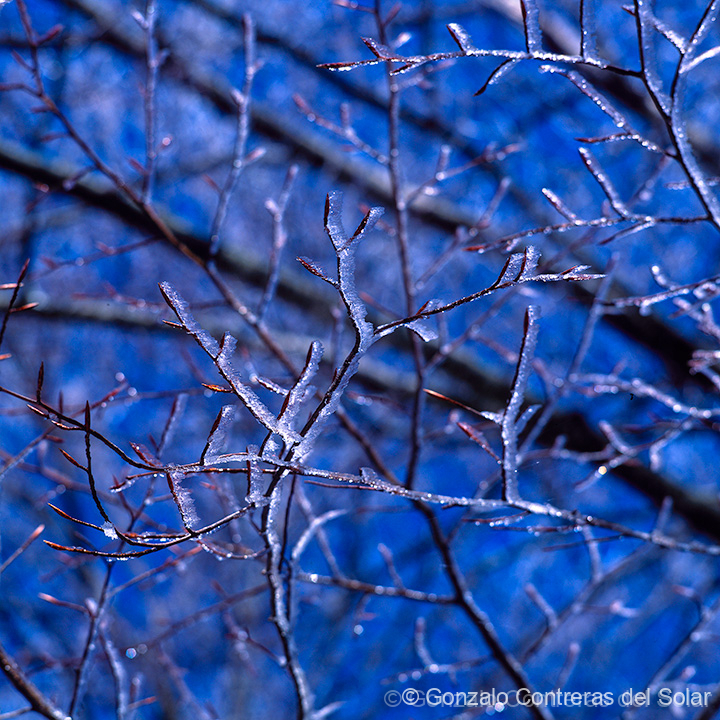 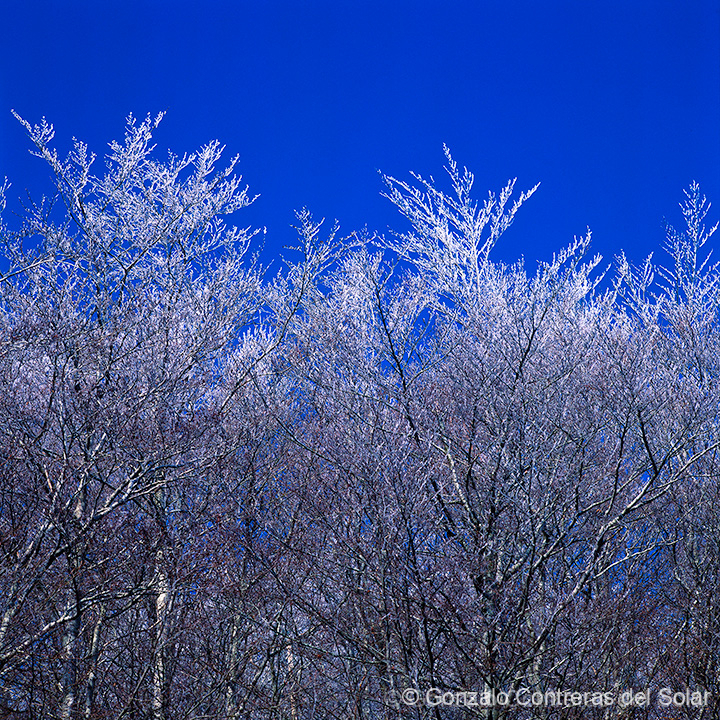 Sunday came along; the clouds had made us the honor to disappear, so we had good sun light. We rushed up the mountain to the Montseny park and by 8AM we started taking photographs. Half an hour later most of the hikers that climbed the Montseny arrived. They watched with curiosity these two photographers with large cameras that were taking photographs of tree branches. From the distance you saw white painted trees contrasted with blue sky. The rain of the previous night had frozen and made spectacular forms, I named them Montseny in Blue and white. The image in the center shows the effect, and is one of the many photographs I took with film.

Note: By midday, the sun melted all the ice, and the white beauty disappeared.