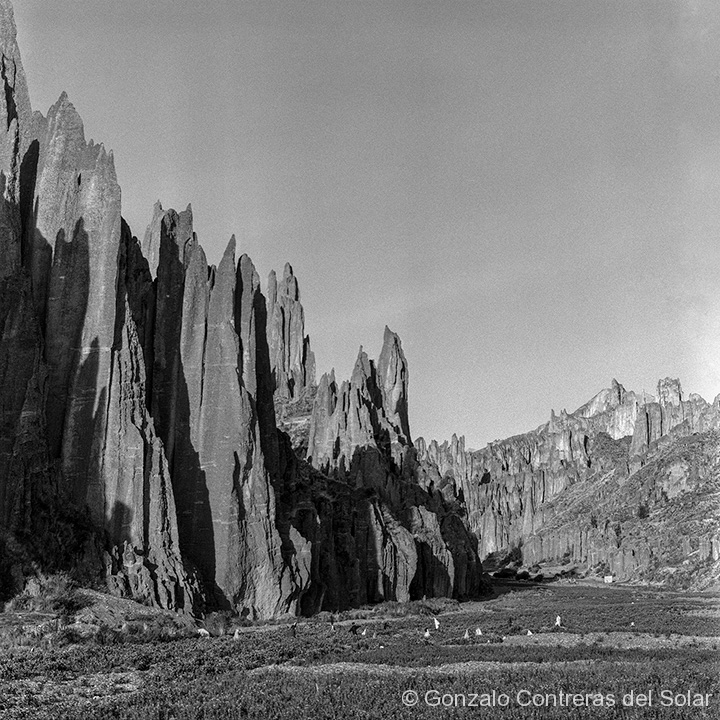 These are images of Cathedral organ formations. 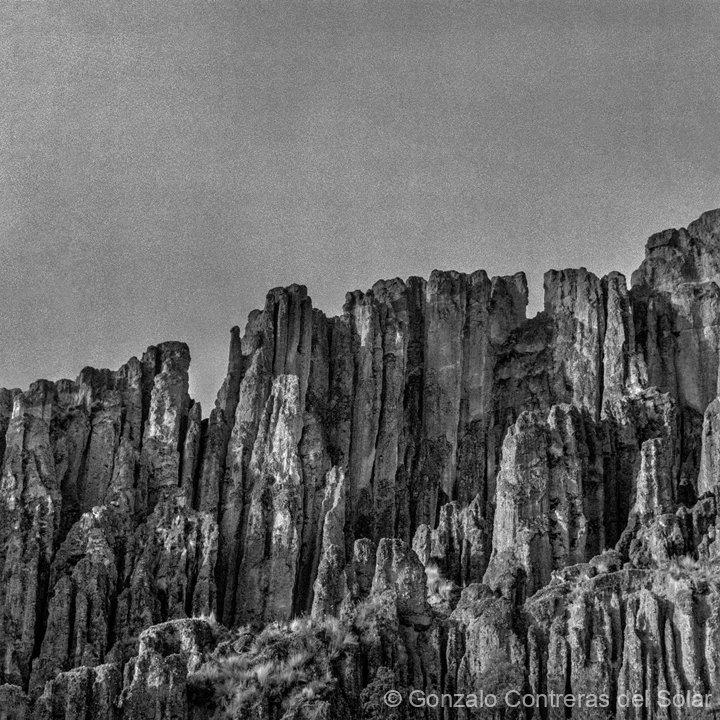 When my children were small, we went to this place that was 30 minutes from our house. The road was very bad, and it would end at a far distance from the formations. As the children would not be able to walk long distance, made just a few images. 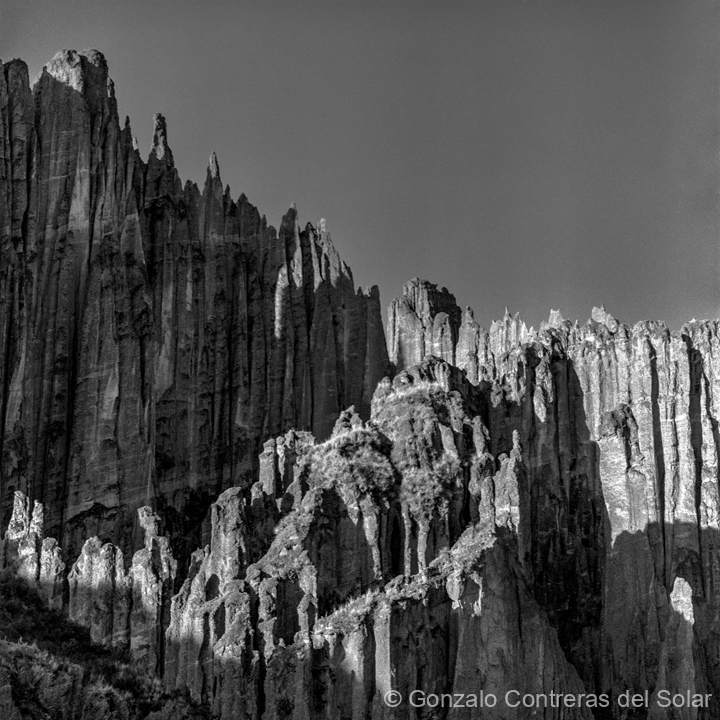 Two weeks ago, I went back to La Paz to visit my mother, who happens to be 94. One afternoon after a long lunch and conversations from past to present, I returned to this place. 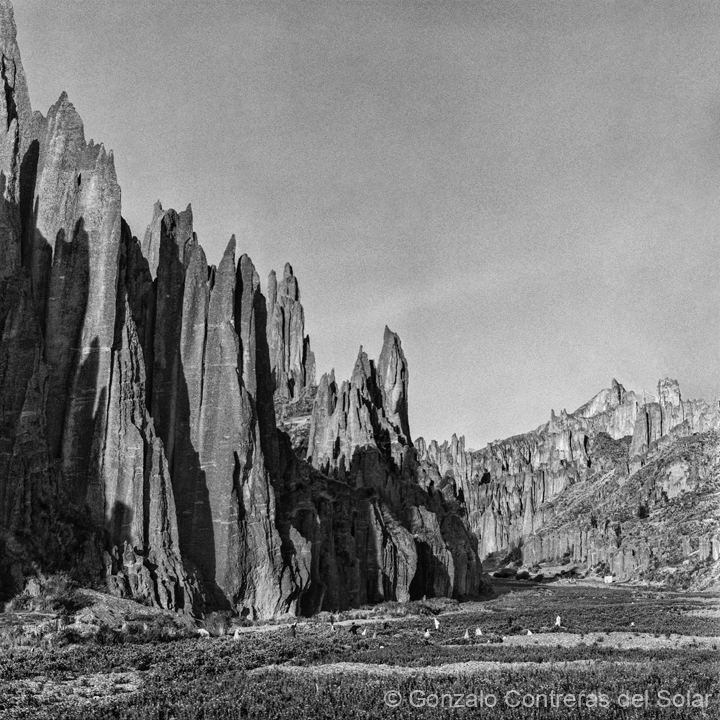 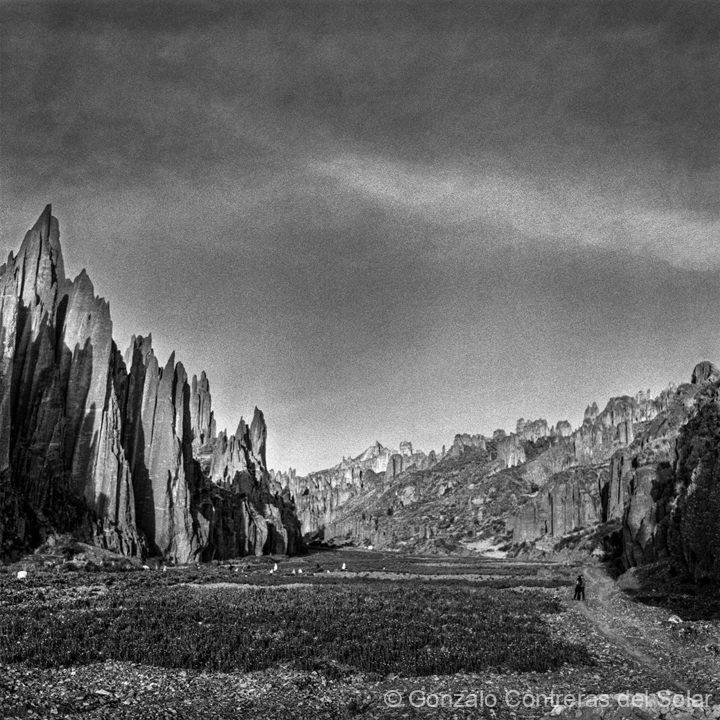 Normally take water  images, but these formations captured my interest, they look like the pipe tubes of a cathedral organ.
Although had carried color film, I forgot the second film carrier, so could not inter-change color and B&W films.

In this image I included a couple that were also admiring the formations. 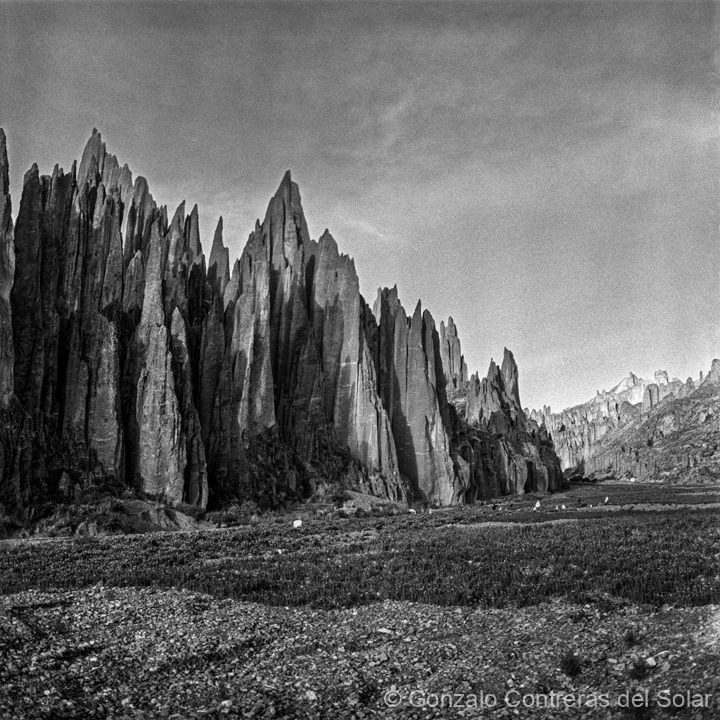 Due to the light goes out very fast at sunset, I had to settle just with B&W. My expectations were to have clouds, but unfortunately that afternoon they were absent.
While taking the photographs, I noticed a plantation that covered the entire river bed, which I think were potatoes. Thought that people were working on the crop, but later discovered, they were scarecrows and flags for the birds.