These are the first images I will upload related of our 2022 trip revisiting Italy Dolomites. 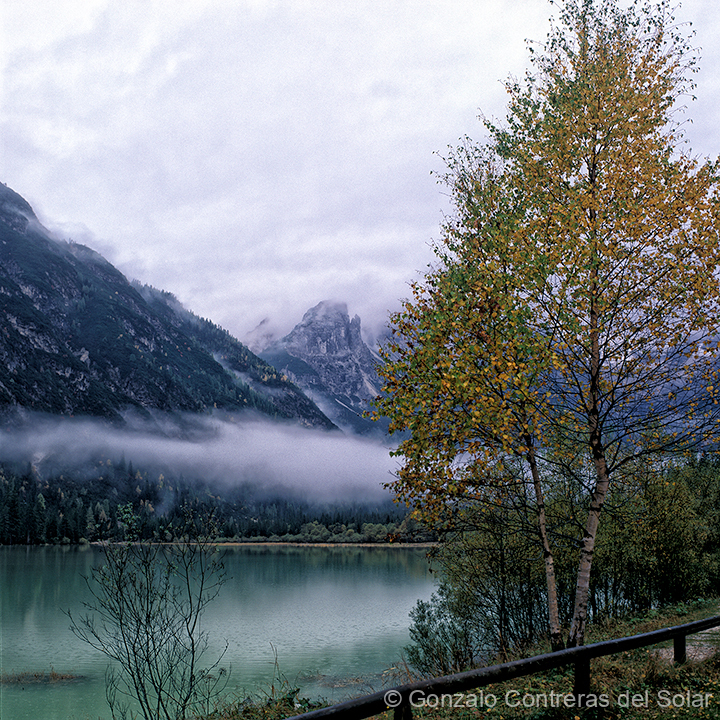 At the beginning of this century, we travelled this region, but it was constantly raining and couldn’t see the Dolomites. Disappointed, on our way to Austria, I found a small lake called Lago di Landro. I was able to take just a few images with film, when the rain stopped.

At home when I developed the film, was able to see in the background mountains covered by the clouds. I did not know that there were the Dolomites. 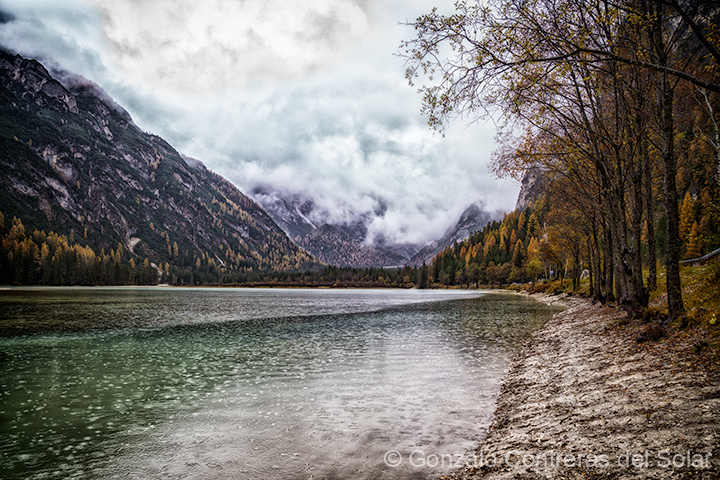 This time, coming from Austria to Italy, we found a small lake adjacent to the road. We could see the Dolomites on the surroundings, and rapidly remembered that this was the lake photographed 22 years before. I was testing a new Polar filter from Heliopan, and somehow the images did not come well. I had to return the following day to retake them. 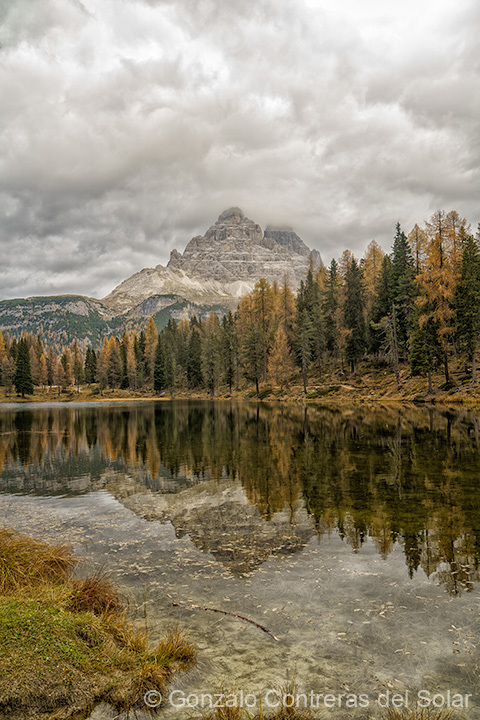 The lodging was a small hotel in front of Lago Antorno, a very small lake, but has all the Dolomites surrounding it.

I made many images, some panoramic, before the clouds coming up from the valley would cover the entire seen. There were a few photographers waiting for the sunset warm painting, that did not happen as the fog and clouds covered with a white-gray color the entire seen. 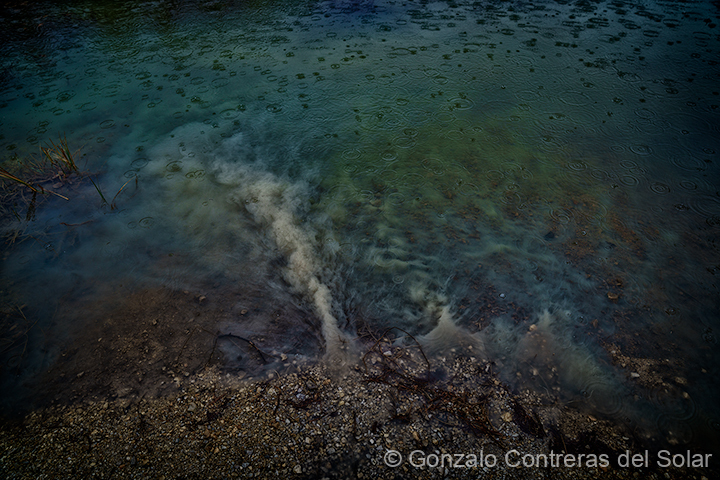 The following morning it was raining, went to the lake, and found a small stream of water tainted with white lime, contrasting with the lake green water. I liked the composition and registered it. 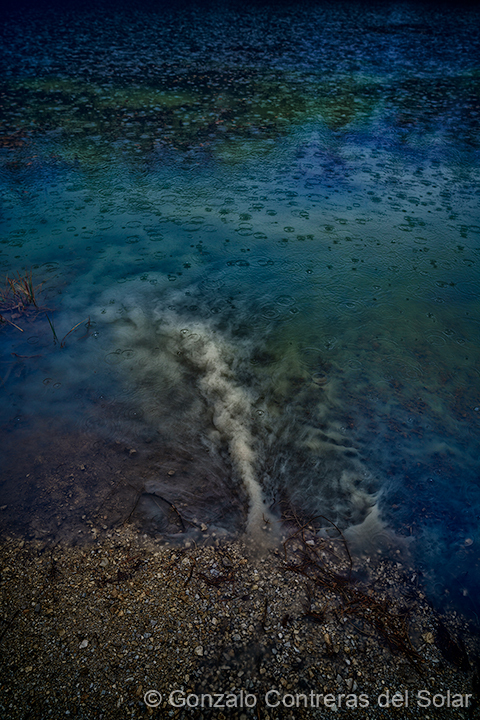 Later that day we returned to Lago di Landro, images came out partially what I expected. Will have to return someday revisiting Italy and its Dolomites.