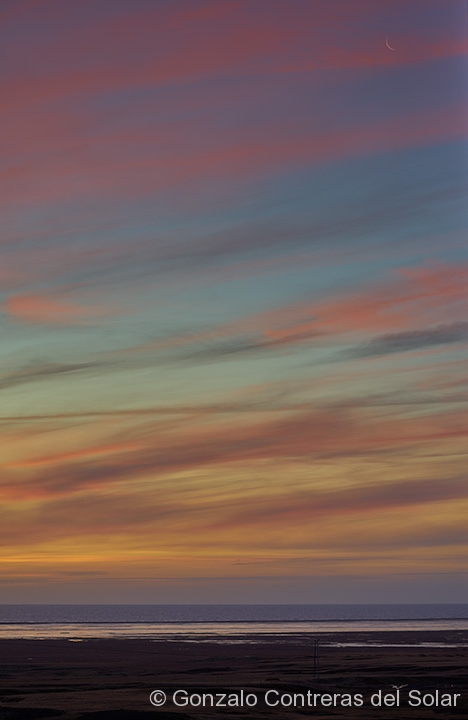 The color of pastel clouds in Iceland in November from what I understand are due to the sun that stays low in the horizon.

I woke up early before we would go trekking to the ice caves. From our hotel bedroom, we had a great view of the ocean at Öræfi. Noticed that the moon was up high in the horizon. The windows had a look and gave limited opening. Had trouble placing my camera outside and registering land and moon within the same frame. This image was made handheld as could not use a tripod, besides had a partial view of the camera screen. The morning light gave pastel colors painting the clouds. 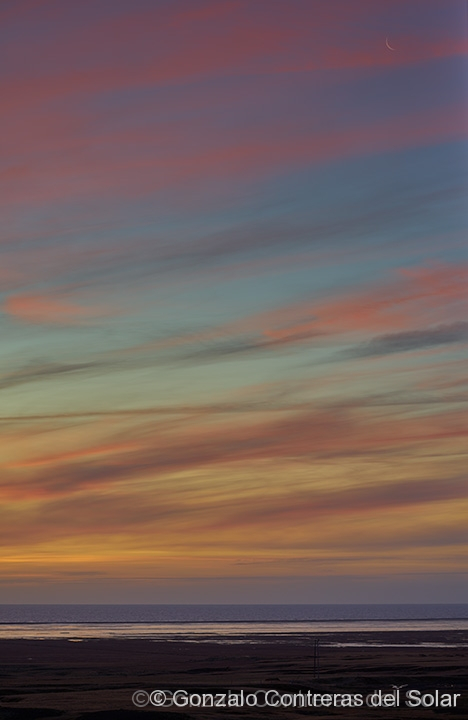 During the glacier walk, my Rollei camera encountered it end of life, so was not very happy. After our incursion in ice caves while returning, the road to the highway from the cave was almost inexistent, the driver had to go very slow. The November light at  this latitude would soon go away, I asked the driver to  speed a little, which he did. 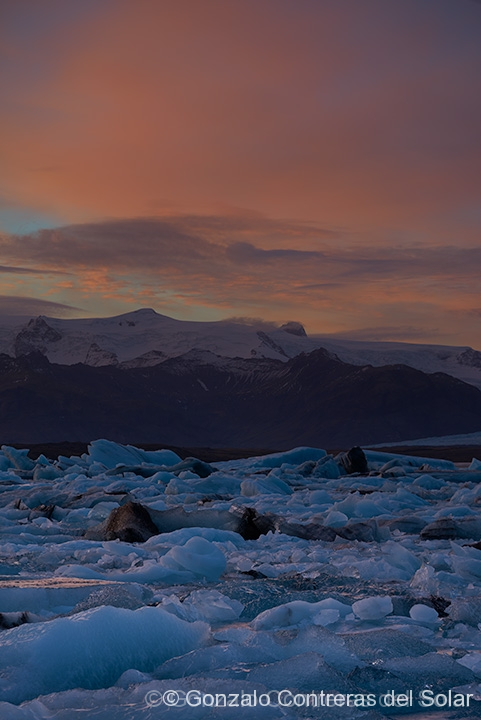 Fortunately, we were able to take many pastel colored pictures, which was still on the horizon. 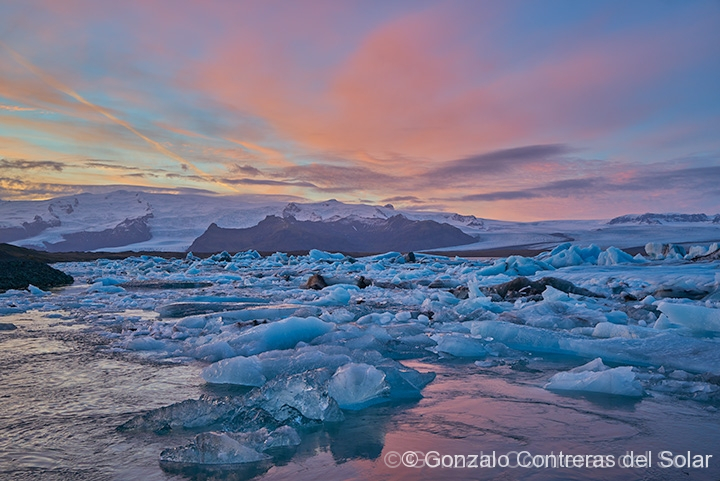 During the travel, I encountered some panoramic views with clouds. Although the blue sky was not strong enough to have contrast, I took the color images. After a few years I redeveloped the images, and tried the Black and White digital version, where dome details appeared. 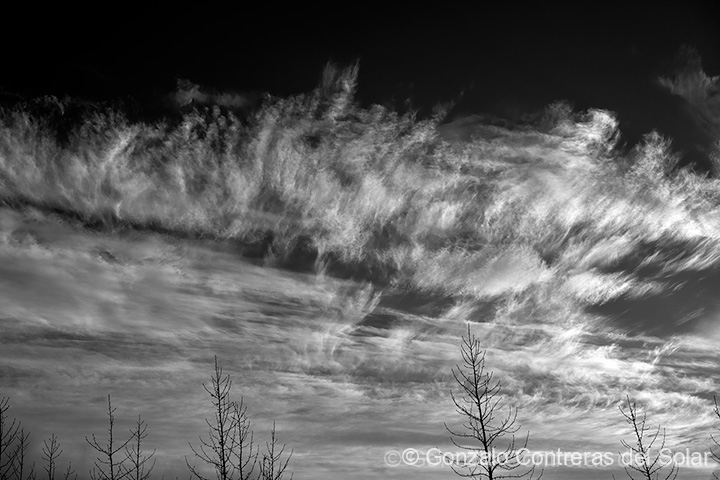 The first image was taken in front of the Hallgrimskirkja Lutheran parish church at Reykjavík and the second, the church. Both have the Cirrus clouds formations. 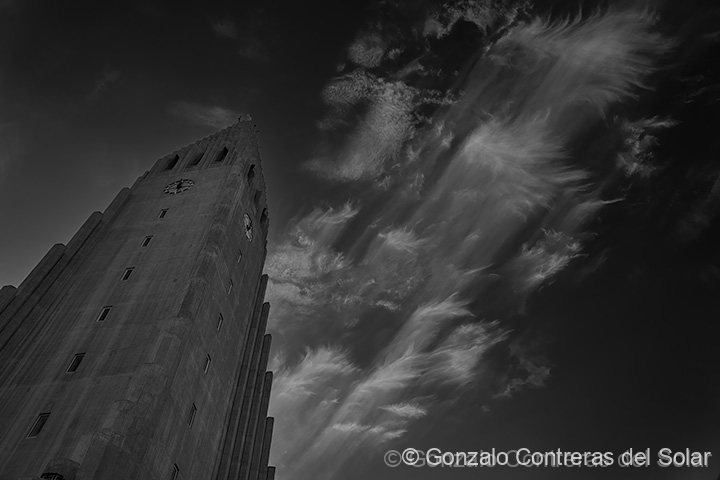 This third image was taken at Glacier Lagoon a couple of days earlier, where I made images of the pastel clouds in Iceland. 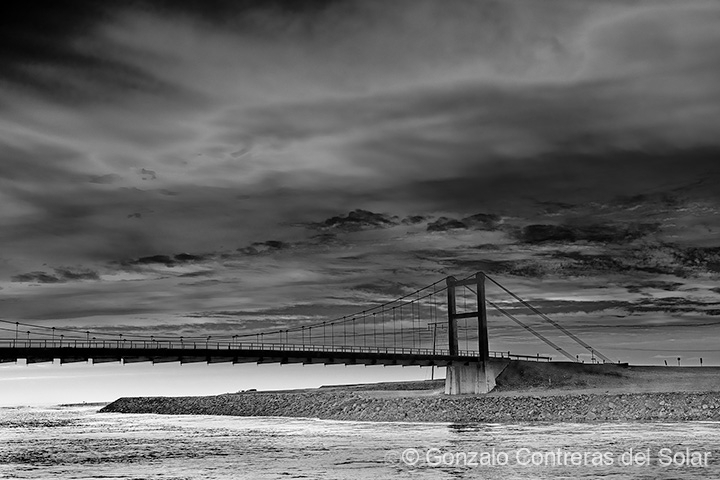