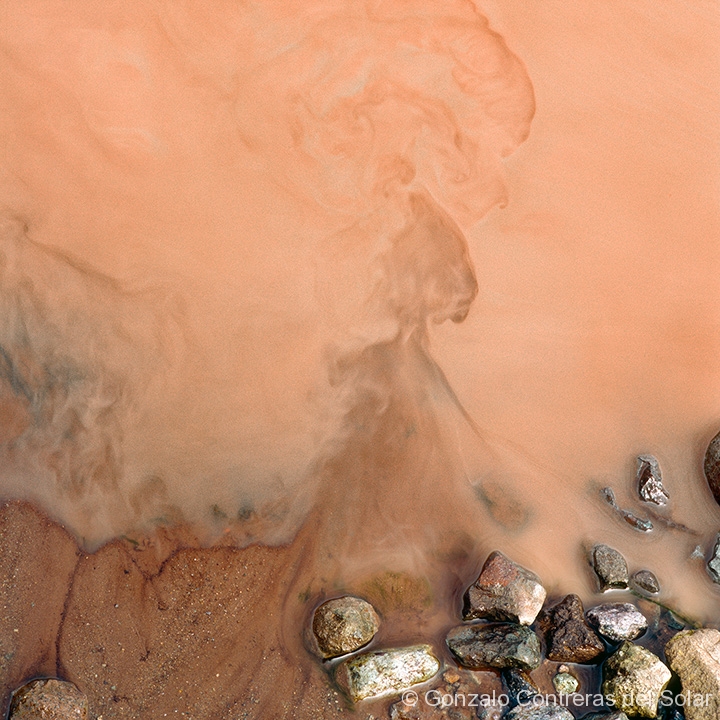 These are images of water smoke, as I call them.

Sony had lent me one of their latest Alpha 850 model. I decided to test this camera before I made an investment on a digital camera. 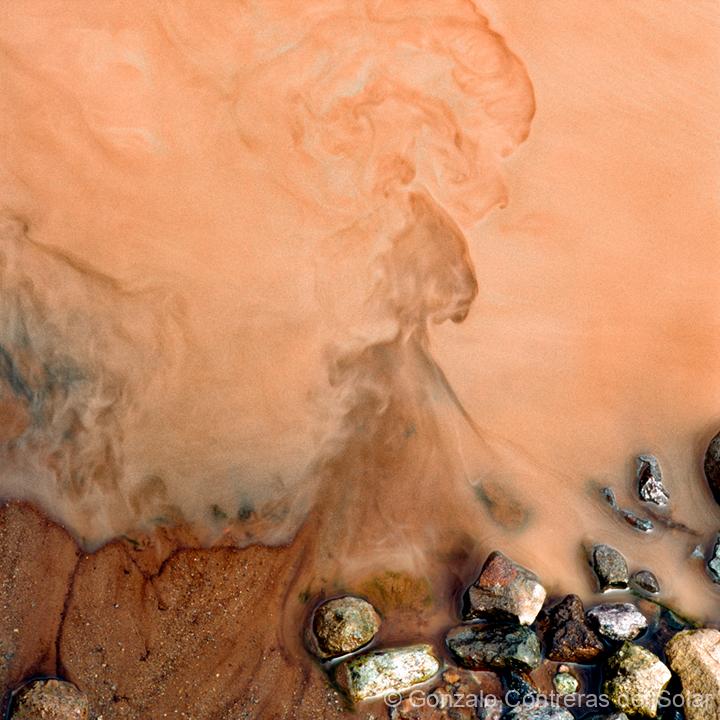 I took my faithful Rollei 6006 and the Alpha 850 to a place near Santiago called Yerba Loca. Which is Natural Reserve and I had made many beautiful icicles photographs a few times. 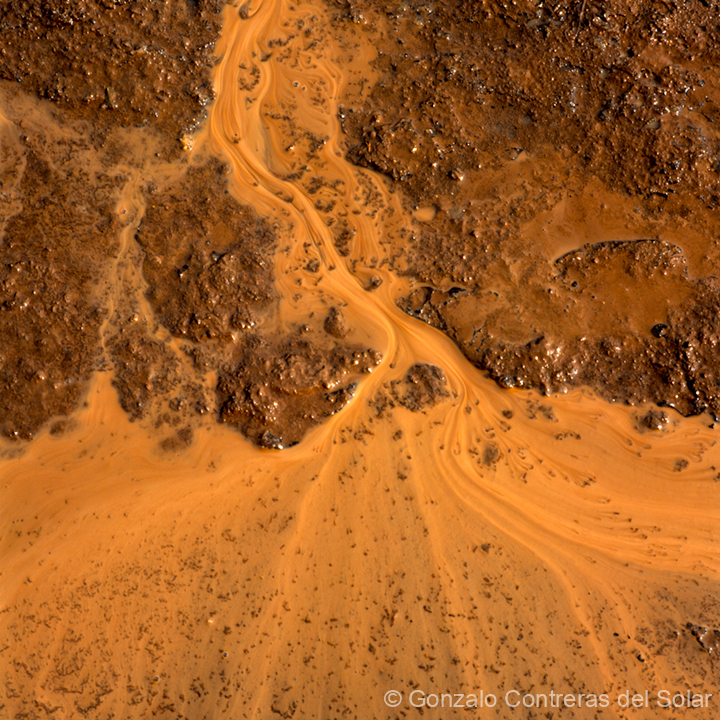 In this occasion it had rained much less than in the previous years. Expected to find snow or ice, but arrived one day late, the small amount of snow had gone away. It wasn’t that cold either, so no icicles formed in the water stream, in fact there was almost no water.
Disappointed with the trip,  going back to the car I looked around and found the tainted water forms. 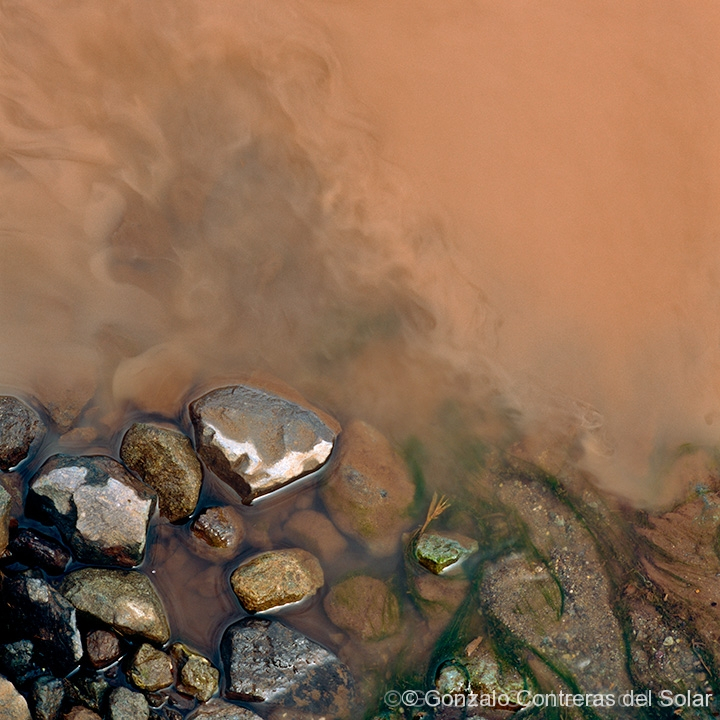 It had a yellow/brownish color of the earth running down through the dirt road. The interesting form captured my attention, mimicking a cigarette smoke, but water smoke. As a car would pass by, it would change the design. I made many images that day.

I did not buy this camera until Sony produced the full frame format with 36 Megapixels years later, the Sony A7R.