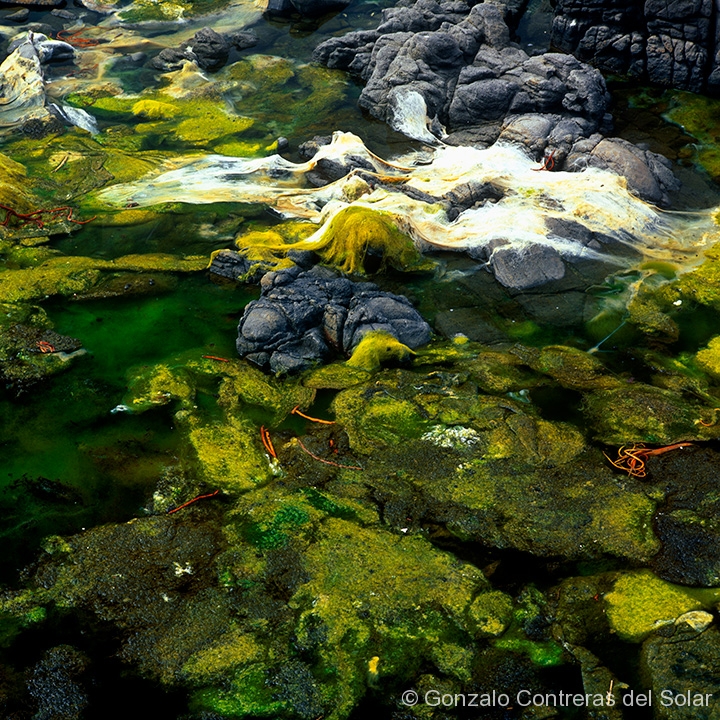 I am sharing this history of the mattress and the pond during various year of visiting Salinas de Pullally ponds. 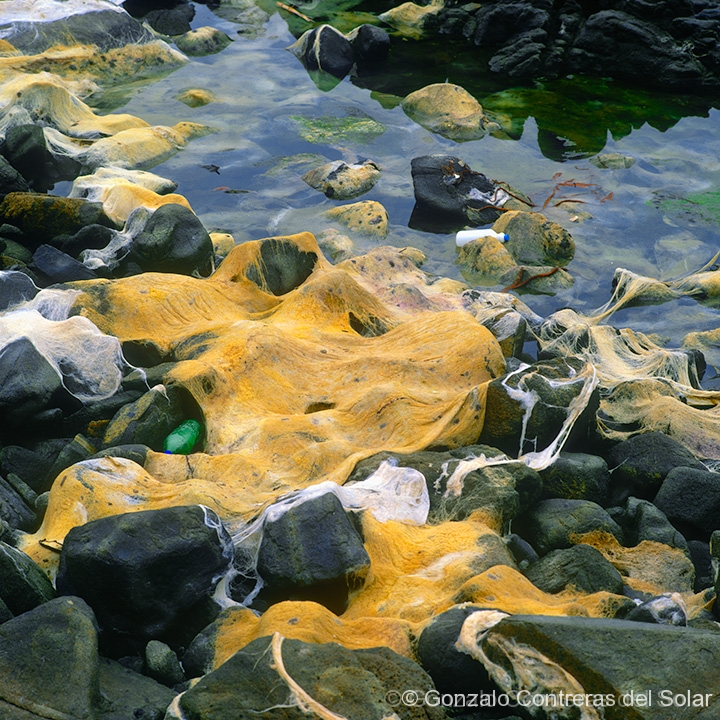 A friend had invited us to his house in a private estate called Salinas de Pullally close to the sea. While scouting places where I could take photographs near a cove, I found these ponds. They were formed within the rocks near the seashore  line. 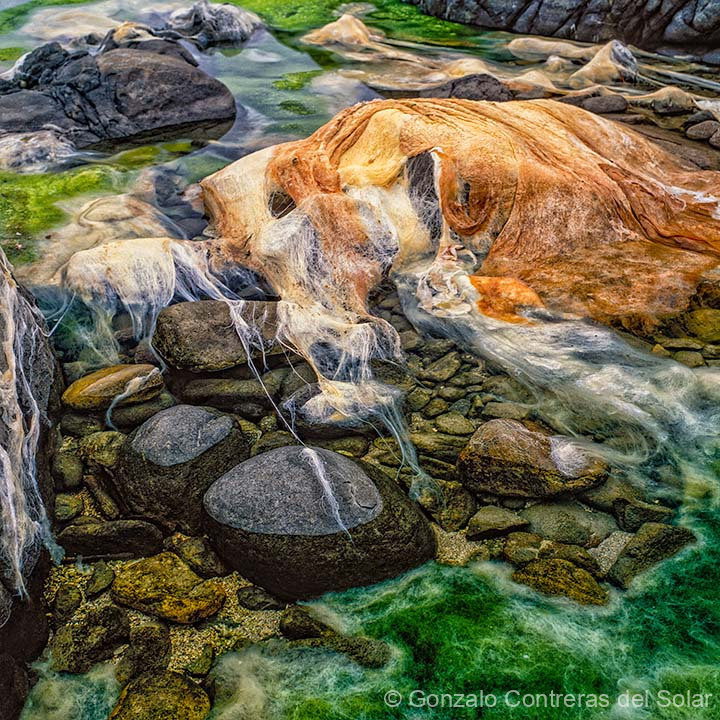 From the hill I could see strange colors floating on the ponds. Getting closer discovered that apparently someone had thrown a mattress to the sea. Guess that during a storm, the mattress was destroyed against the seashore. 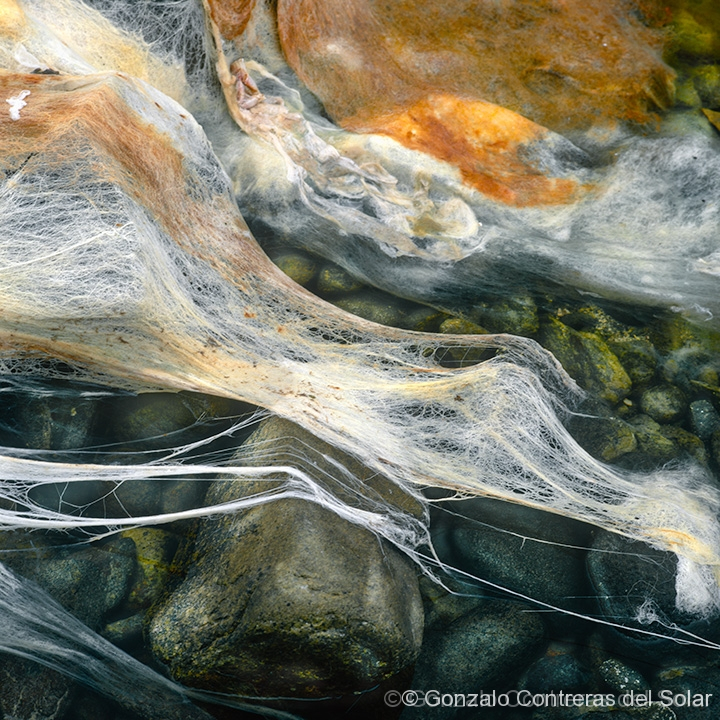 The rocks pulled all fibers out from the upper cover. 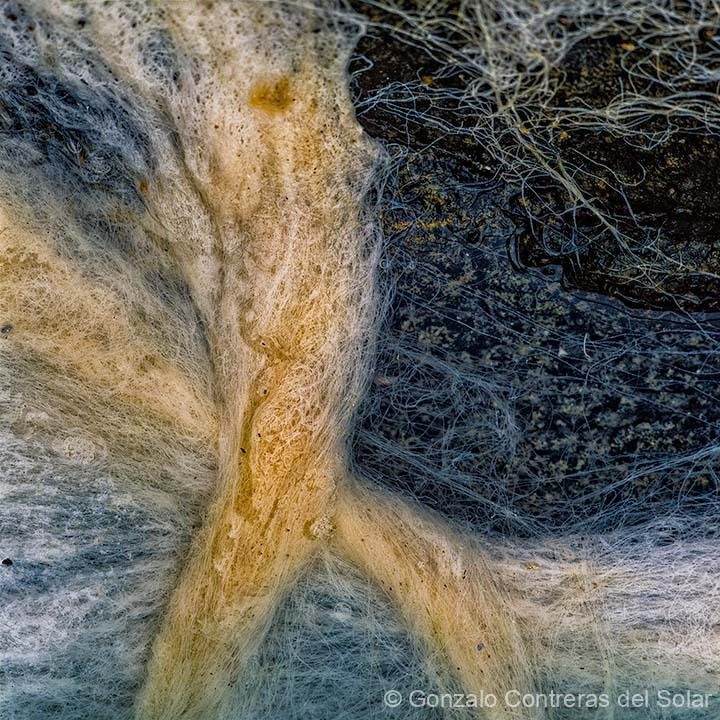 The water movement had violently laid them giving a calm surprising scene. 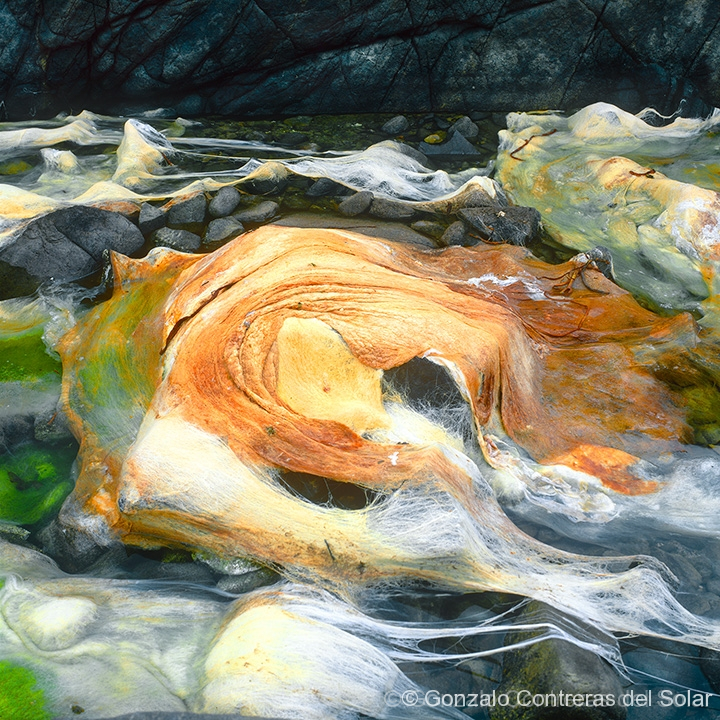 Images captured in many rolls of film and would  return a few times during a 7-year span. Wanted to register the pollution decay of the fibers. 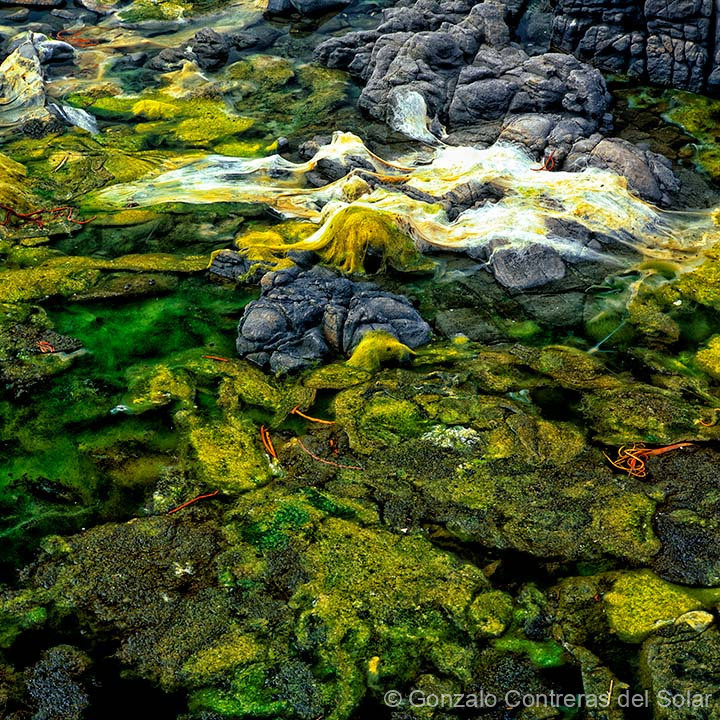 From the series of reflections on  water, this one belongs to the images I made at Salinas de Pullally seven years later. The ponds kept the fibers of a mattress for many years. In this case the fibers had disappeared, and you could only find algae. 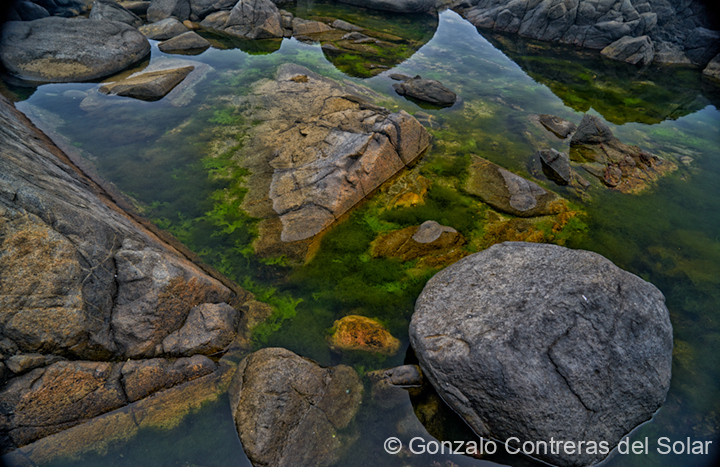 I continued visiting to capture and write the tale of “The mattress and the pond”.