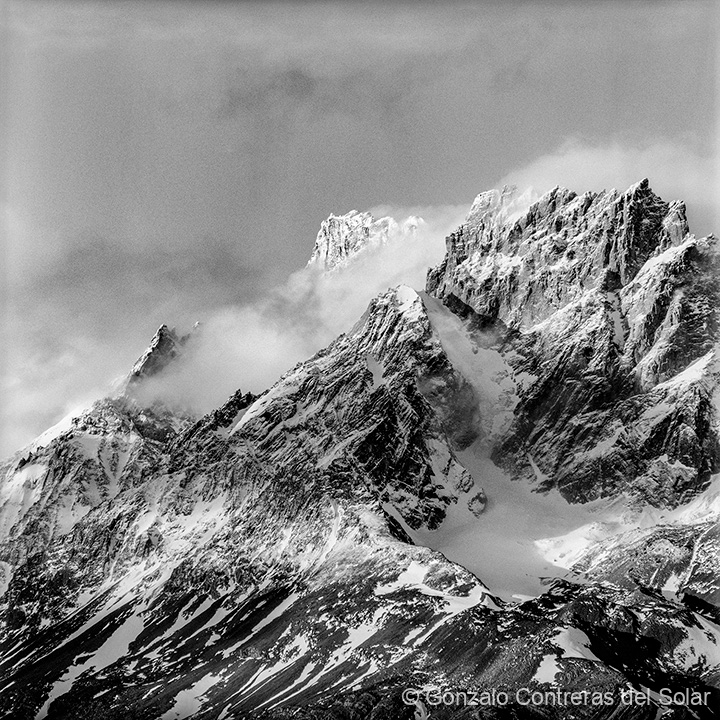 These images are from Torres del Paine mountains, at this beautiful National Park; portraying the “Gran Paine” and Bariloche mountains. 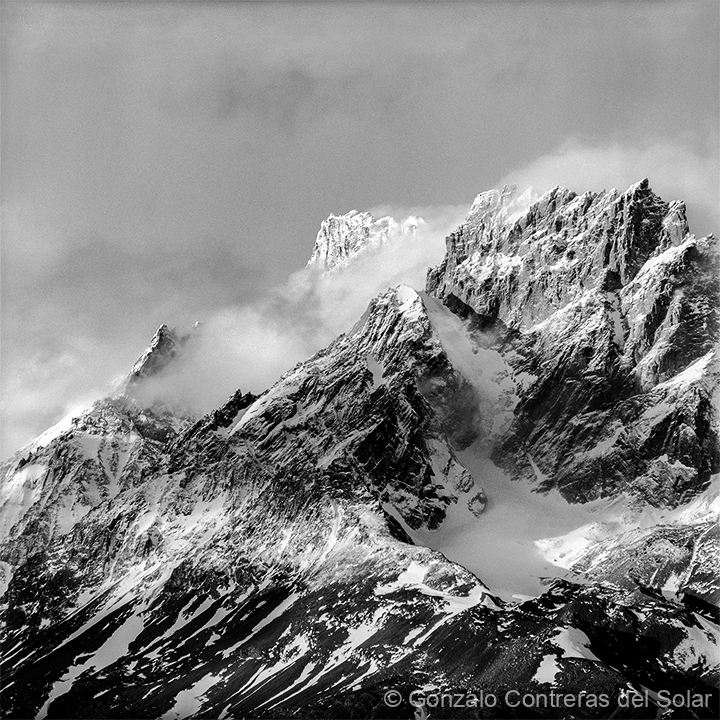 I took this B&W image in 2002 while having dinner at the hotel that overlooks Lago Grey. My I noticed the appearance and the old Rollei 6006 captured  impressive Gran Paine mountain emerged out of the clouds.  This camera followed me until 2016, dying in Iceland due to cold weather after 32 years of faithful work. The mechanics froze, while the motor advanced, destroying all its internal bearings. 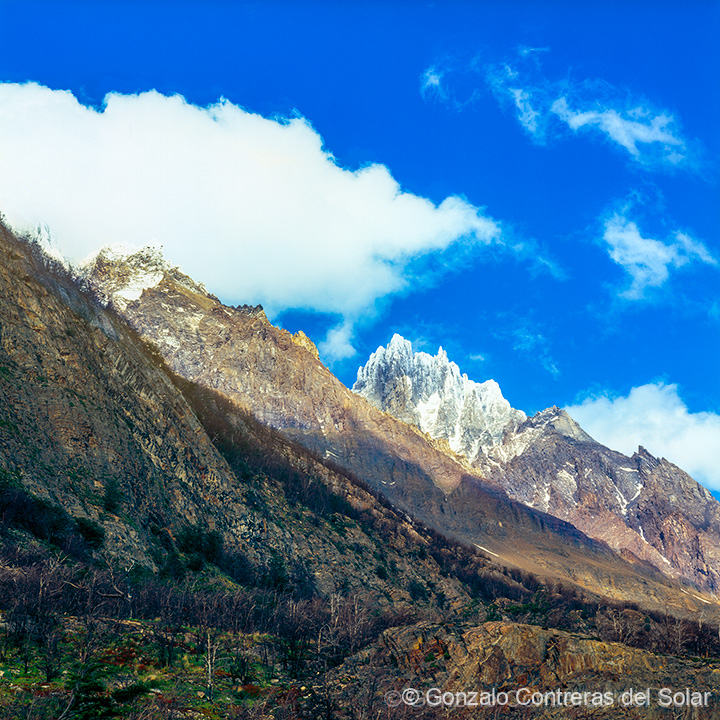 On a new trip in 2013, I went with my daughter to the park. This time the lodge was on the opposite side of the lake, adjacent to the Grey Glacier. I originally planned to trek on the glacier, but the hike was canceled when we arrived. 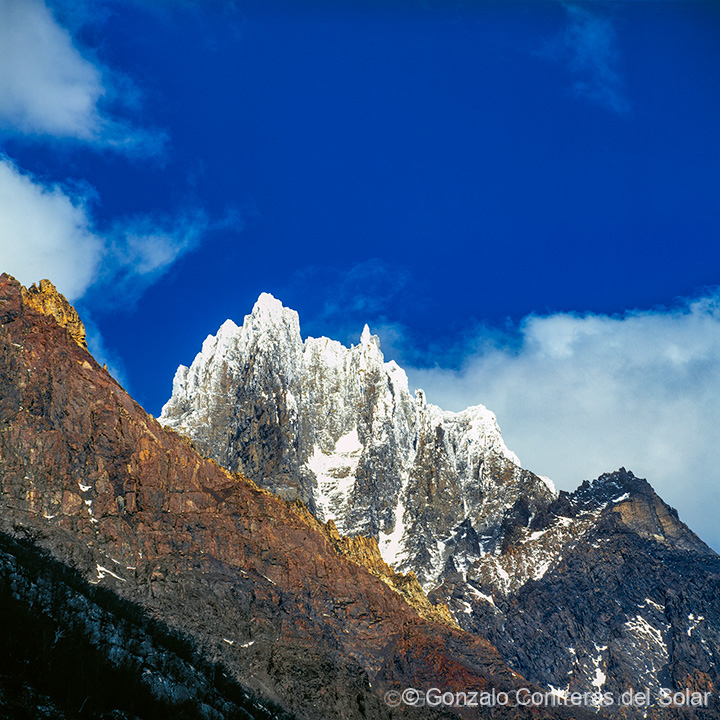 The clouds covered and uncovered the mountains within very few minutes.  As I arrived to the vantage point I wanted to take photographs, the mountain vanished under the clouds. I waited an hour for the  strong South winds to move the clouds, revealing the Bariloche mountain. All images Torres del Paine mountains were taken with film. Took many photographs, but I liked only some of them.

Clouds seen from above