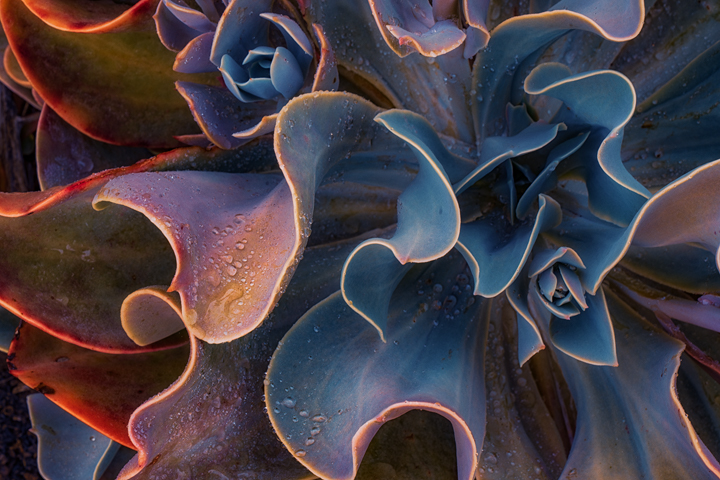 These are images of succulents’ that we planted at the entrance of our house at Santa Gabriela.

For many years we had a small tangerine tree marking the entrance of our house, but it suddenly died. We never knew the reason but guess that one of the gardeners emptied the remaining of an herbicide on the surrounding soil. He used to spray it over the parkway, so grass and other herbs would not grow over the gravel entrance. 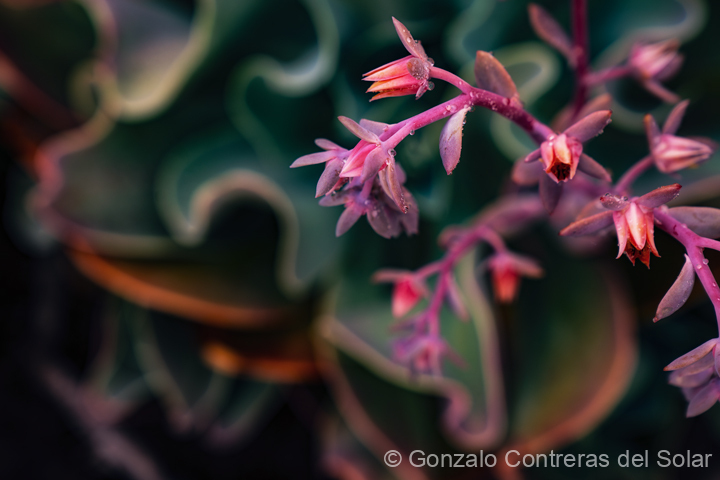 The tangerine replacement was another tree, a Japanese Maple, however it did not last long. It could be the heat and sun that this zone of the house has, or the contaminated soil. Finally we replaced the upper level of the soil and planted an assortment of succulent plants. They have lasted since last summer and throughout the winter as well. 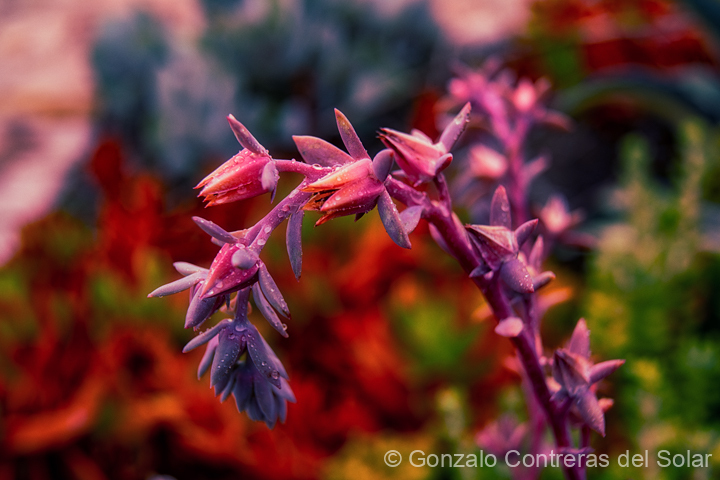 After this introduction, and as I could not go out due to the pandemic, they became the subject. Used my Rollei 6008 with Black and White film, images that I published last September on post Santa Gabriela Garden. Although I used Zeiss prime lenses, which were built with 30+ years old technology, images were not sharp and the film grain produced a soft look, and very little depth of field. As I used the extension rings, the depth of field was further reduced.

Last week my new Sony A7R IV arrived, so I tested it with taking images of the Succulents.

The lens quality paired with the extension rings; I was able to do macro photography.  Sharp details where I wanted and beautiful bokeh on the backgrounds.

Will continue to record the succulents at Santa Gabriela until it is feasible to travel.