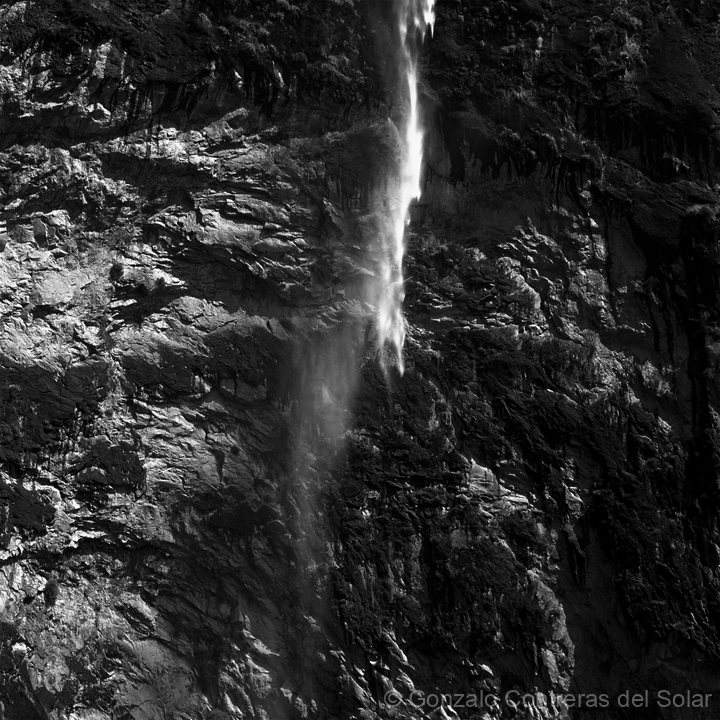 These are images taken from a waterfall at Cajón Río Colorado,  located near Alfalfal hydroelectric power station.  I published some time ago on my blog Vertical Water, images of the same waterfall, but from a distance 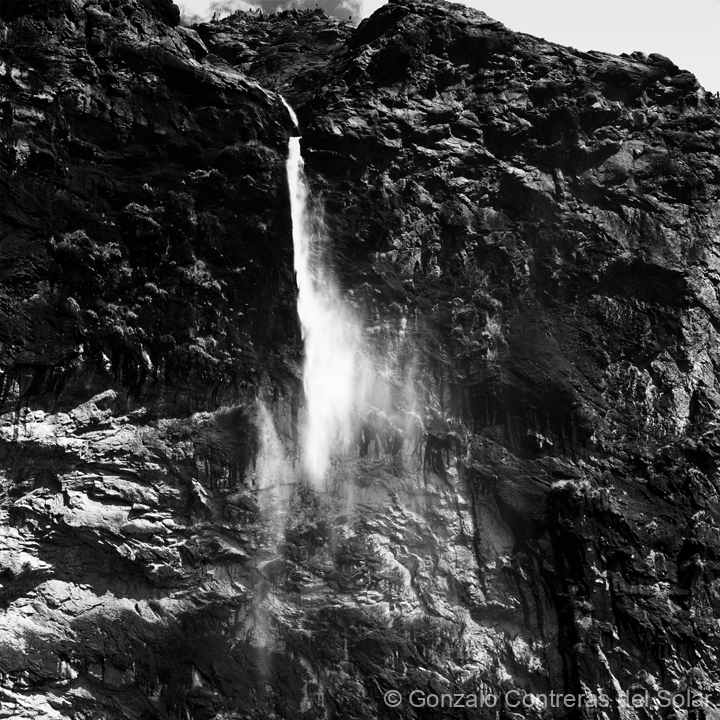 During  weekend sightseeing through the Cajón Río Colorado, near Santiago, I saw a distant waterfall. All though I had with my Rollei6006, had only taken on lens and the Waterfall looked small in the viewfinder.

I would return 2 years later at the end of Spring where there was still plenty of water. This time, I came with full equipment, including a long and very heavy telephoto lens. My two younger children came along, it didn’t look a difficult path, as could see the waterfall one kilometer away.

At 75% of our trek, we found a steep hill and started to climb, however, not difficult for young teenagers. As we climbed the hill became almost vertical, had no ropes or anything to secure us. Knew that I wasn’t far away from the top of this hill, thinking that the waterfall would be located there. Couldn’t risk the children, so left them on a flat small entrance, and continued with my heavy backpack and tripod. 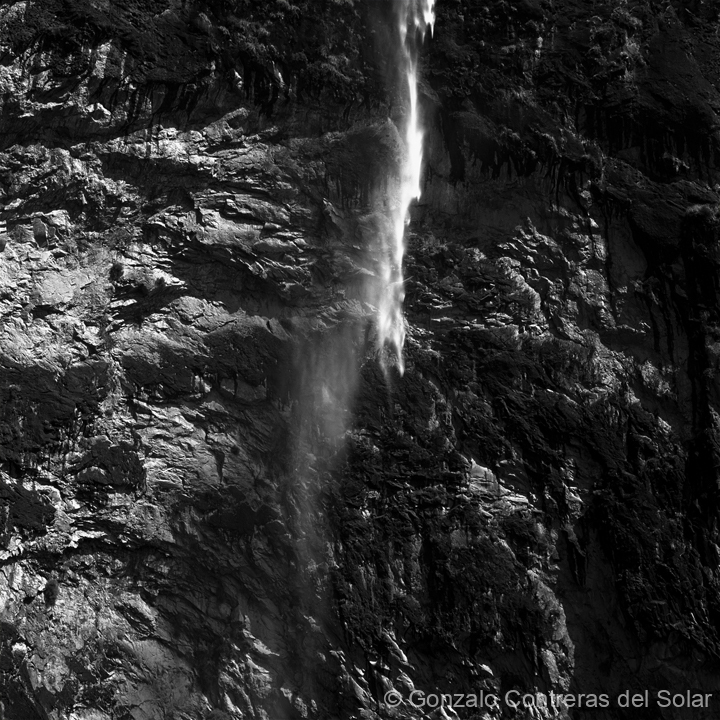 When I finally made it to the top,  discovered that there was a cliff separating the hill and the waterfall. Also, I was still far away from where I planned to be. The children were 50 meters below, but the strong wind would not allow me to hear them, and vice versa.

Due to the height, as well as the strong winds, the water evaporated into mist at the middle. No apparent water arrived at the bottom, just the mist that gathered in the ground becoming back into a stream.

I had to rush putting film and mounting the camera over the tripod with the long 450mm telephoto. Placing the tripod almost at ground level, to avoid wind and vibration. 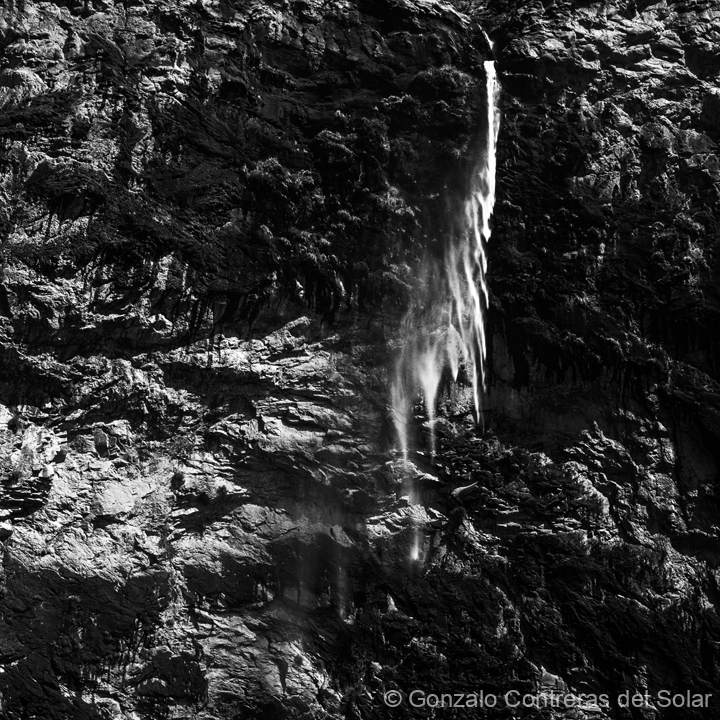 Although the images came sharp, the chromatic aberration of the Zeiss telephoto was very strong. I had to discard most of the color images, however some of the Black and White,  have good contrast.

While all this was happening 4 Cóndores were flying around us with curiosity.

This week I have digitally redeveloped these images which I am sharing with you.

The mattress and the pond