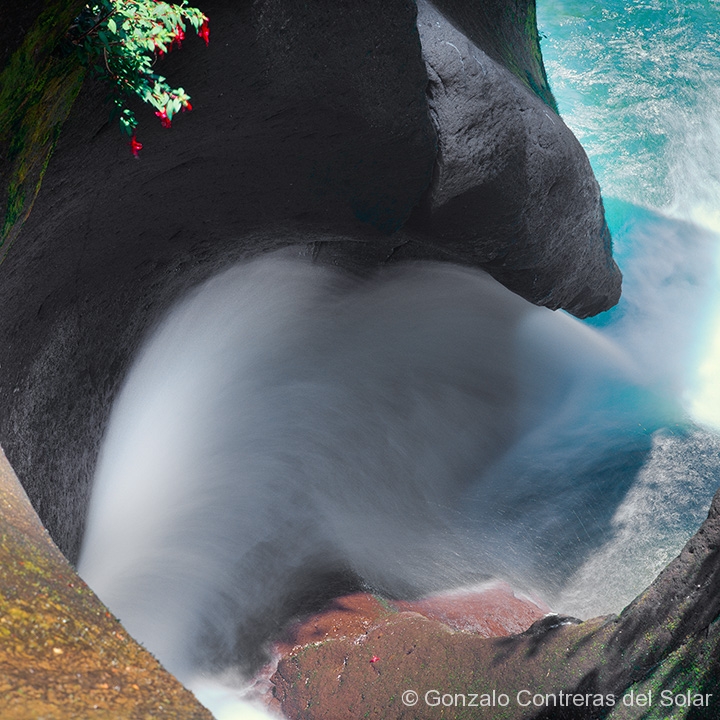 This is place called Huemul Alto is near Sierra Bellavista, South of Santiago.

People who do not like the beach, some will have a mountain cabin similar to the Black Forest in Germany. They resisted for many years to install electricity and telephone lines. Further up, there is an Oak Forest called La Roblería. 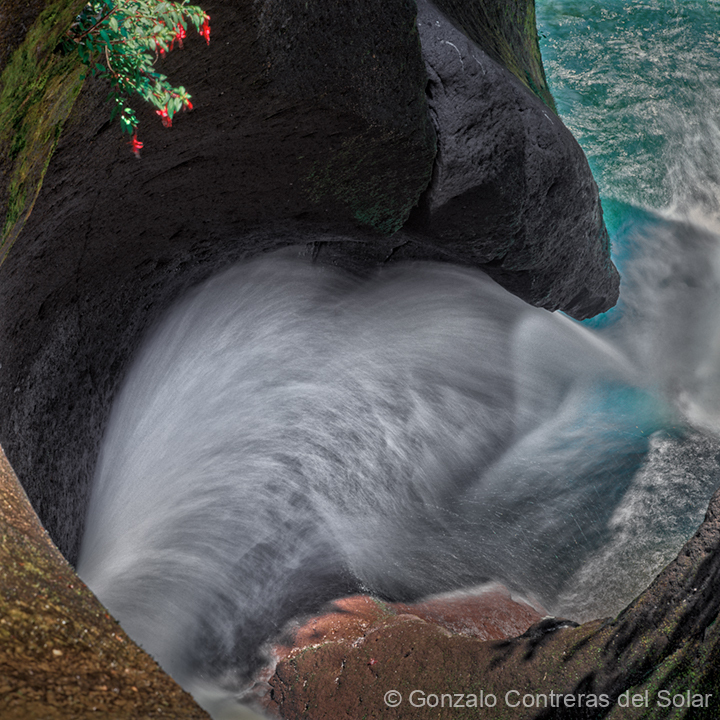 For my first visit to the forest, we had an 8-hour trek. On this occasion, I found out that the forest owner built a road. I got the permit to enter and drove with my 2 elder sons.

We camped near a small creek, after installing the tent, I went scouting and discovered this waterfall. I returned the following day with a large white linen  as a reflector to reduce the midday harsh light. 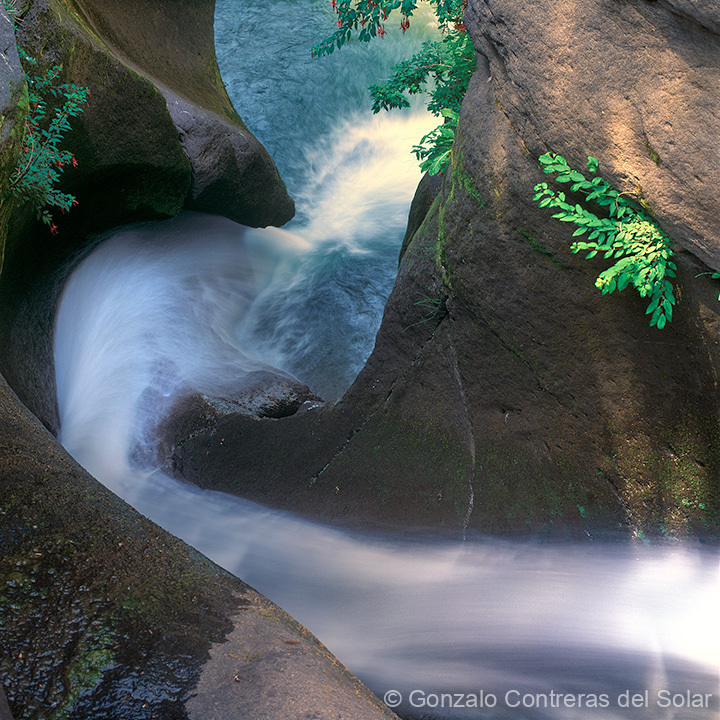 The wind made difficult to install the linen, fortunately, clouds soon appeared and helped me reduce the light intensity. I took color and B&W images, this is the color version of running water over rocks.

This beautiful forest burned unfortunately on a dry summer, people think it was done intentionally. I never saw the old wooden cabin that is said to be at the very end of the forest, where ranchers take their cattle to the highlands during summertime. I would return to Sierra Bellavista and Huemul Alto a few times.