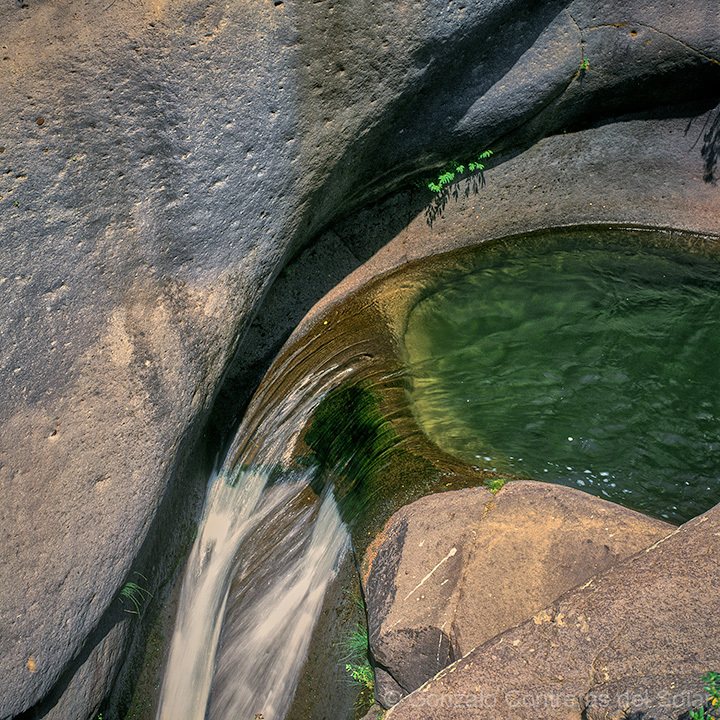 This is an additional image  from a place near Sierra Bellavista, South of Santiago called Huemul Alto where there is a magic waterfall. Although I have published previously other images from this location, this image was hidden.

In recent months I have started using a new developing software, Capture One. This additional software has enabled me to improve the lights of the shadows of certain images I discarded.

This place is related to people who do not like the beach, some will have a mountain cabin. The views in certain places are similar to the Black Forest in Germany. They resisted many years to install electricity and telephone lines. Further up, there is an Oak Forest called La Roblería, located at Huemul Alto. 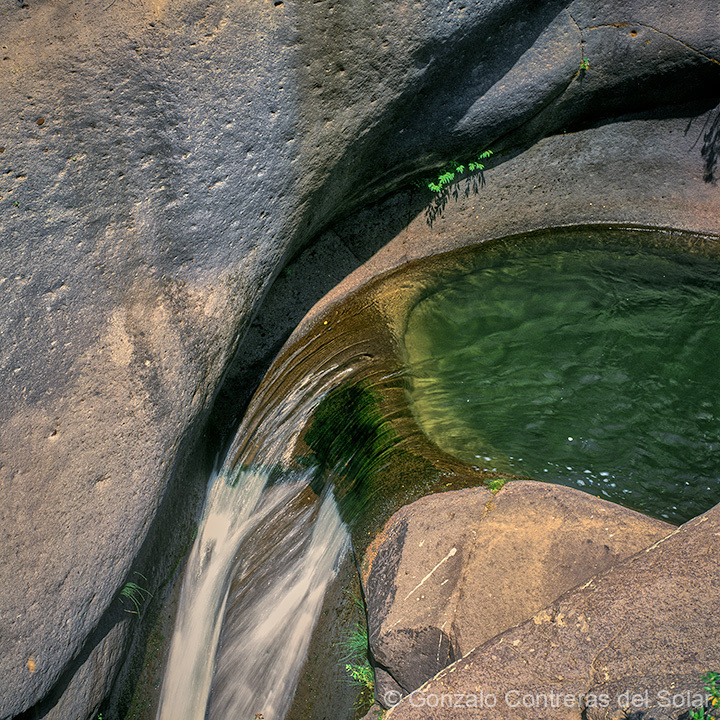 During my first visit to the edge of forest, we had an 8-hour trek. We had walked all 8 hours since early morning and had no sight of the forest. Tired and disappointed as it soon would get dark, we set up camp on a side of the trail. As the sun was getting down, walked till the next curve and found the majestic forest. Following day we walked to the edge of the forest and returned to the city.

On this occasion, I found out that the forest owner built a road. I got the permit to enter and drove with my 2 elder sons.  We camped near a small creek, after installing the tent, I went scouting and discovered this waterfall. I returned the following day with a large white linen  as a reflector to reduce the midday harsh light.

The wind made difficult to install the linen, fortunately, clouds soon appeared and helped me reduce the light intensity. I took color and B&W images at Huemul Alto magic waterfall, this is the color version of running water over rocks.