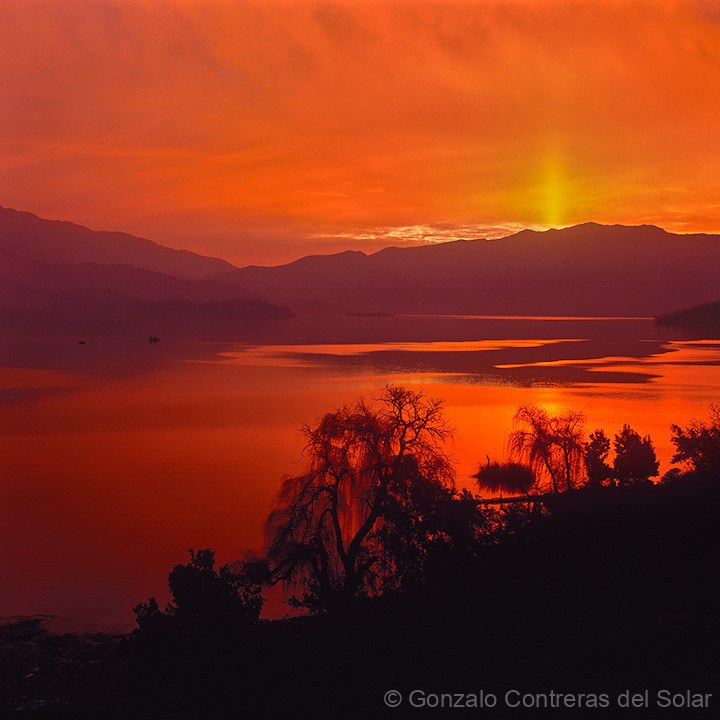 These are images  of lake sunsets viewing the waterfront on different situations and moods.

Taking pictures at Marmore waterfall, the cold weather and waterfall mist, caused my camera to stop. The electronic shutter of my camera clogged, I did not know that this happened, so lost a few images. I heard a strange sound that the camera made but continued taking photographs. It was only until I developed the film that discovered the problem; two entire rolls did not come out. Was very disappointed as the images I visualized as winners, were vanished. 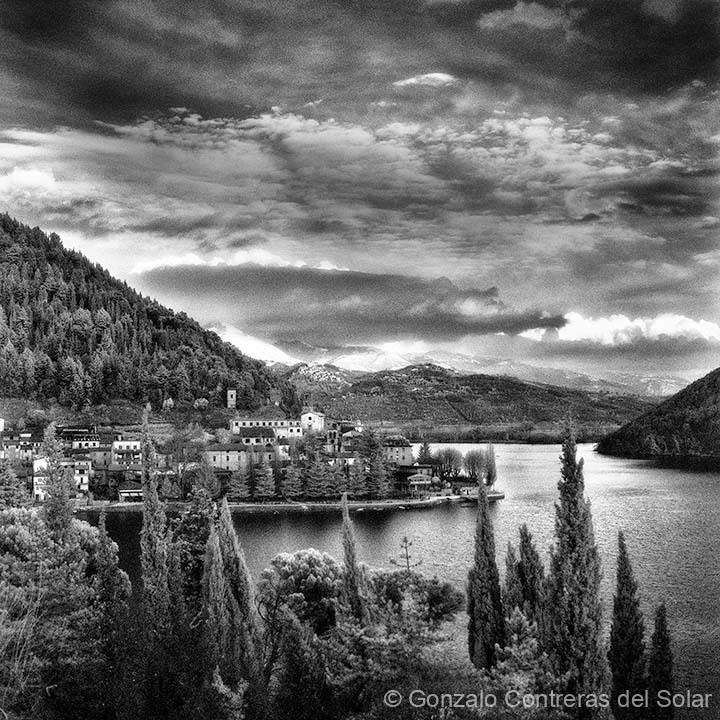 Later that evening, I was dinning at a very nice hotel at Piediluco, with a view to the lake and the small town, when I noticed people started cheering in Italian and went towards the windows of the restaurant, I had to see what was going on…, it was snowing.

Early the following morning, the entire surrounding was white, I took images from hotel room window. This image was taken at sunset the prior day using infrared film, premonitioning of what would look the following day

Note: Marmore waterfall is one of the highest man-made waterfalls in Italy. Is the outflow of a powerplant,  it operates on certain hours and can be seen only at this time. Piediluco lake receives water from three sources and becomes a reservoir for the hydroelectric powerplant.

I published before images of this small lake named Laguna de Aculeo  in the South of Santiago. Today there is no water, it dried up entirely. This is one of the many images a made of wonderful lake sunsets,  when it had  water at full splendor. 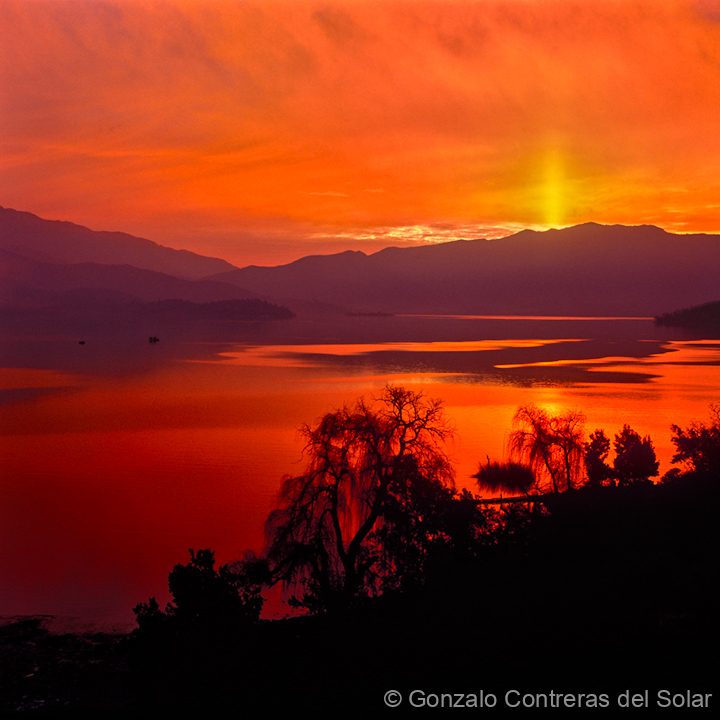 We were on vacations at Puerto Varas, returning from a sightseeing, stopped to by honey at place overlooking Lago Llanquihue. Had all type of honey, at a side I saw this design, which looked like a frame in the sky. Originally I took a color photograph of the bee, but the B&W is better. 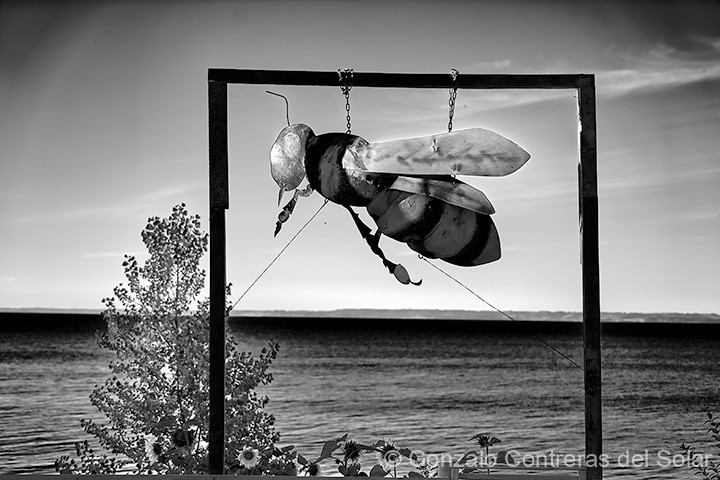 Water clouds returned for a moment