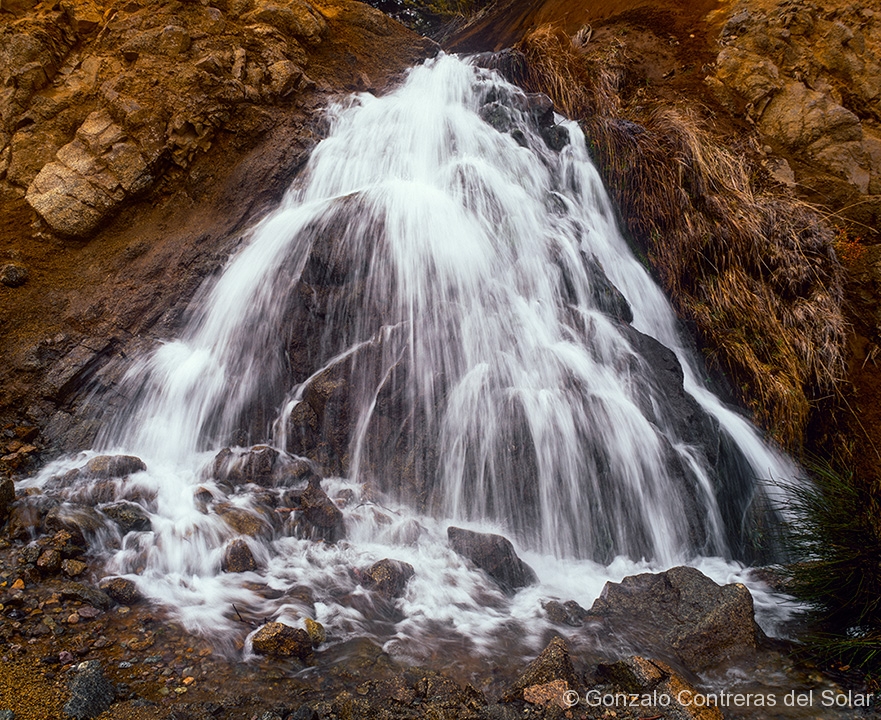 This is an image of a Waterfall at San Martín de Los Andes.

We were on holidays and decide to go skiing in Argentina. After leaving all my family at the ski lift, I wanted to go up to a frozen waterfall. Tried to convince the people who managed the ski resort to let go to the top of the hill. Only possible taking a tour with them, which I was not willing to pay due to the outrageous cost. Decided to take pictures from the surroundings. During the trip I took many rolls of film but was not happy how the images came out. This small waterfall was at the side of the road towards San Martín de Los Andes and was amongst the few I liked. 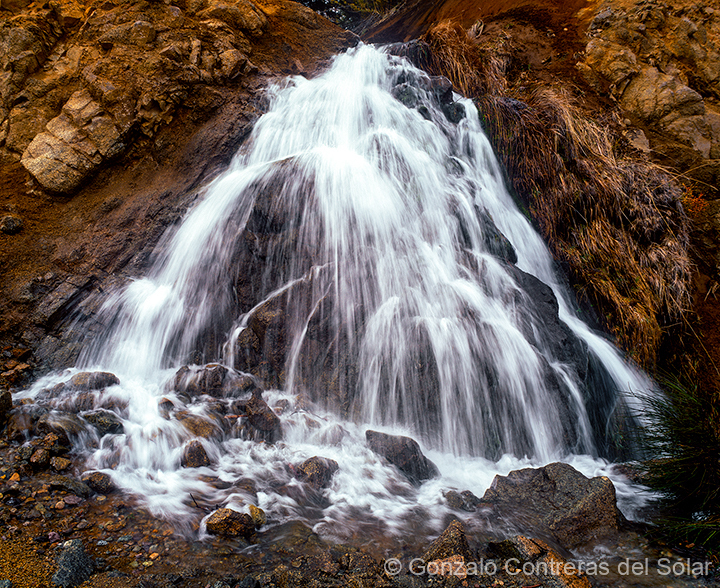