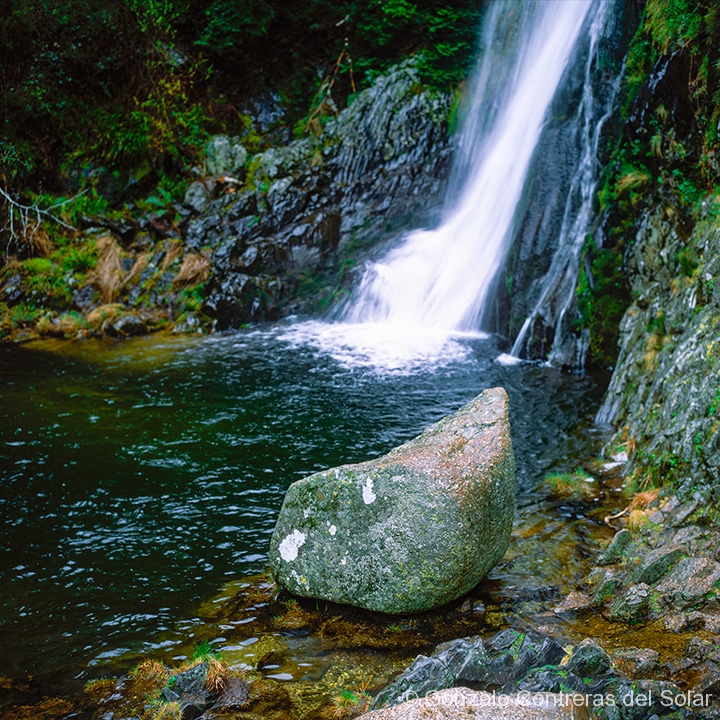 The following images were taken in Portugal near the town of Manteigas. When planning the trip, I discovered in the vicinity a waterfall called Poço do Inferno (translated as Well of Hell). 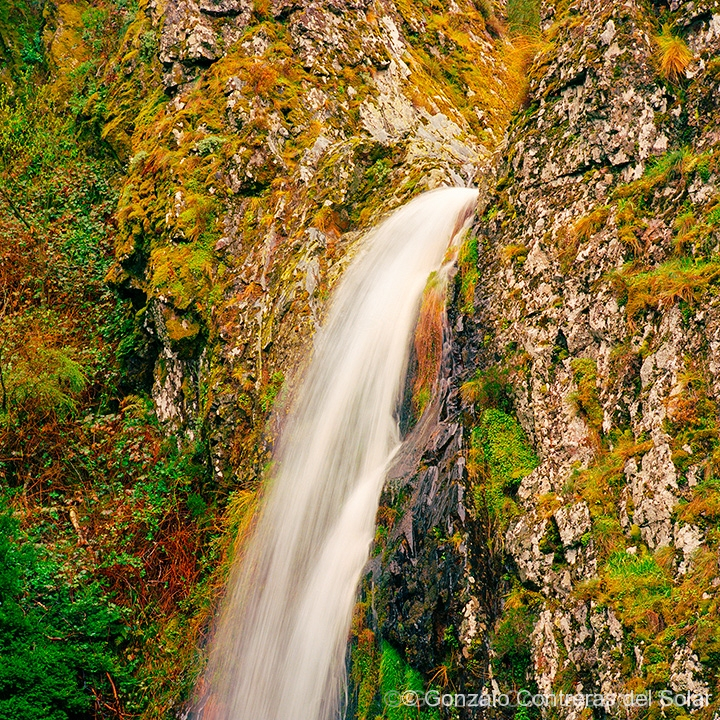 Driving from Monsanto to Manteigas, we passed through the town of Verdelhos,  a sign gave indications to Poço do Inferno. Curious about this, as I knew that the waterfall was near Manteigas, decided to follow the signs. After driving through the town, the paved road ended, and a gravel road started towards the mountain that overlooked Verdelhos. 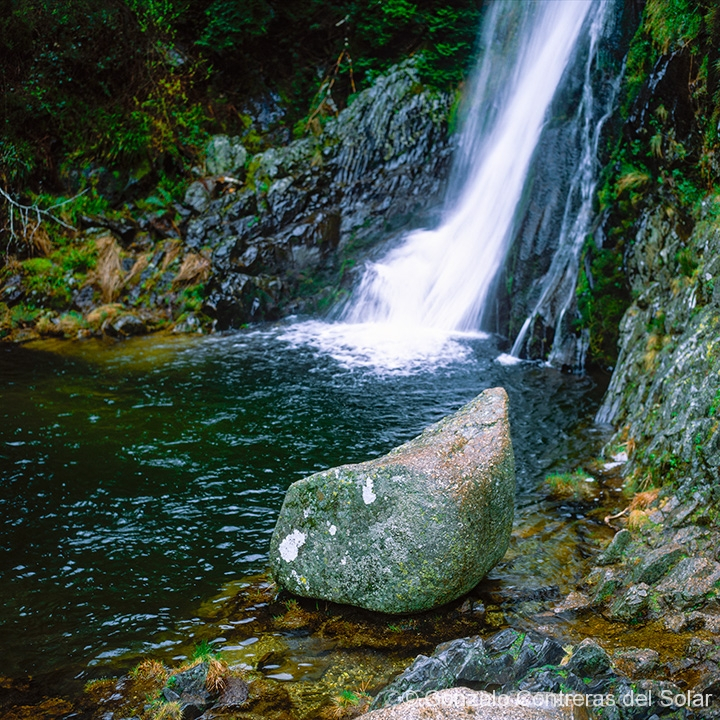 As we continued, the gravel disappeared, finding a very slippery clay road, especially as it had rained. We did not have a 4×4 car and controlling the driving became very difficult. I didn’t know how far the waterfall was, as the road we were driving didn’t appear in Google maps. We decided to return and carefully made a U turn in the slippery road. 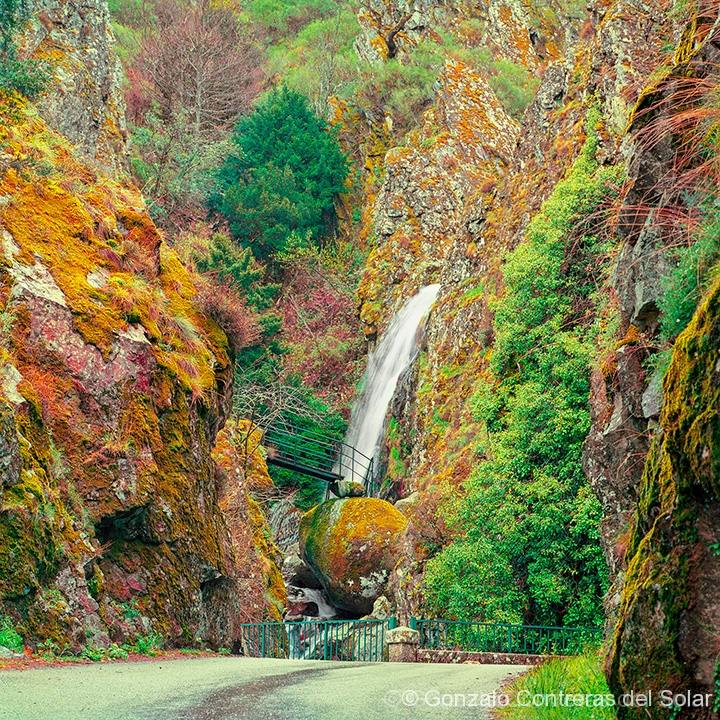 Later that afternoon, once we had something to eat at Manteigas, I asked for directions towards the waterfall. The road at this side of the mountain was paved, but as we drove, low clouds started to appear. This situation made me worry if we would be able to see something.

Fortunately, when we arrived, the clouds were at a higher altitude. This gave me the perfect even light, with no harsh shadows. However, it was dim and I had to use 400 ASA/ISO negative color film, which  gave the pastel colors. 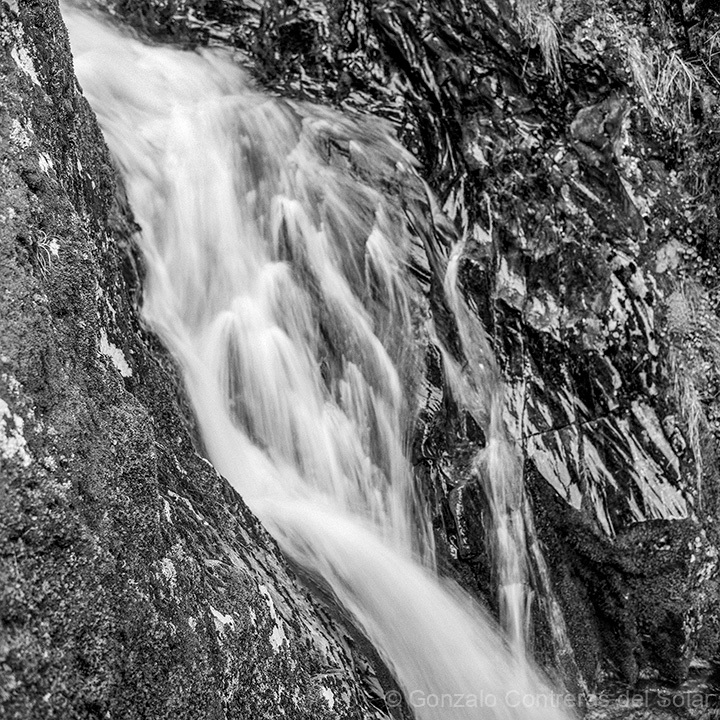 Following images are from the other side of the waterfall,  I am publishing images from the surroundings which are not common to see. 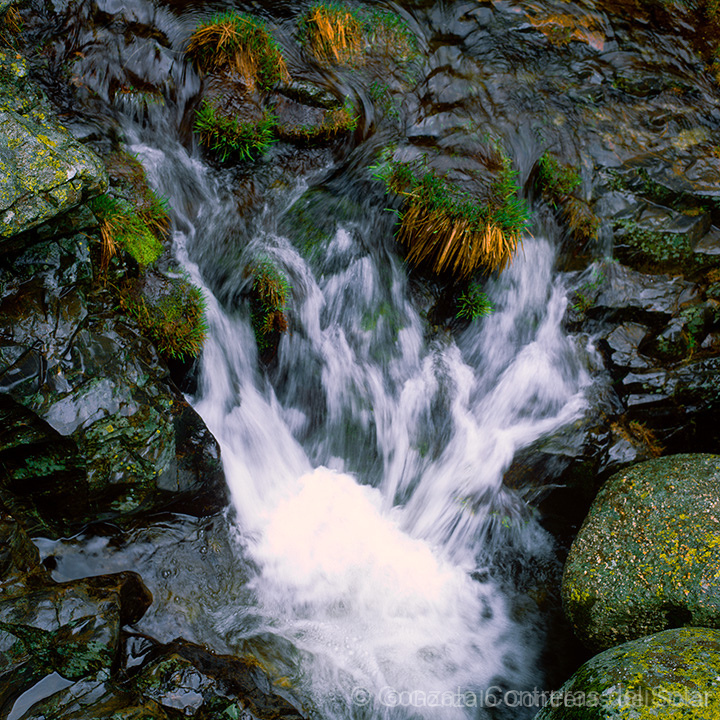 I learned after reviewing Google Maps, that if we would have continued 2 miles through the dirt road we were traveling towards Poço do Inferno, we would have arrived earlier, saving a long drive. 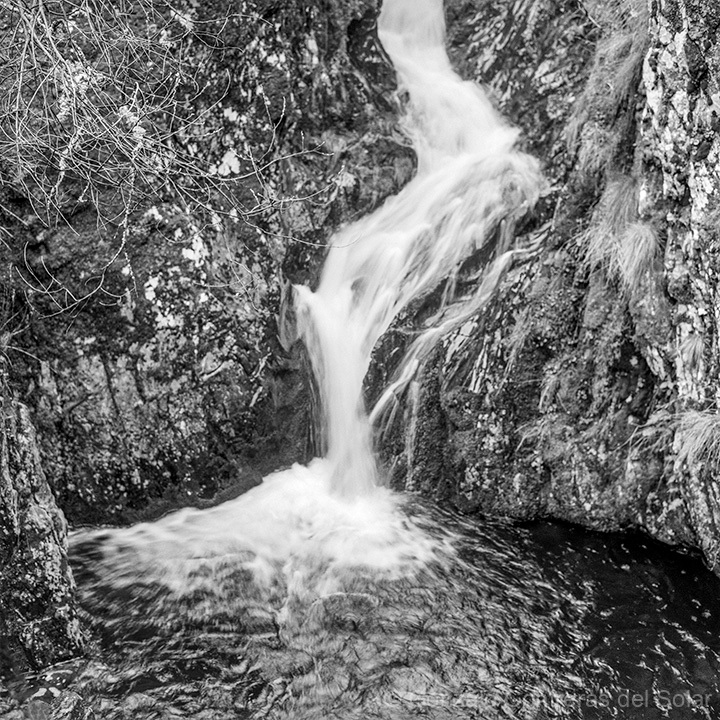 I will never know if light conditions would have been as good as the one I had taking the pictures.