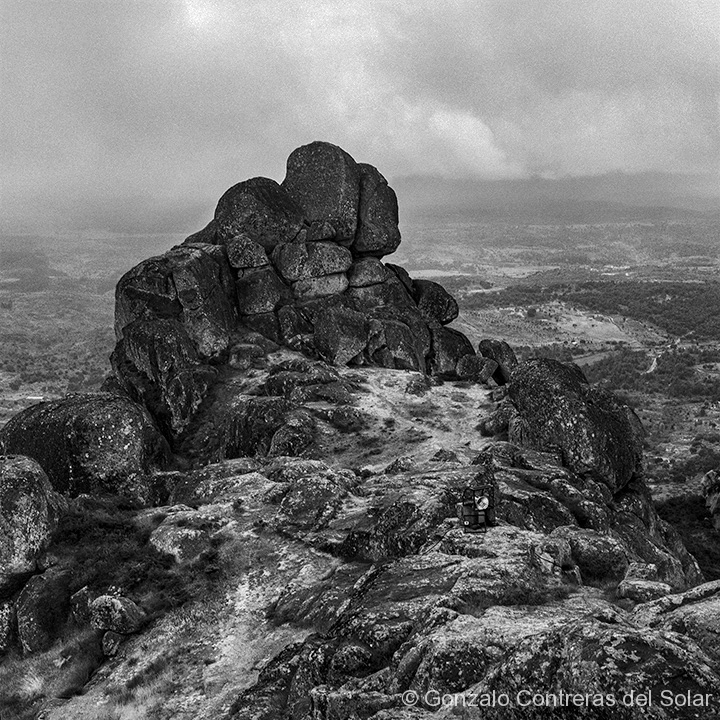 Following images are from Monsanto rocks and some of its history. 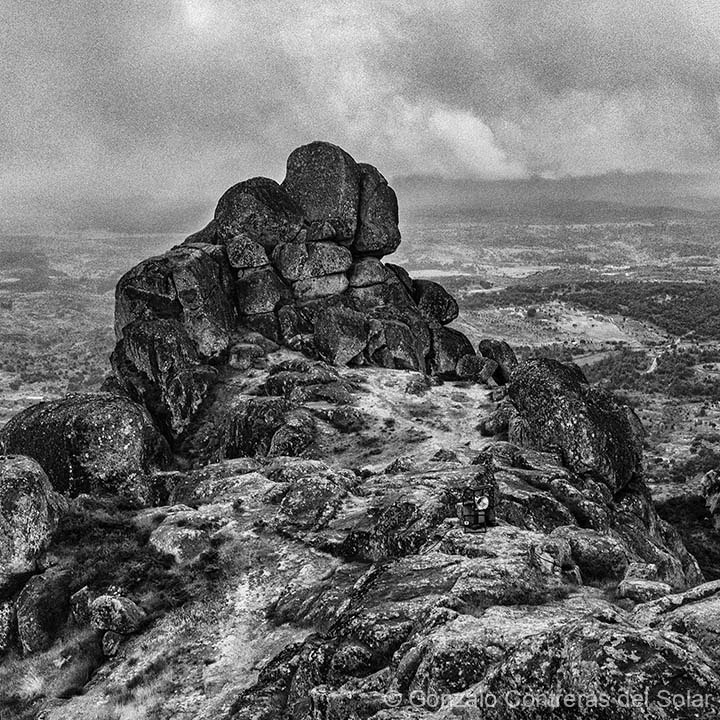 We arrived at Monsanto  Portugal, after 14 hours flight and 5 hours’ drive from Madrid where we landed. The cloudy light conditions were perfect; however I wasn’t sure if the light meter would provide the correct measurement. 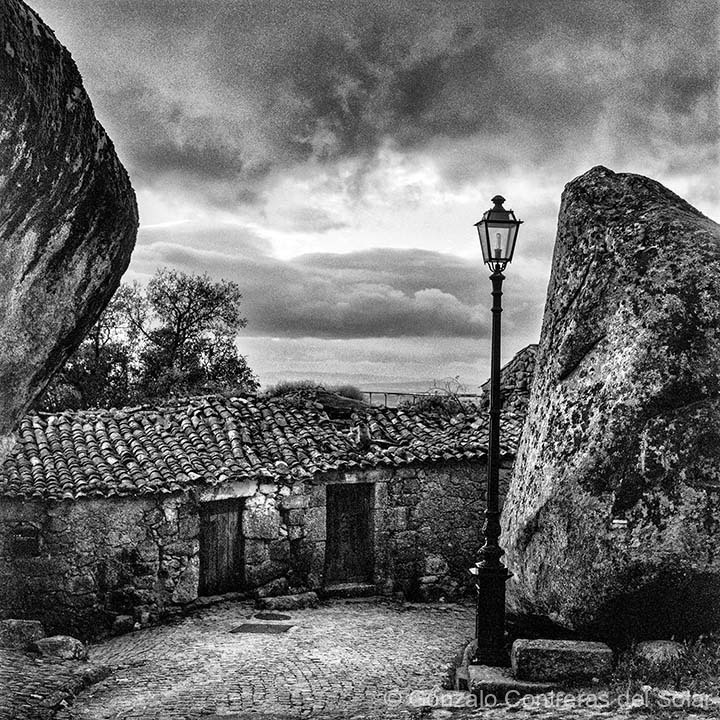 I was using the Rollei 6008 was the replacement of my old and faithful Rollei 6006 that died in Iceland. Made the mistake to purchased second hand, after some time I had to refurbish the batteries. Later the light meter stopped working and could not be fixed on time before the trip. 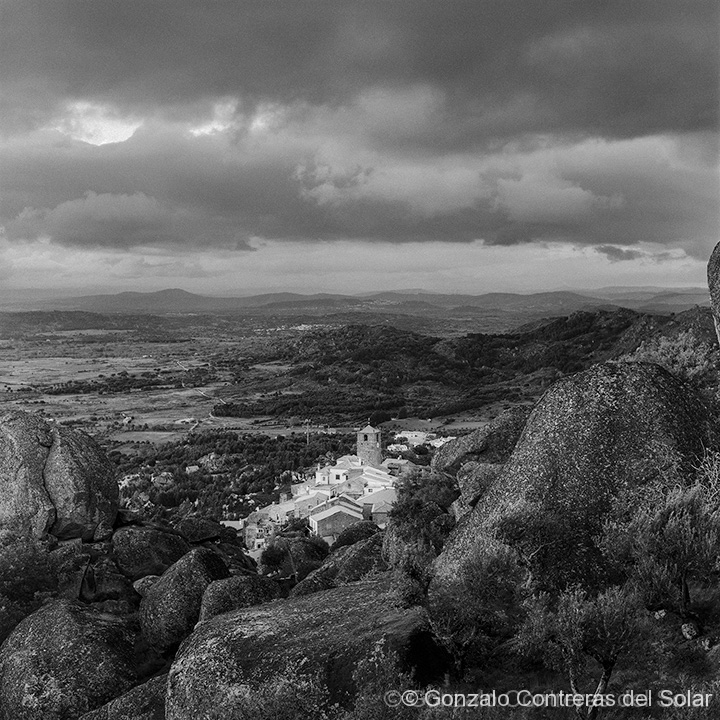 Fortunately, most of the images I took came out with the correct measurement. After developing the film, scanning and cleaning pixel by pixel the small dust particles, I am publishing today B&W images. 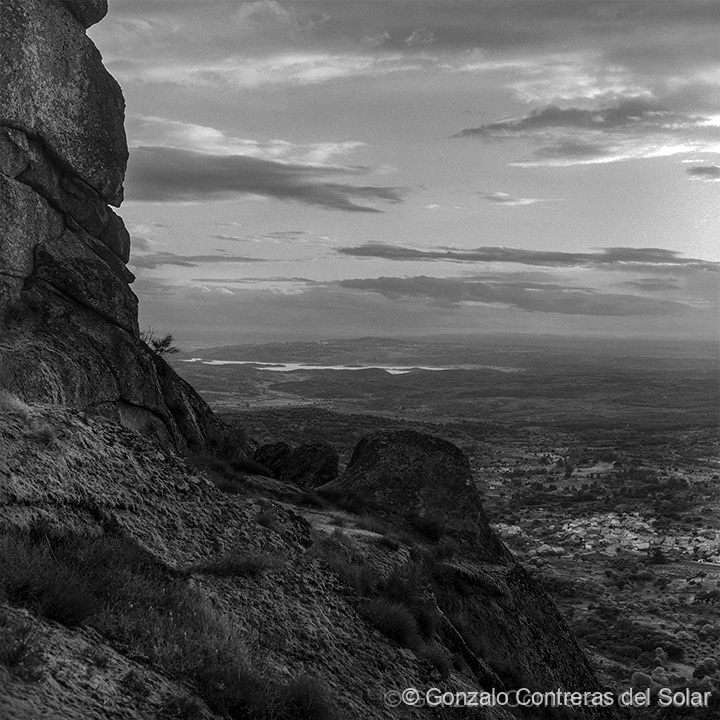 Although these images are not related to water, except for the clouds, and the main subject are the huge rocks. They are scattered around the hill where the town of Monsanto was built, as well as its castle. 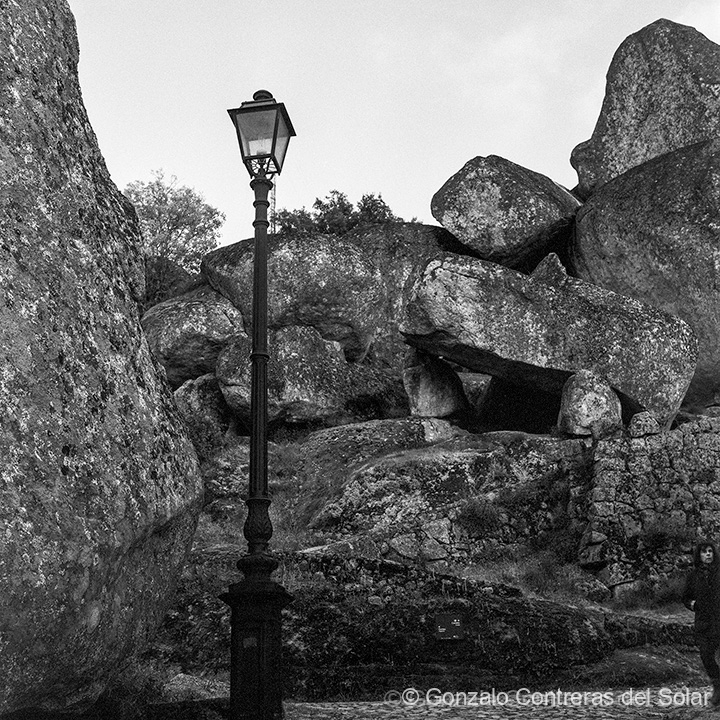 The castle that is located in the top of the hill, and was originally built in the second century. At a later date conquered by the Moors and finally by the Templars.

The size of the rocks, the ambience and feeling I was perceiving made me portray them, capturing Monsanto rocks and history.