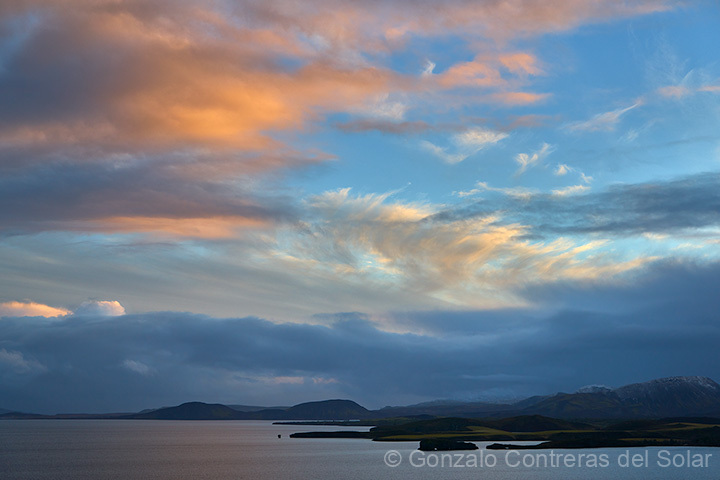 These as images of Iceland during the month of November showing the day light time.

We were traveling in Iceland and the basic plan was to walk in the ice caves of the glacier. I had contracted the tour many months in advance as well as the hotels that I was using millage. What I didn’t know at the time of the booking, was the tremendous distances between places I wanted to go. 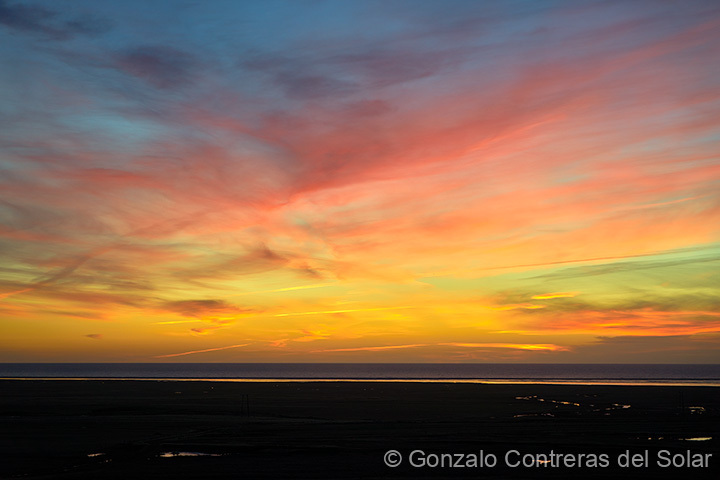 Our hotel was in nowhere land, it was a luxurious and expensive, that used the old construction quarters. These quarters were used by the workers that built a water plant that provides this element to Reykjavik. For any travel we had to add at least one hour to get to the main roads.

As the glacier walk started at 10AM and was about 4-5 hours away, I had to book a second hotel.

Wasn’t planning start driving at 5AM and with the risk of a snow blizzard that would increase the driving time. We found a very nice hotel at Hnappavellir with a spectacular view of the sea. 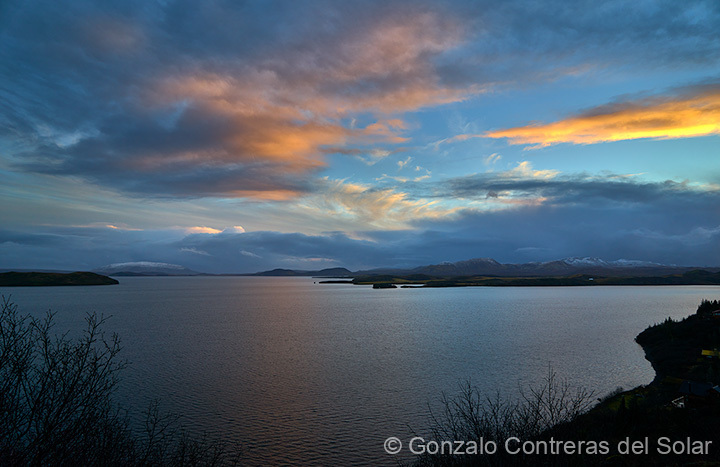 Woke early to have breakfast and pack again as we would not return to the hotel after the ice walk. It was 9:30AM and dawn light was painting the sky.

Two days later while returning from Reykjavik to hour hotel at Nesjavellir, it was about sunset 3:20PM, saw this view. Had to look for a place to park, as the road was narrow, but could not find any. 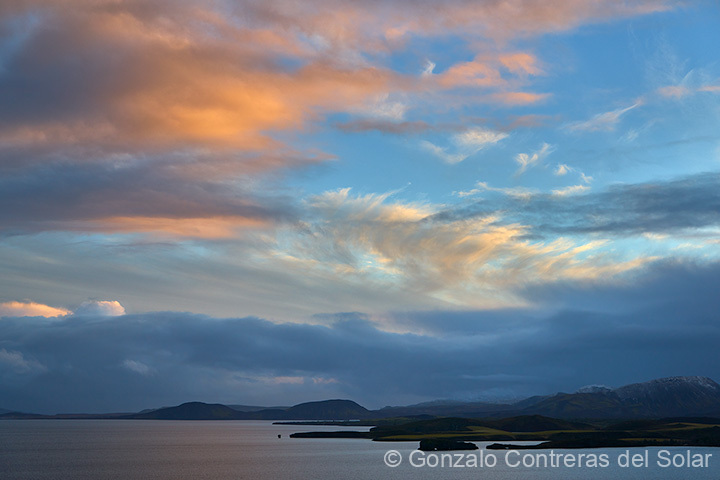 Finally, I stopped at the edge of the road took the images as fast as I could. Fortunately not many cars passed through this isolated road.

The Iceland day light time in November is special and with pastel colors.