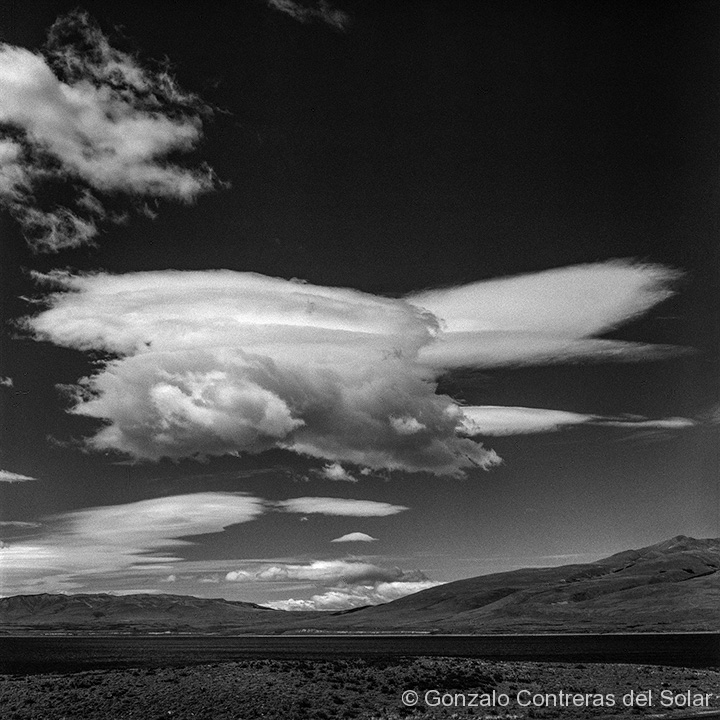 These images are of Patagonia Lenticular clouds that I took during a vacation we had. 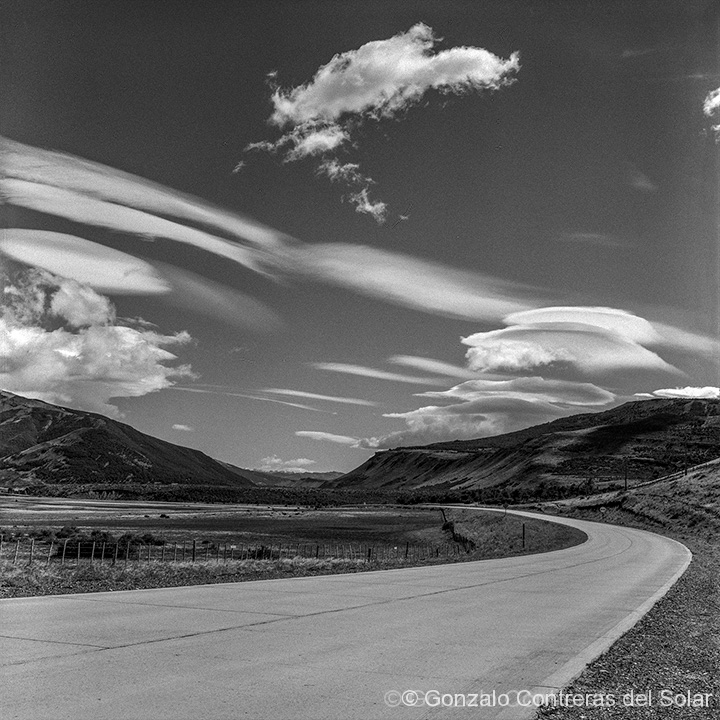 Last year I was visiting Patagonia, and as showed on blog post of Laguna Sofía, image 1110-10, the lenticular clouds traveled with us for the entire trip.

On the road from Puerto Natales to Torres del Paine I encountered these clouds, used B&W film for this photograph. 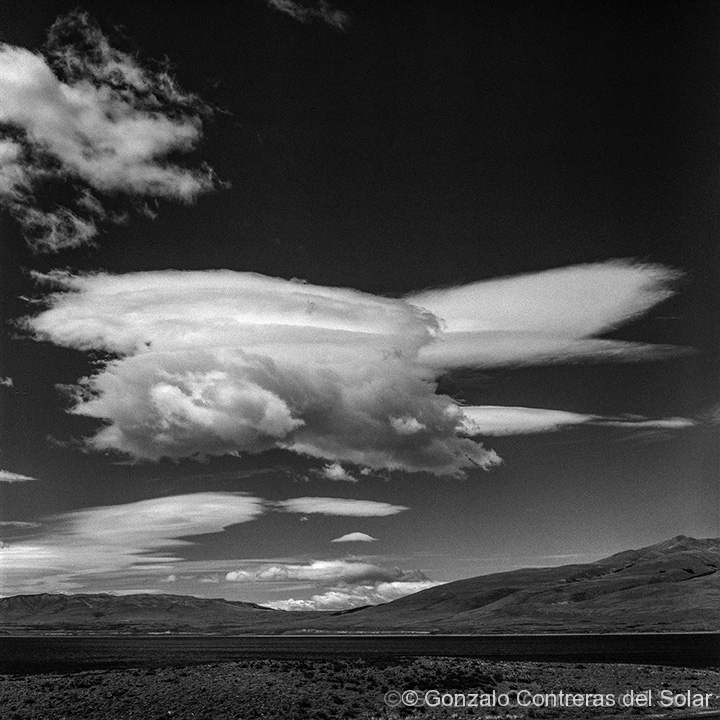 At the entrance of the park, overlooking  Lake Sarmiento I encountered them again, used also B&W film. Possibly they could be the same clouds seen from different zone, as they looked very similar. 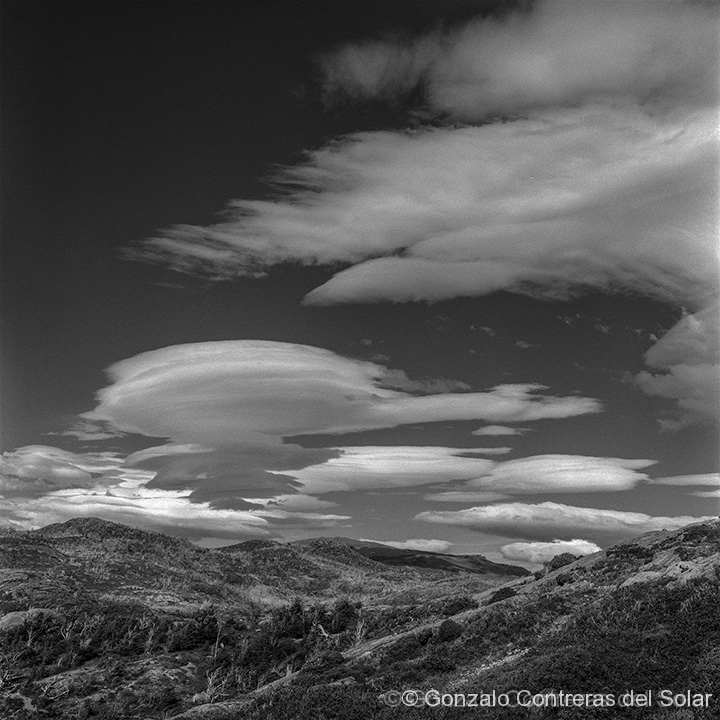 Took this image some time later at  Lake Grey with B&W film.

I used three different types of film for following images which are at the same location, although I expected more from the infrared film. 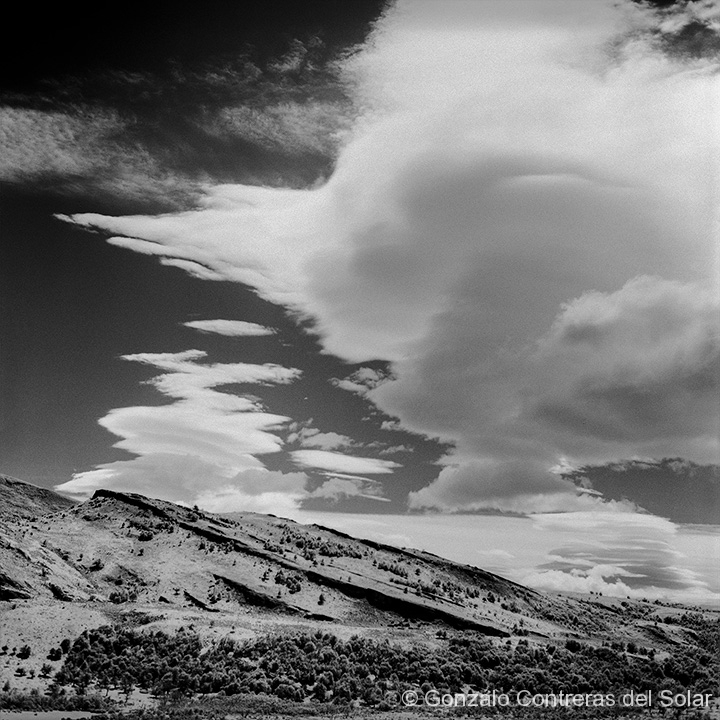 The infrared film registered mildly the far away trees, as seen in this photograph.

This color film of Laguna Sofía which near Puerto Natales, shows the strong blue sky. 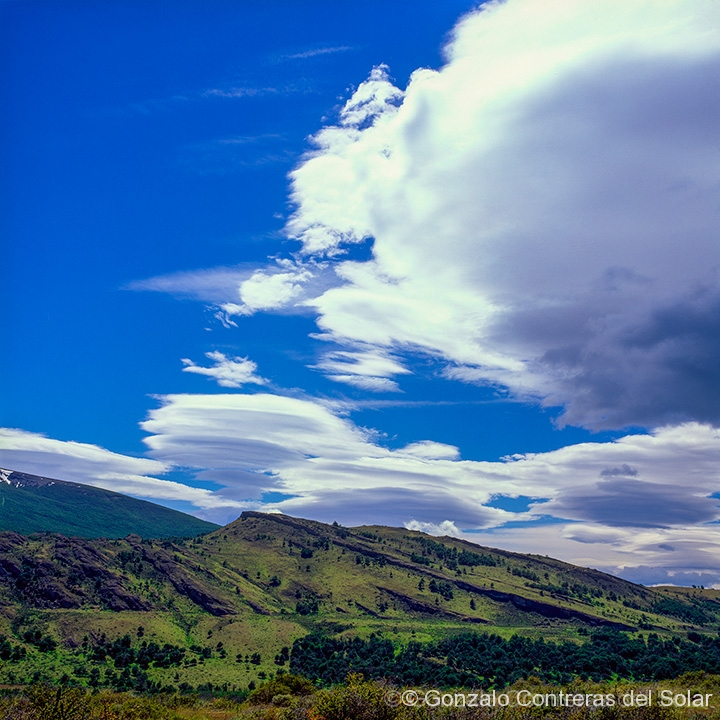 On the same place than the previous ones, I used B&W film for this last one. 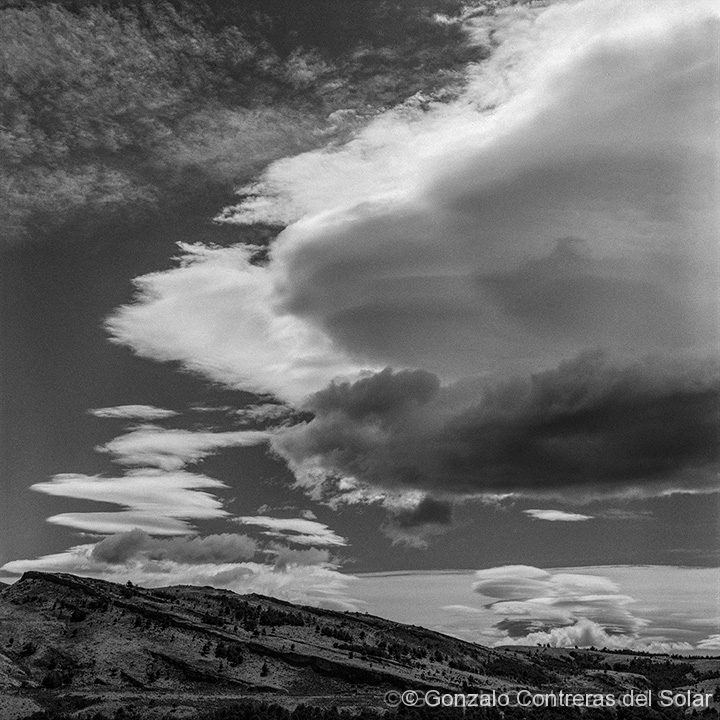 Patagonia – Lenticular clouds (Altocumulus lenticularis in Latin) stationary clouds formed at the troposphere. Typically they are in perpendicular alignment to the wind direction. Their conformation is often comparable in appearance to a lens or saucer.