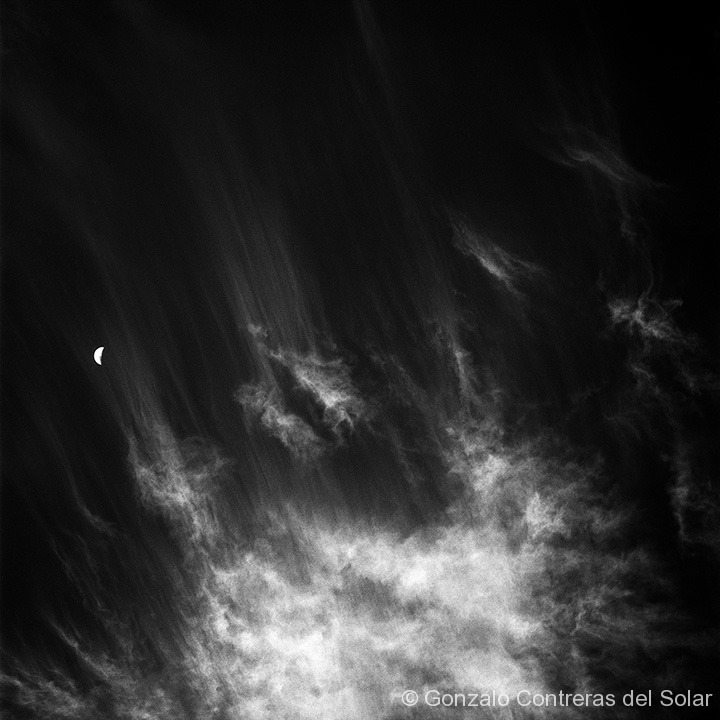 These series are dedicated to cloud formations.

From time to time I can see from my garden Cirrus cloud formations. Two months ago, I notice that the photometer of my Rollei6008 camera was not providing any information on the luminosity. That afternoon I saw again Cirrus clouds forming close to the moon, I rushed to get my camera and tripod. Only when I tried to determine the aperture settings, the camera did not respond. I had to guess the settings and hope for the best. Unfortunately, the clouds moved very fast, so the perfect composition had changed while I was figuring out the problem. The photometer stopped working, however happily I got a few images, this is one of them. 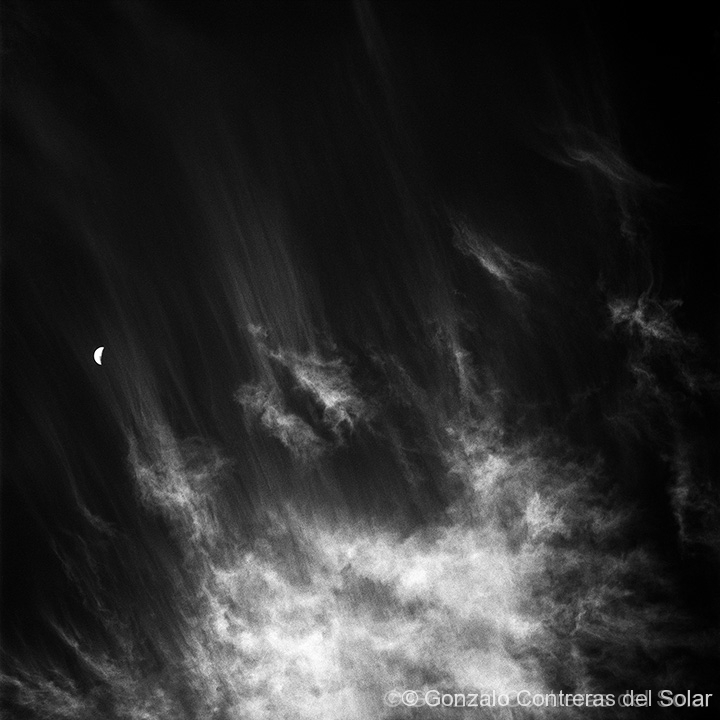 I traveled a few times to Patagonia, where light and clean air, makes superb crisp images, especially for cloud photography.
Last month we went again, and the lenticular cloud formations were there. Although I made many images, I selected this particular image with a cloud that has its own character. 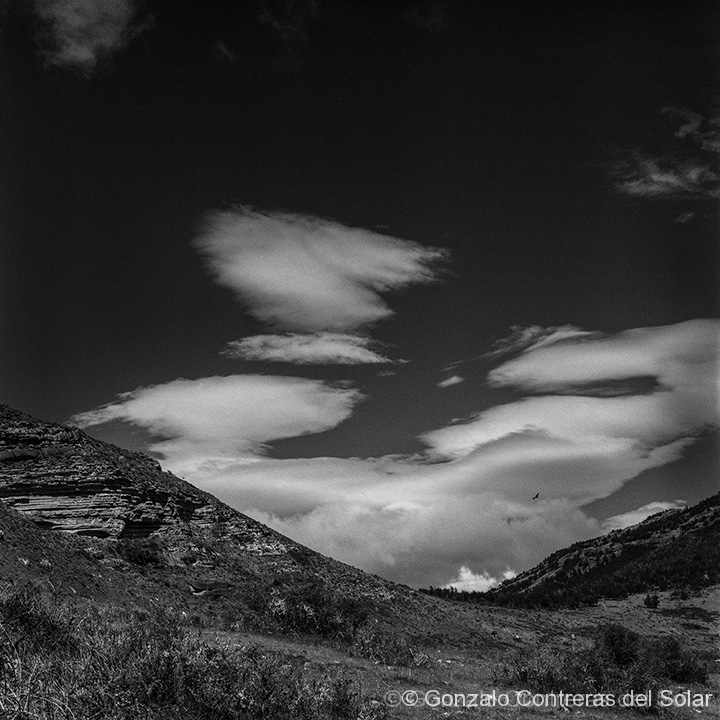 During the same trip mentioned on image 1105-01, we were told we should visit Laguna Sofia. It’s a small lake to the south of Torres del Paine national park and North of Cueva del Milodón cave. It was made by sea waves during a thousand years period.
When we arrived, the lenticular clouds were there as well, so I composed the image and took a few pictures.

Only developing the film and scanning it, that I found a Condor in the perfect place, how lucky I was. Some colleagues stay for hours waiting for the moment to happen, which sometimes does not occur. I am including a close up of the Condor, image in which you can appreciate the film grain that is composed of silver particles. 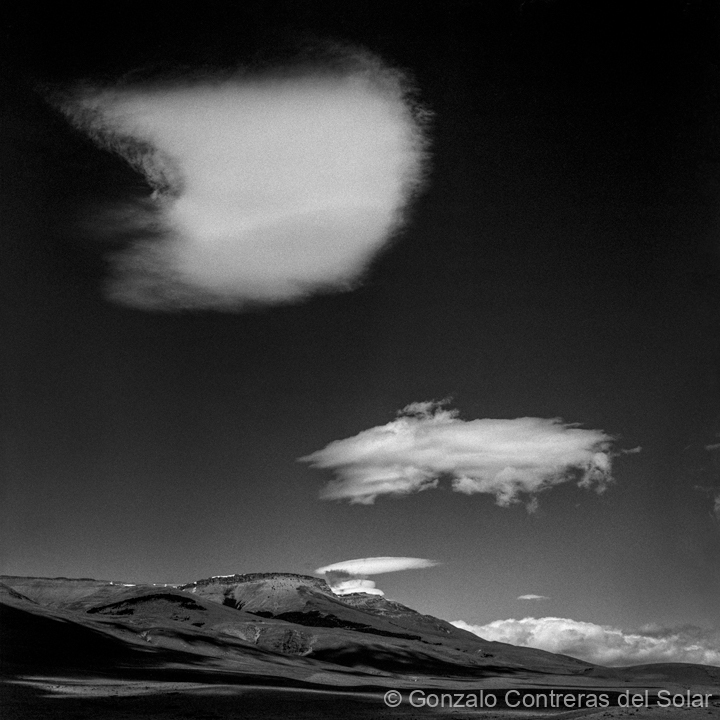 As mentioned above, my Rollei started to send signals of decay in the last months, without a photometer. I had to use an external Spot Meter; in addition, the camera failed advancing to next image. Some images came out over imposed, ruining both images. To some of my readers, yes, I still use film as well as digital. Film makes think and work harder, as you don’t see the image until it is developed.