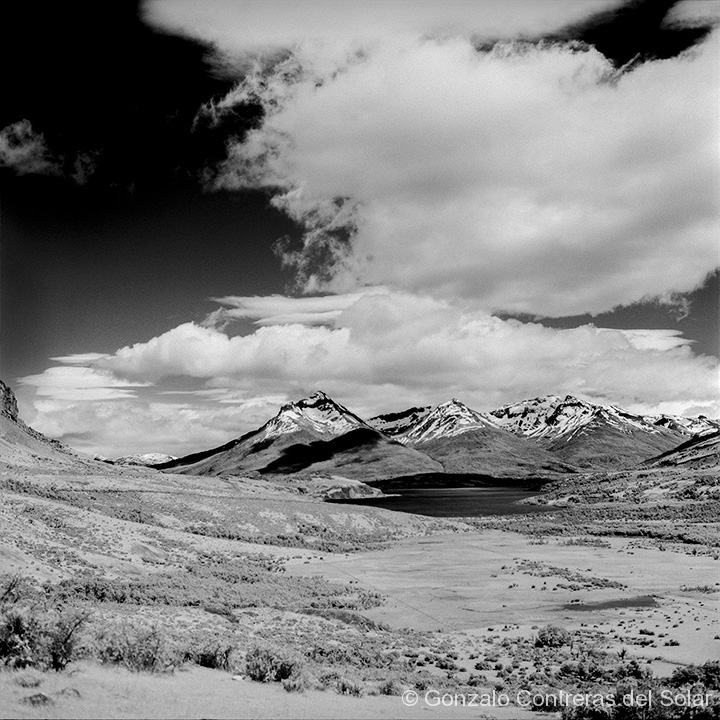 Images of Laguna Sofía at Patagonia

While returning from Torres del Paine through the Serrano path, I notice a lake with cottage on one of its side, but could not see any road towards it, I was curious and mentioned it to my wife. A couple of kilometers to the South at Cuevas del Milodón two hikers asked for a ride to Puerto Natales. They mentioned that they had walked through a mountain trail from a beautiful place called Laguna Sofía, and that we should visit it. The following day we decided to take a peek of Laguna Sofía. 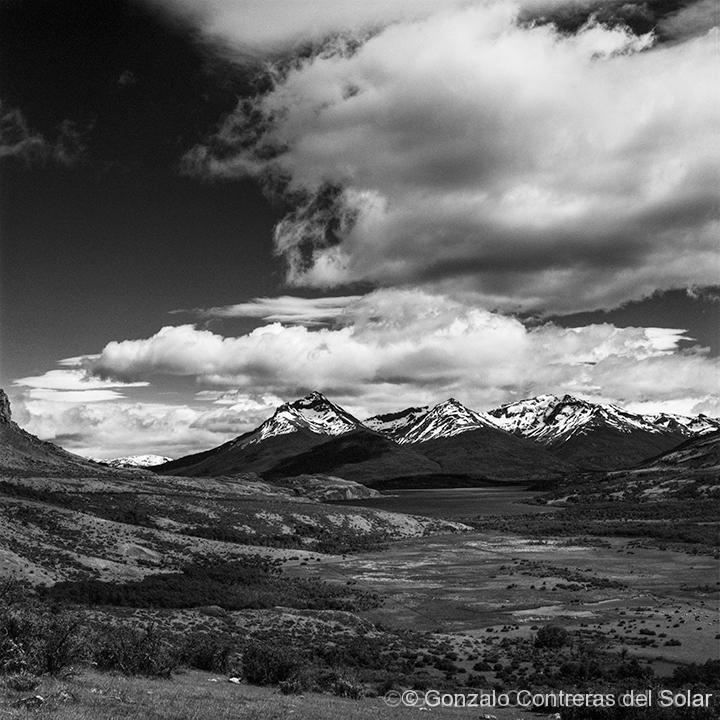 When we arrived, we found a beautiful scenery which was on the opposite side the lake we have drove the previous day and discovered that the road to the cottage was from this side, unfortunately we could not enter, as this zone was a private property. 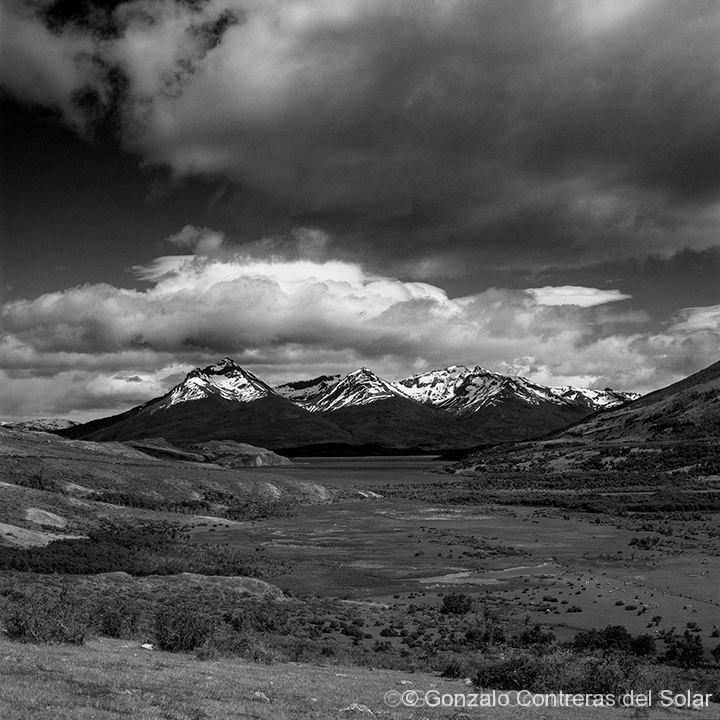 Wanted to record the feeling we were having, I decided to use all support mediums that I had available. For it, I had taken various films substrates:

I used Rollei Infrared film that and a 25A Red filter, all vegetation that should turn white, is looking mainly black. 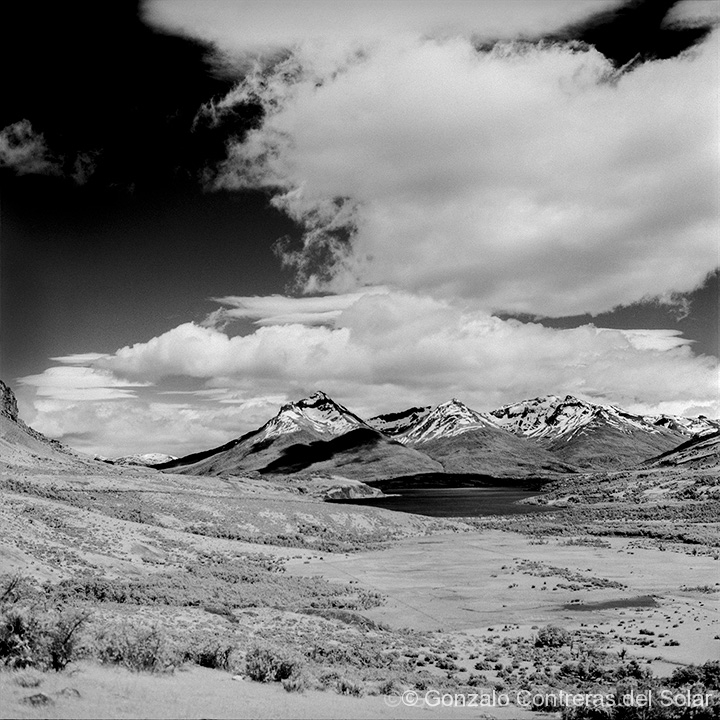 Second image is a digital conversion of the color image 1111-17 into B&W. 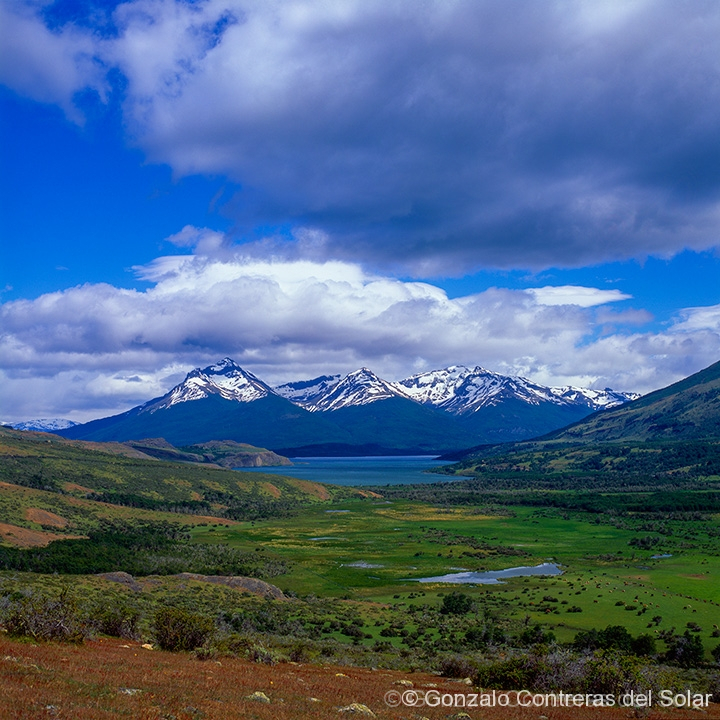 Third image is using Rollei infrared film and a filter that blocks visible light up to 695 mn. Without this special 695 infrared filter, the infrared film behaves as a regular B&W film. You can compare it with image 1112-04, vegetation turns mostly white. 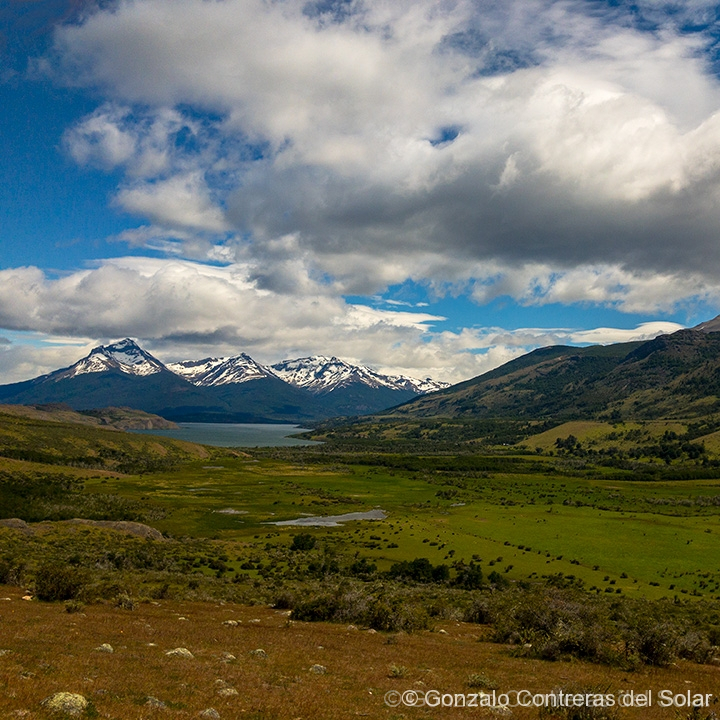 Last week, I published photograph 1110-11 from the same zone at Laguna Sofía, where a Condor appeared, without noticing it.

Clouds from the past and present