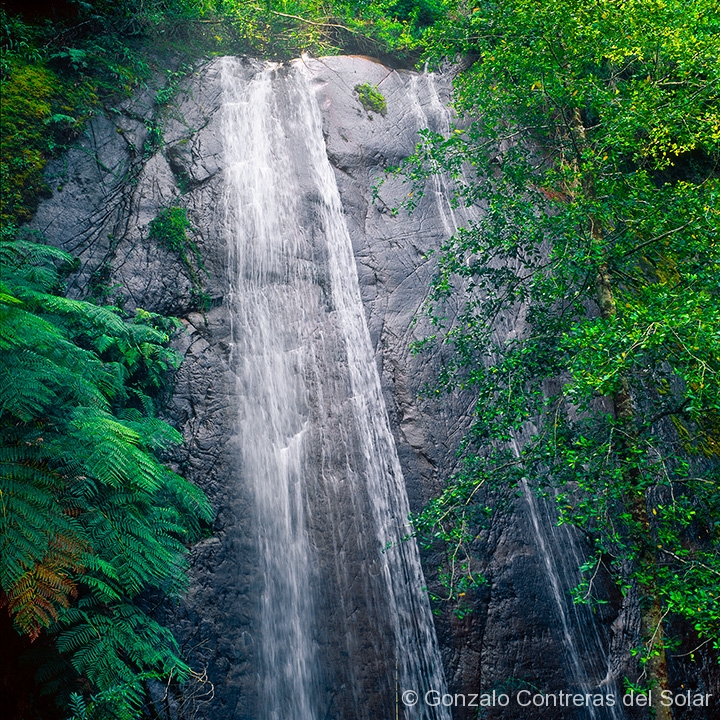 I named these images as Vertical water

After lunch, I decided to take my children (three and five years old) for a ride. At about 3:30PM we arrived to La Cumbre. It is the highest part of the road between La Paz and the Yungas region (approximately 4,650 meters, 15,255 feet). 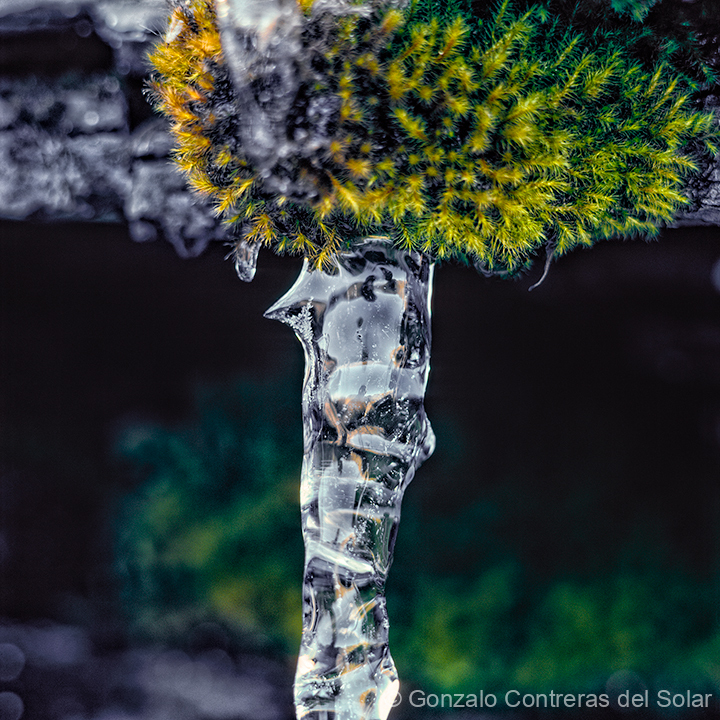 The children wanted to play with snow, we parked at road side and walked toward the snow patches. On a small hill I found the frozen water stalactites. I mounted the tripod hoping that the high altitude strong wind would lower its speed, so I could take the photographs. The ice also captured the photographer. 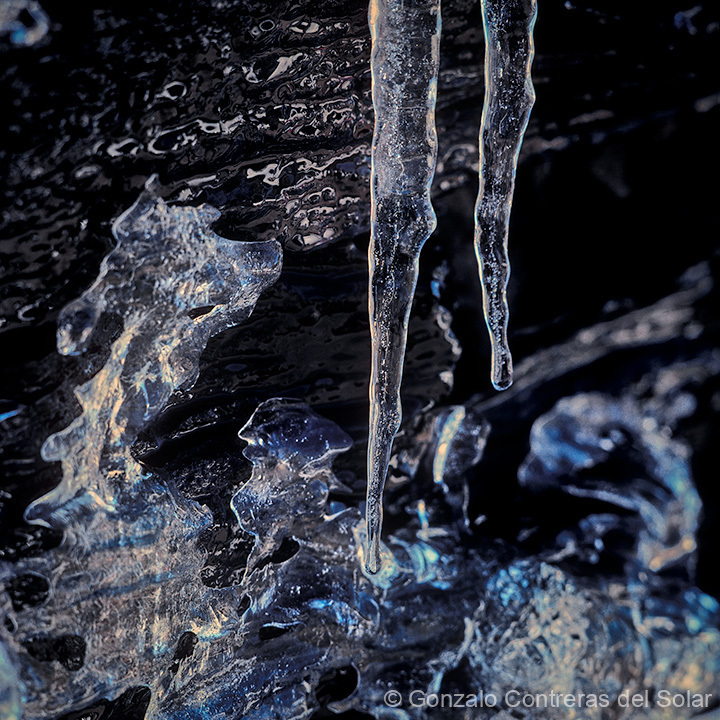 During 2005 a survival difficult year I was preparing four new exhibits for 2006: Minneapolis, Santiago, Budapest and Rancagua.

They took a lot of effort and money; nevertheless, technology helped me reducing costs: I found a gallery in Minneapolis on the Internet and we made all the exhibit arrangements through it. It was along these conversations that we decided to make an audio-visual presentation. It was a virtual tour prior to the exhibit, and of course borrowing music from The Who.

While preparing the audio-visual tour I said to myself: “I’m giving too much time to administrative activities and none to creation(except for the audio-visuals)”. Decided to go to go back to  the field… 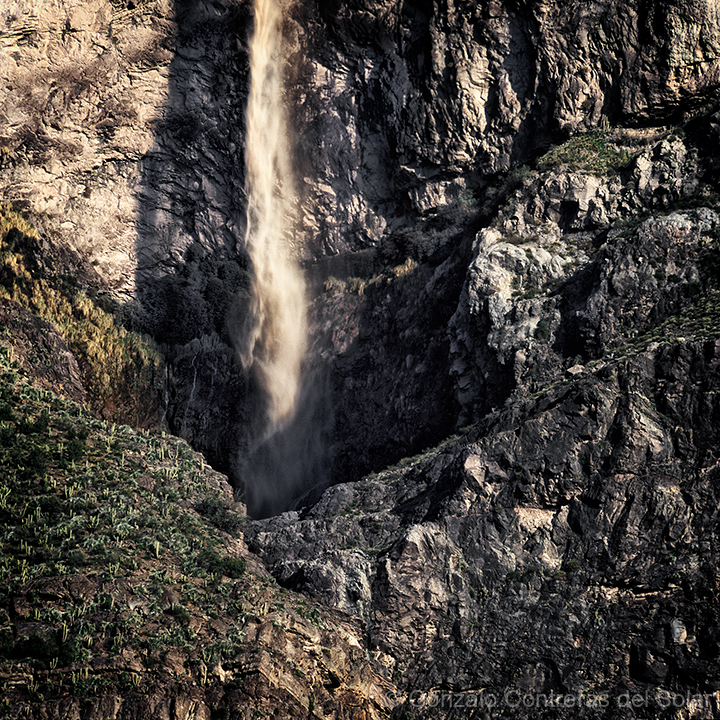 This waterfall is near Santiago and it is impressive when seen from a distance. There is no trail to get to it; you have to guess the way up. Do have to mentioning the steep slope that has loose rocks, which made it quite dangerous.

It had clear water at morning, as day went by, especially on a warm day, it tanned towards a brown. 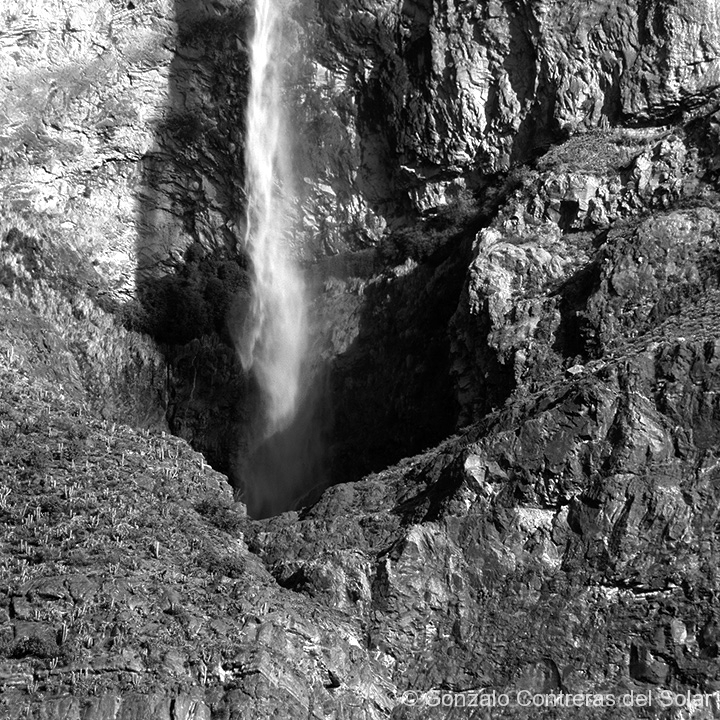 While taking this photograph, I had the company of four Cóndores. They passed by with their mighty wings, curiously trying to figure out what I was doing. In this case, the color image had the brownish tint, I decided to make a B&W  version. This day it became a returning point to B&W photography. 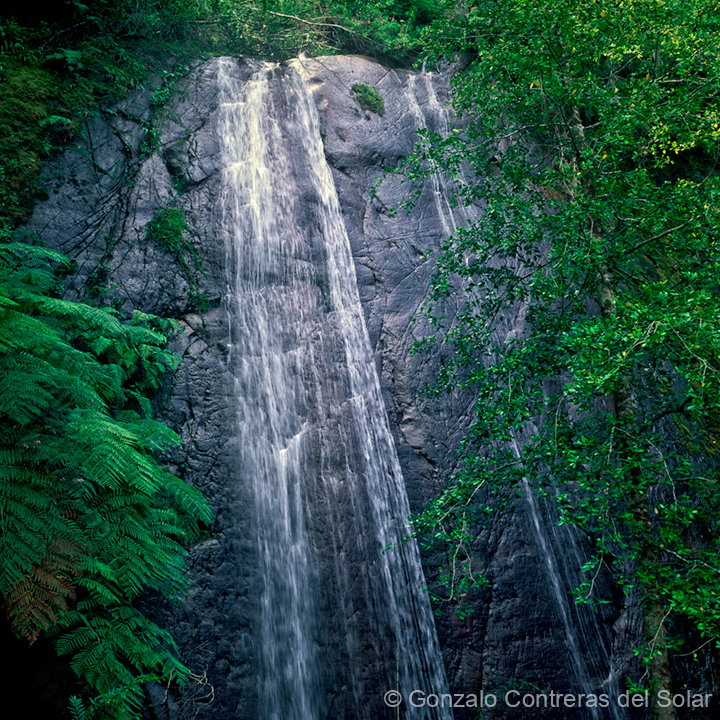 On this occasion we were having our vacations at Lake Ranco, South of Chile. Although I wanted to have a relaxed vacation, I was waiting the confirmation to be selected for a new post. It was at the bank offices in Tunisia. Every morning I went to a location where I could check my emails, but nothing happened, eventually never did. After checking my mail,  I went out scouting on a hill where I could see a faraway waterfall near Sichahue. As I approached the waterfall, I discovered a patch without trees, from where I could see this delicate smaller waterfall.

A day at Celestún