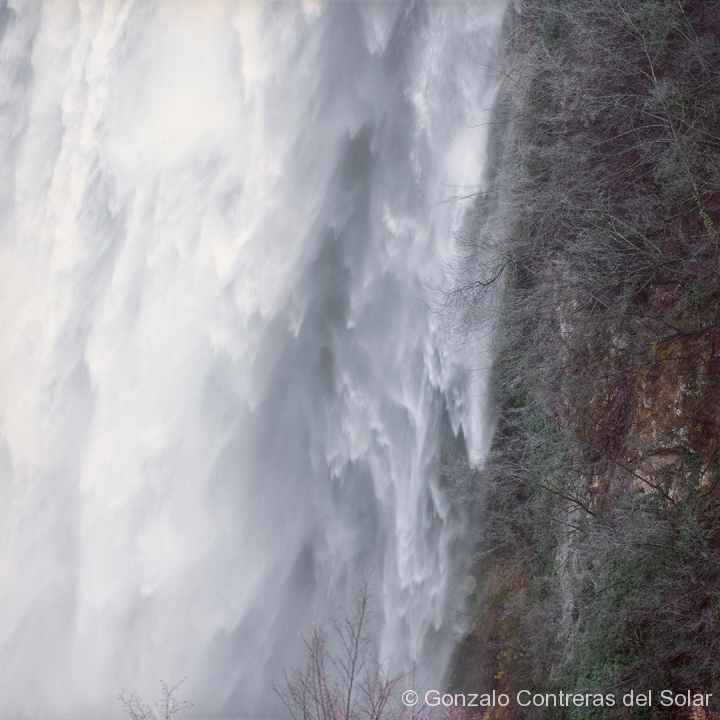 This image is of Mist at Marmore.

I was invited to do a presentation at Rome. Arrived on the weekend to do my photography outing.

I had been searching on the Internet for water locations near Rome. Discovered the Marmore waterfall, which is one of the highest man-made waterfalls in Italy. It is the outflow of a Hydro Electric power plant, so it operates on certain hours of the day. Can be seen only at this time and for a couple of hours, so had to plan my time. 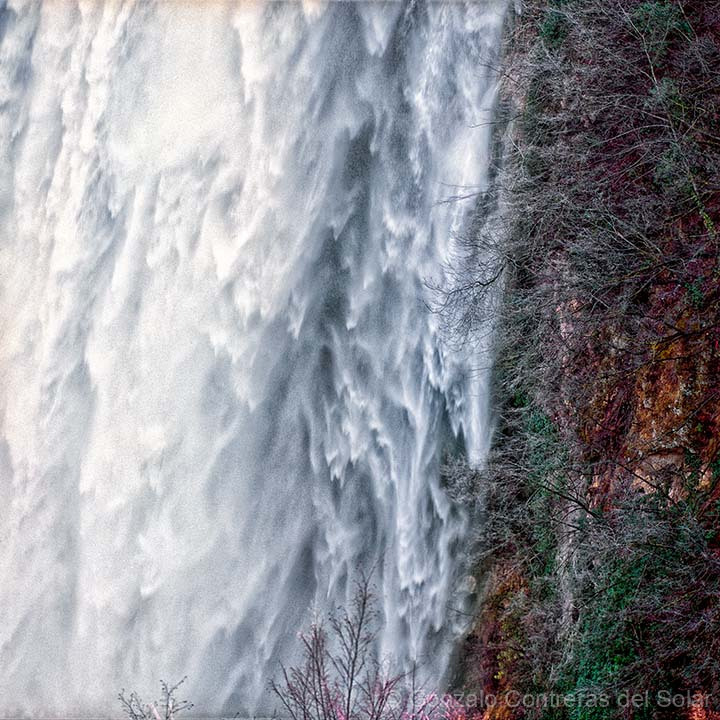 As I did not know the environment on the trails view that I would encounter, I left it to my intuition. After paying the fee to enter the park, I rushed to see the surrounding and found a good vantage point. I had time to take a few images of icicles that hang from some rocks.

When the siren rang, I knew that soon I would see the waterfall, it started as a small stream of water and later it became the splendid majestic roaring waterfall.

I had to make sure that I took photographs from all angles before it stopped . Had two hours to take pictures from the top and rush down the trail to the bottom. This time the water mist of Marmore damaged temporally my camera, but was able to take this image before it stopped working.