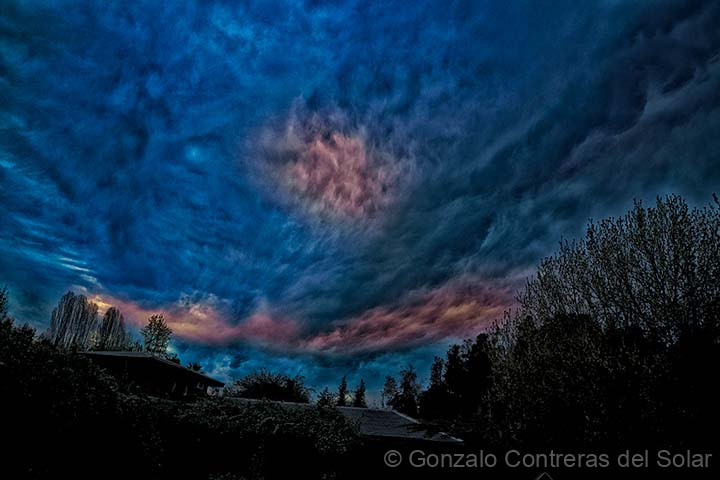 These are images of clouds that after a long time were returning to Calera de Tango where I Live. 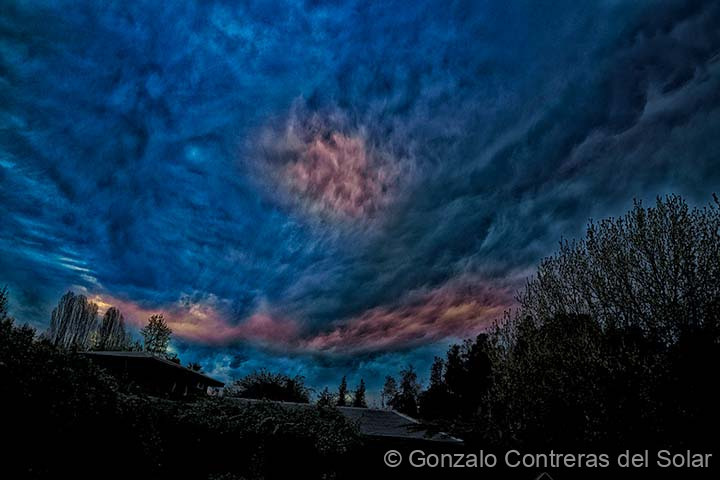 Climate changes have increased the drought in the central area of Chile, which limits the number of  cloudy days. In addition, the air is hazy due to the dust suspension as well as pollution. Any landscape image with these conditions sometimes appears dull. 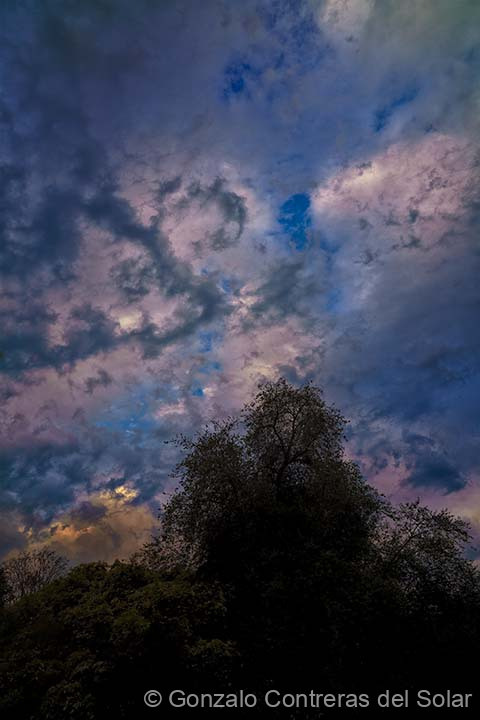 Last Wednesday we decided to have an evening barbecue, which we normally do on weekends. While lighting wood to prepare charcoal, I notice dark clouds forming over my zone. 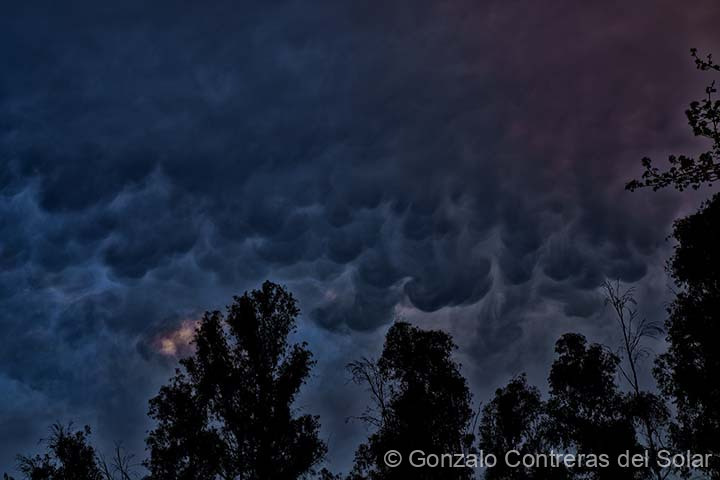 You could sense the particular smell when it is about rain. Do understand that this is caused by ozone particles that clouds bring along, cleaning the air. 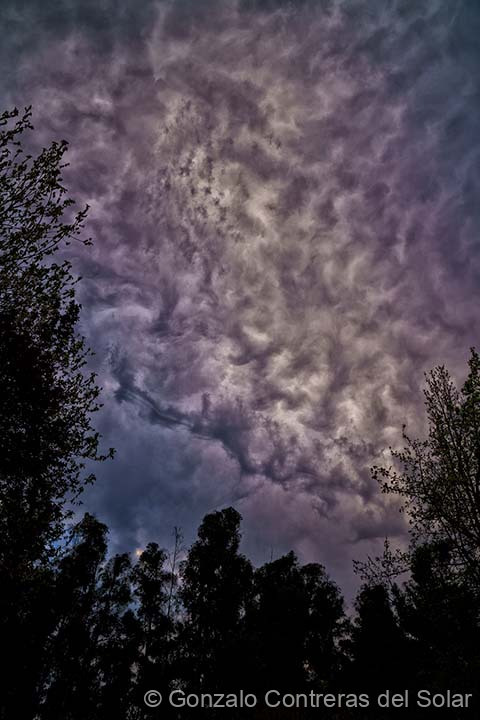 Went inside to fetch camera and tripod and started shooting as different cloud forms were created by the wind. 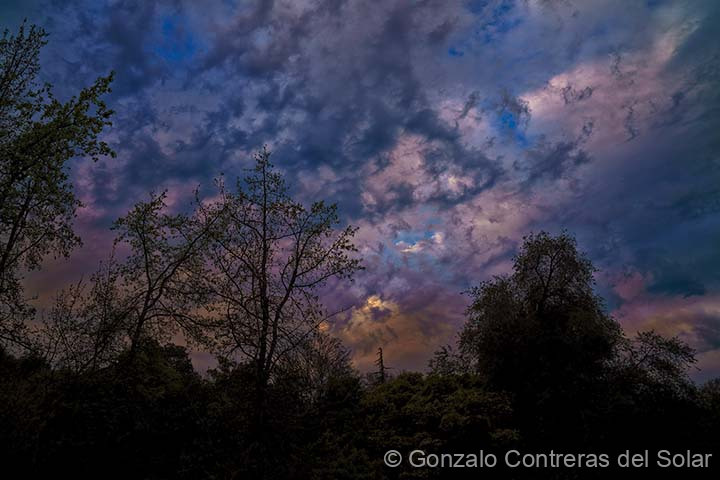 From time to time focused on the fire, so I would have enough charcoal to start the barbecue. The light was changing constantly, so I looked at all four cardinal points, each had a different view.

At certain point the sun disappeared  and was almost dark, so put away my gear. Went inside to fetch a wine bottle, when I returned outside, noticed that the sun managed to find it way. Rushed to set up tripod and gear, and found out that the tripod lock was broken, delaying a few seconds. During this time light changed rapidly and missed some precious images. 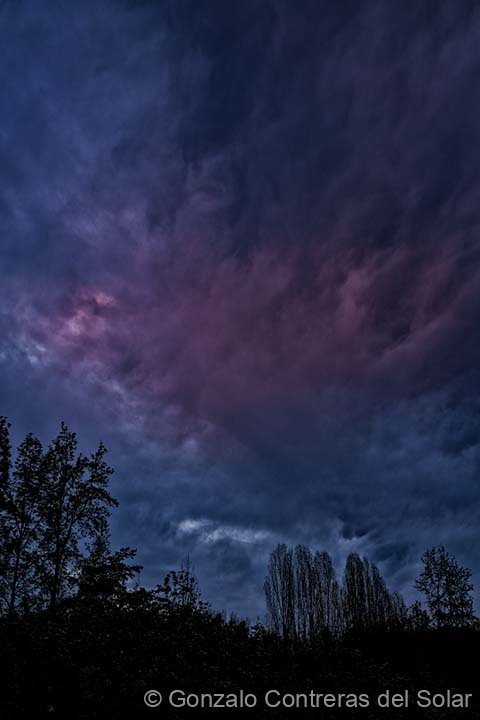 The strength of what I saw, was able represent in these images by adjusting the contrast, saturation, and levels. 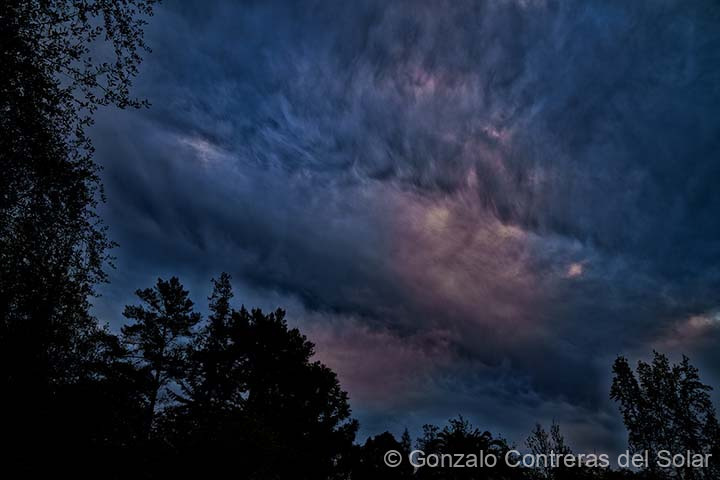 All the image in this post of clouds returning to Calera de Tango are one take with no composites.