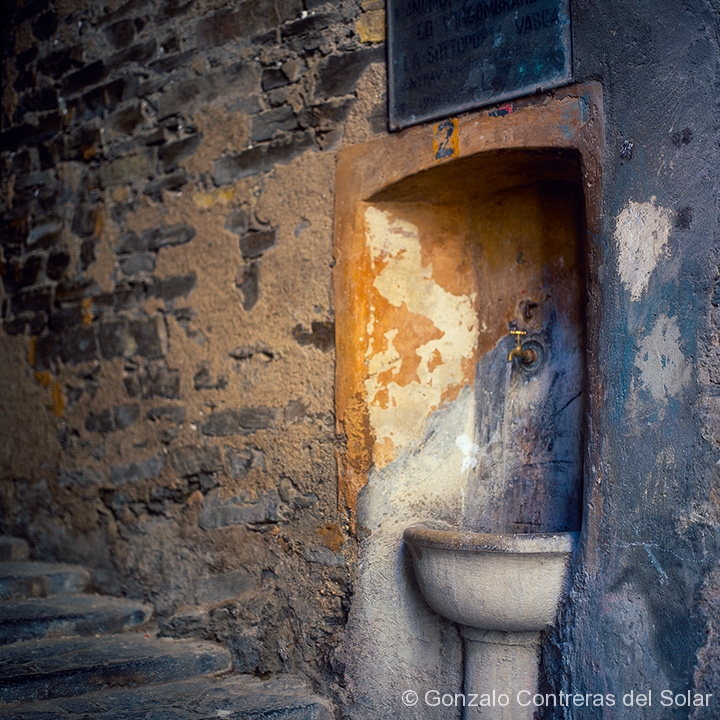 These are images of Fountains of the world.

I was traveling on an assignment for my office. Had an extensive agenda visiting Germany, Switzerland, Italy, France and the UK. I decided to drive as my wife came along. So while I’d be working, she would be going shopping and sightseeing. In Geneva, she asked me to help her to select some clothing at a store. On our way, I found a store that sold photographic equipment. For many months I was searching for the new Nikon scanner that was sold out around the world.

Entered the store and made same question I had done for months, which was sure would be negative  …do you have the Nikon LS8000 scanner? They said …yes…. I said to myself: something is not right, -maybe it is a faulty one-. We left the store and walked towards the clothing store, where I found a second photo store. I told my wife that she could go along, and I would join her in a couple of minutes. Entered the asked the same question, again, the answer was: …yes… This led to the next question, about the price; it had small difference to the USA price. I made the third question: …do you have it in stock? Again, a positive response.  had to make the last question to get quickly out of the store: … do you accept credit cards?

Minutes later I was walking through Geneva with a huge box and an angry wife. It was the beginning of the trip, so the scanner crossed a few borders and checkpoints before returning to Chile. Specially getting into England, as the day we started our trip the second war in Iraq had just began, and the border controls were stricter.

While traveling with this box, on a weekend that we were in Italy I asked for a nice place at Lake Como. Our reservations went to a hotel in Moltracio, facing the lake. Up the trail from the hotel, I found this fountain, lightly illuminated and vivid colors were perfect. 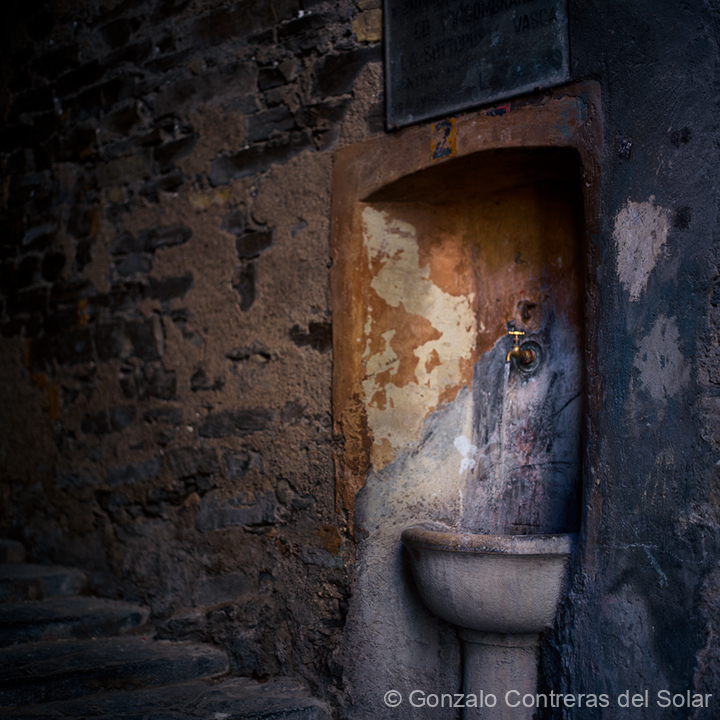 At Barcelona during launch the book “Del Agua” at Museo Agbar gallery where my work would be displayed. Large format images paired to Chilean poet Gonzalo Rojas poetry. One afternoon before the launch and after visiting Gaudi’s fabulous masterpieces, we visited La Catedral del Mar. On our way out on a small pedestrian street I found this water fountain. The color and light were perfect, so I took a few images. 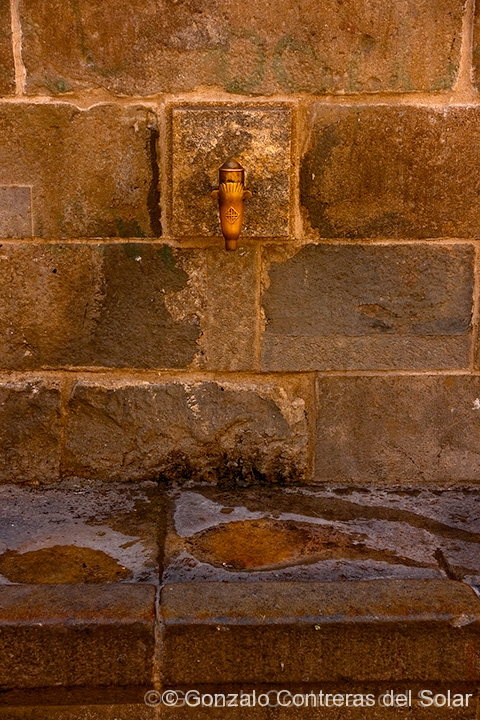 After a presentation I had in Rome, had some time in the afternoon, so I rushed to the Roman ruins. While I was walking down a street, I found this fountain, which reminded me of the fountain at Lake Como. Image I took 10 years before.
Mounted my tripod and camera, making sure they were all strapped to my belt (as I do in large cities). I did not want to start chasing someone that accidentally thought that the camera was free to take. 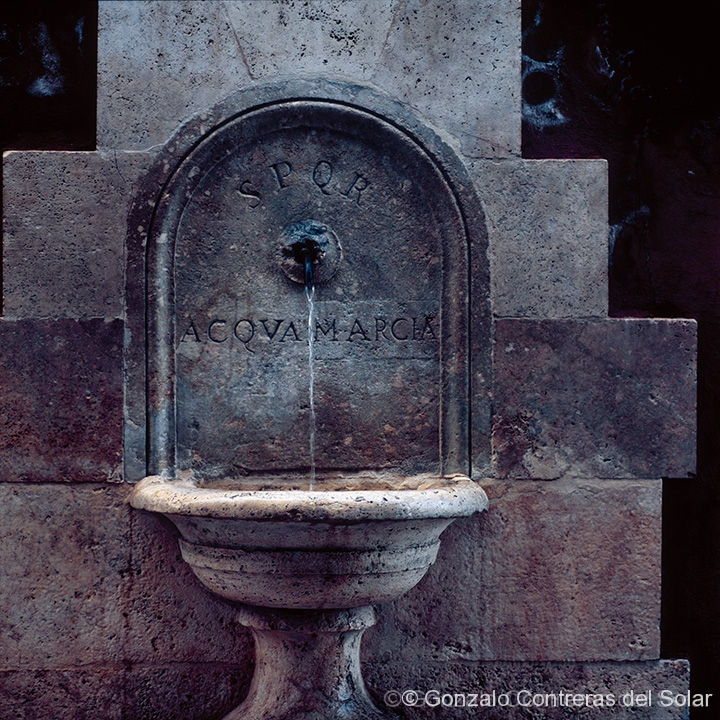 As the fountain was on the top of a hill, many children and tourists stopped and drank water. I had to wait a long time to have the fountain with no people. Policemen were uneasy watching at a person just standing and waiting, strapped to a tripod and camera.