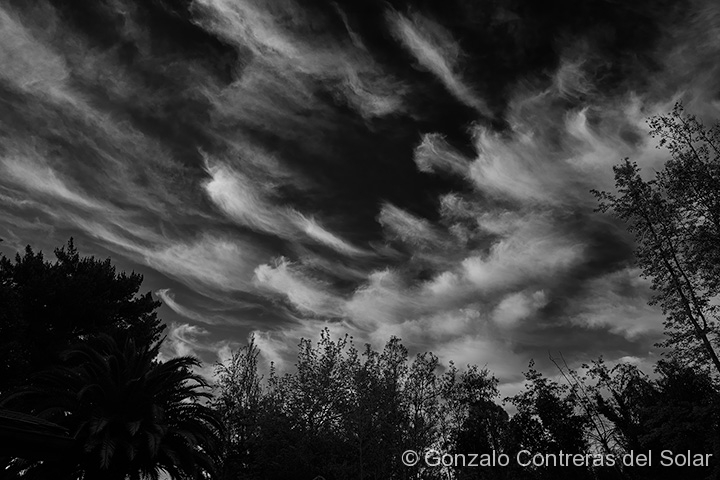 The following tree images of cirrus clouds were taken at home, in 3 different occasions, making totally different forms. I published this image earlier but is needed to pair with the other 2. 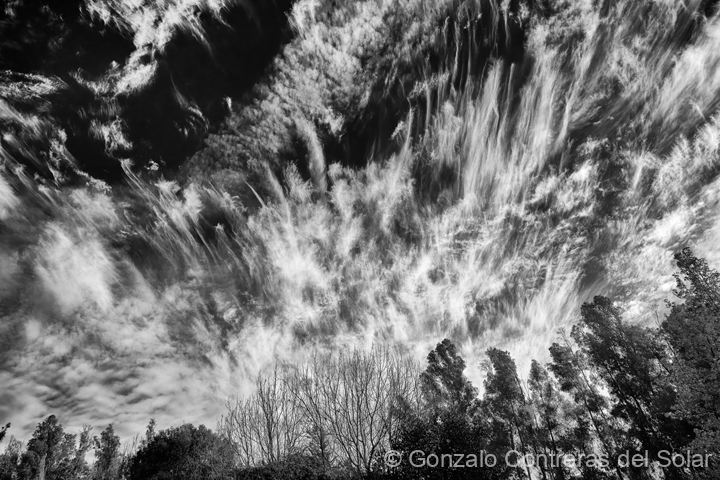 It was an early winter morning; I was working at home and received a call on my mobile. Where I live, the signal is not very good, so I had to go outside to have a better reception. While speaking, I noticed the strange forms of clouds that were painting the blue sky. They looked like sparks of fireworks being created in the sky. 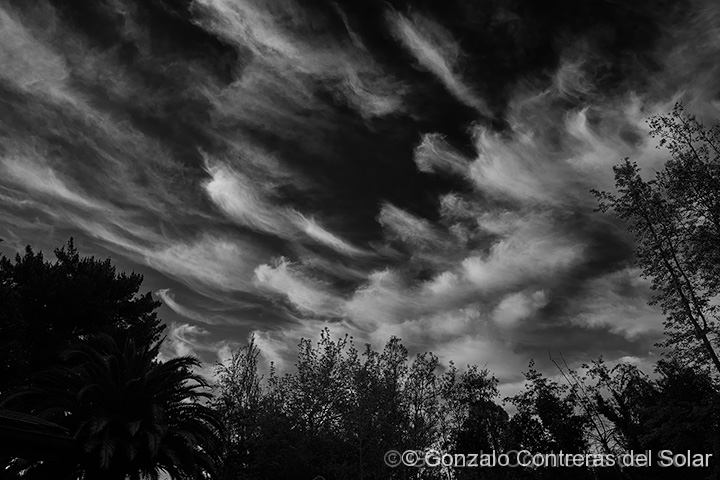 I had to rushed to end the conversation and ran inside, got my camera. It took me just a few minutes, during that time, the entire sky had changed from my initial view. It looks like a sky carnival. The images were taken in color, but B&W honor the scene. 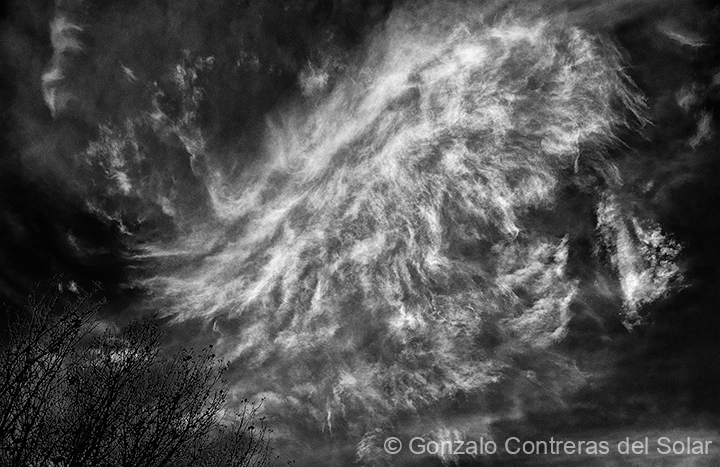 I later learned that this type of clouds was called Cirrus. Formed at high altitude looking thin and wispy, made of ice crystals tend to predict weather depending on wind direction. 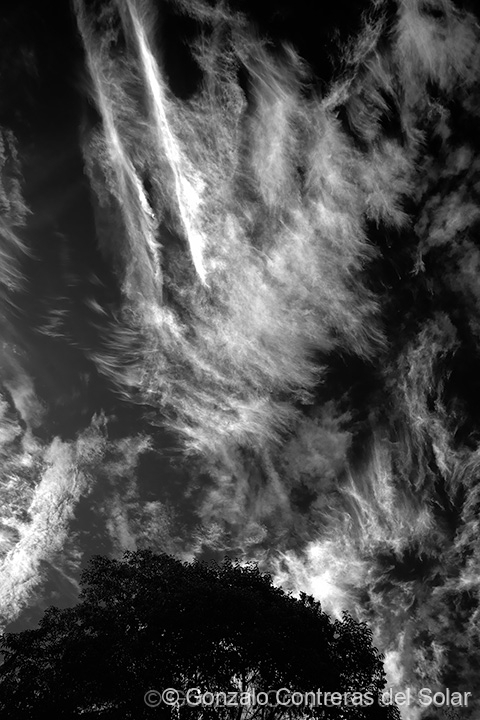 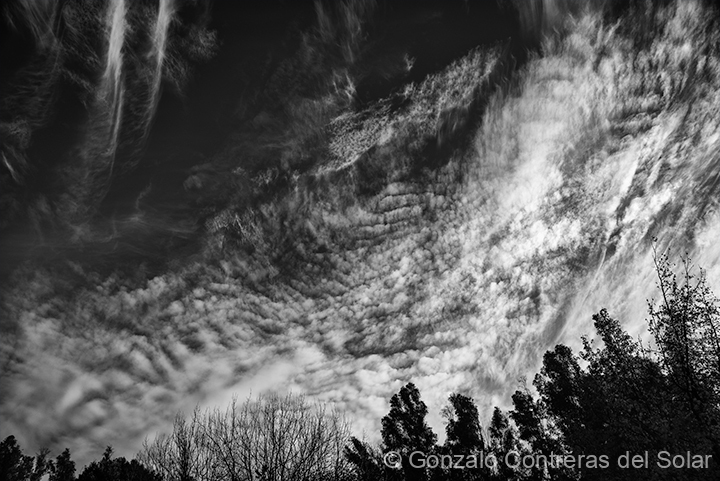 At day end, collecting my dogs entangled in a barking fight with my neighbor’s dogs,  I saw this cloud. Rushed to get my camera, the dogs had to wait. These were some of the many images I made of cirrus clouds at home.