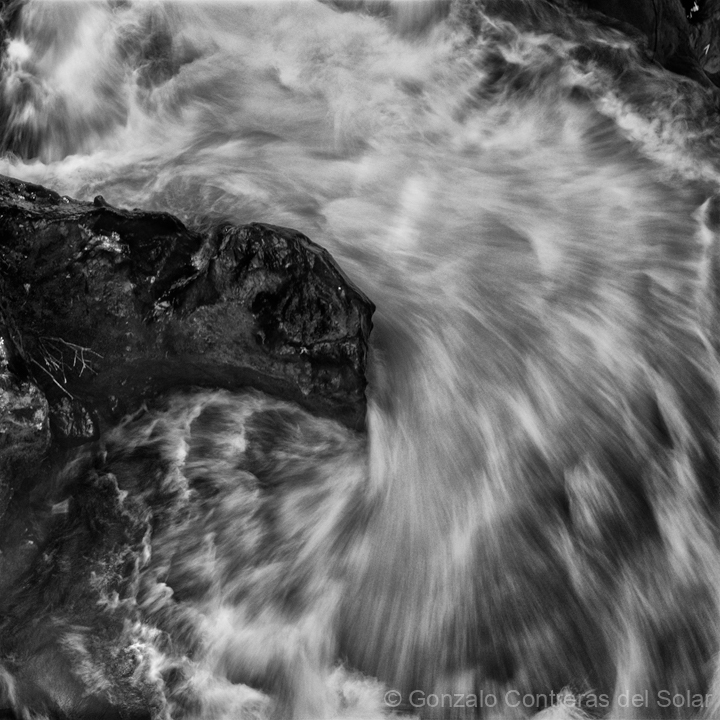 I wrote many posts related to water but never mention about the importance of Gravity in its relationship to water.

H2O, name that’s also given to water, is based on its atomic composition of two Hydrogen atoms and one Oxygen. These molecules aggregated form the water molecules that we see in the form of vapor, liquid or ice. 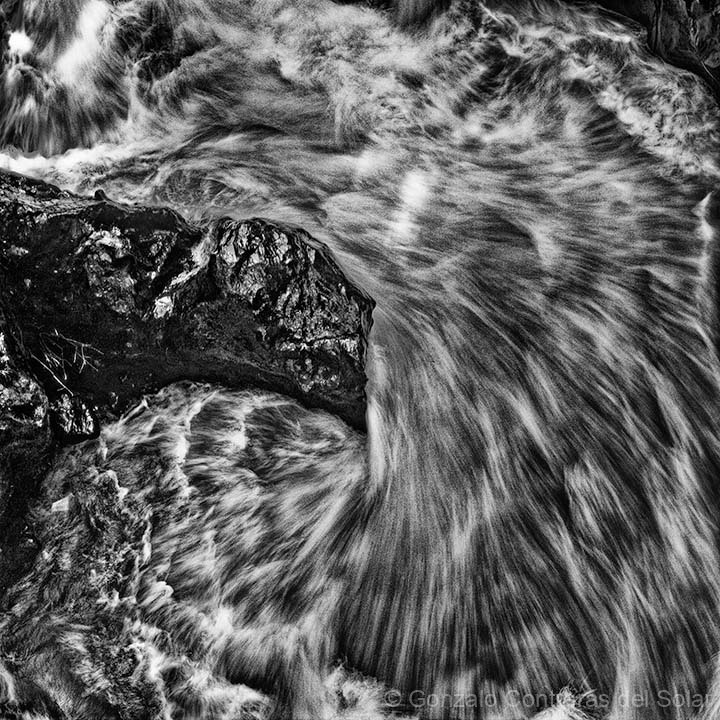 It is gravity that enables the water molecules to aggregate and propels its cycle. The clouds precipitation in form of drops, snow or hail, convert into small streams that become rivers ending into the oceans. With the aid of the sun light, it evaporates from the sea back into clouds, repeating the cycle. 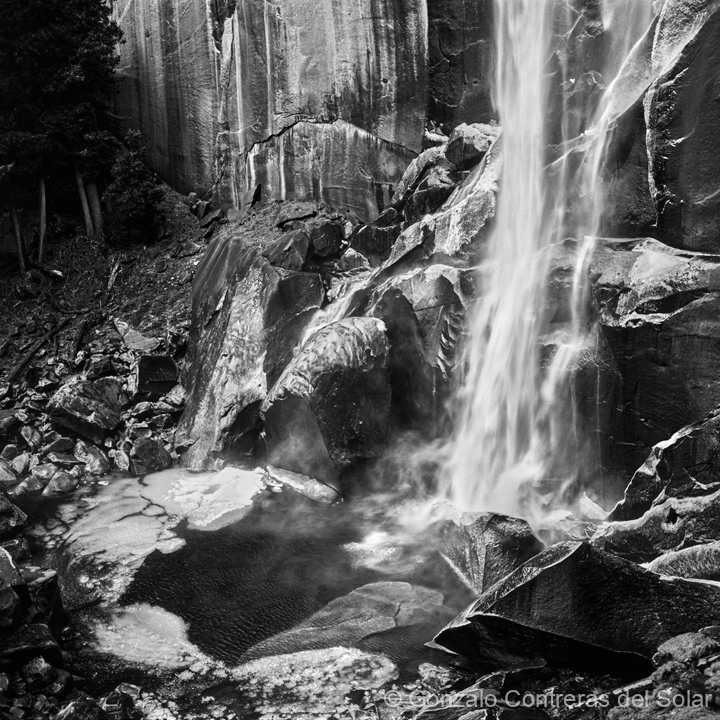 As water shapes rocks and terrain, it designs how she will flow, enabling me to portray her.

These images evoke some of the water designs that my eyes encountered at different points in time and locations.

The  curious circular shape was taken in two different occasions. First that the film came out blank and this one, which I captured year later from the bridge above Río Renegado, close to Termas de Chillán in Chile. 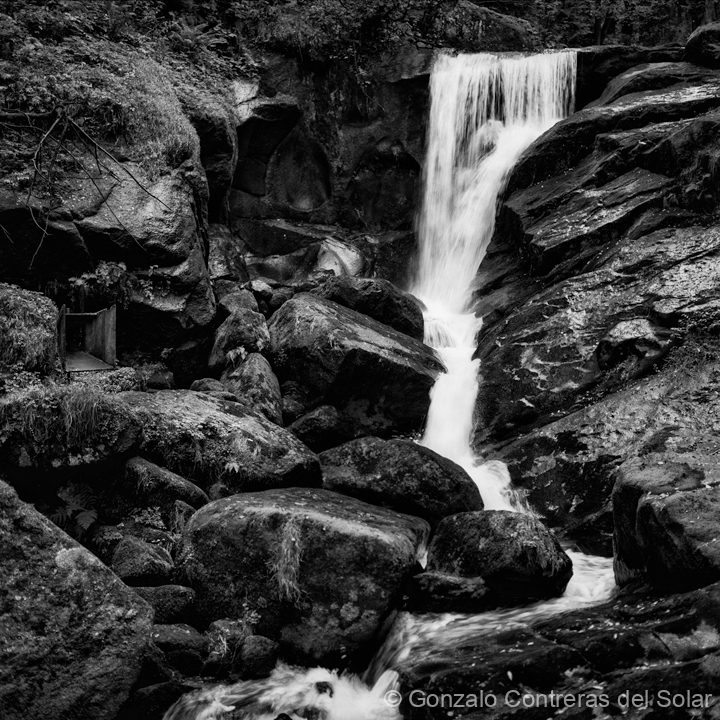 The vertical design of water is from my first trip to Yosemite at Vernal Falls. I published a post with sister image taken year later (Vernal Falls at a Close).

I found this irregular design while traveling through the Black Forest at Tribërg. Previously published on post Tribërg and Schaffhausen.

The power of gravity over water molecules shaped and designed these images.