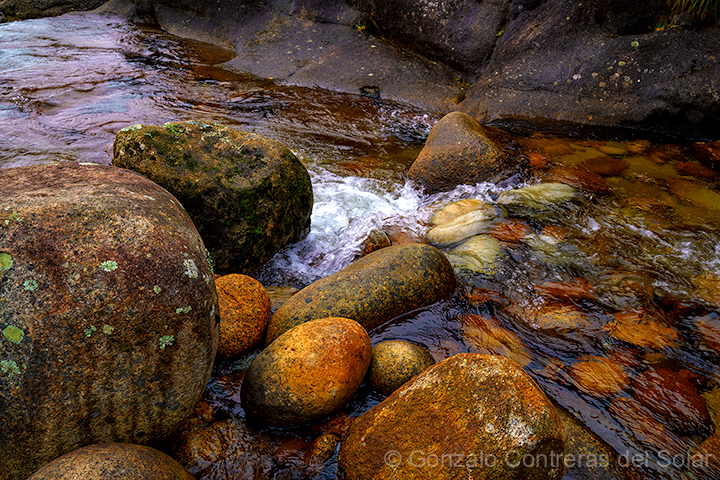 After registering the Polished rocks at Puerto Ranquil, I focused on the small creek going against the mighty Pacific Ocean.

The entire idea of visiting Corral seashore was to photograph water that shapes the land contours as well rocks. I got distracted for a while registering the polished rocks, but later moved towards the small creek. 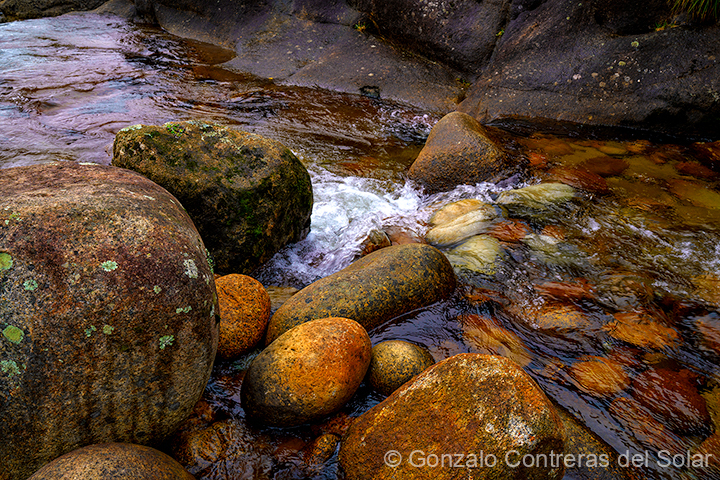 Water flowing down was crystal clear, which not always is found on the sea affluents. They mostly arrive bringing debris and lime that contrast in color against the sea water. 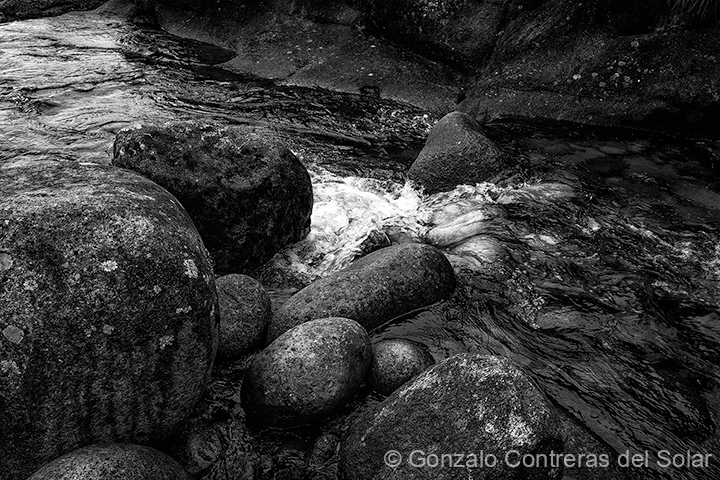 The polished rocks after rolling around through the groves ended at the seashore and some near the creek.

I can’t imagen the water energy moving heavy rocks the size of a football, as well as some larger ones. I have seen images of similar size rocks moved at the desert by the wind. 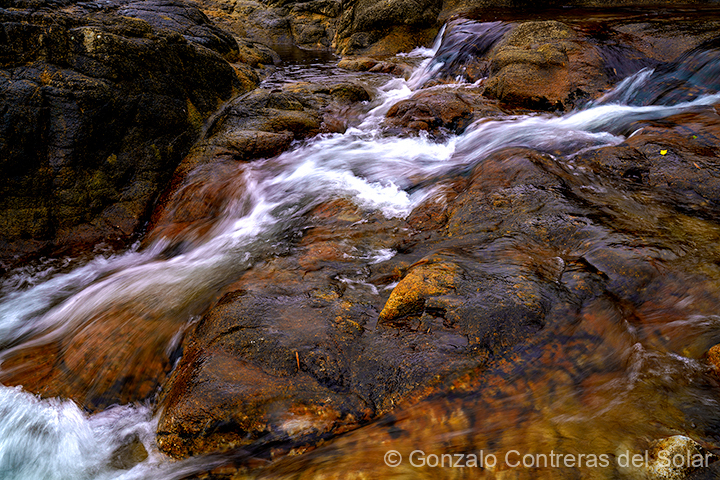 Curiously rocks that were scattered on the granite seashore were mostly white, however the ones on the water were yellow. 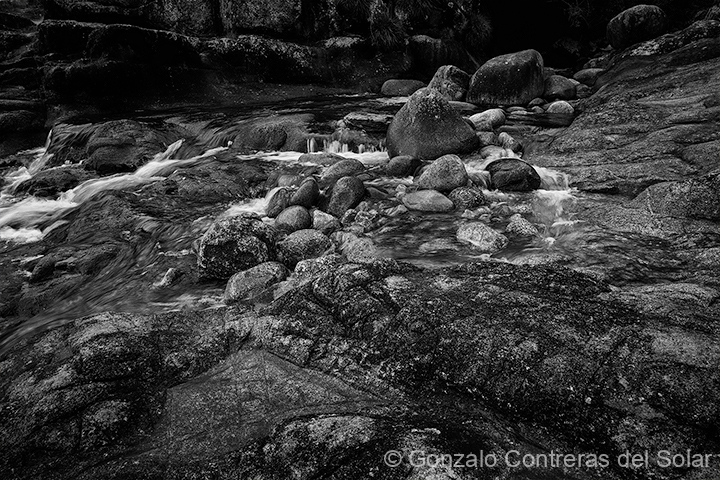 My images are taken using natural light, so I thank when there are clouds around, who reduce harsh midday light. 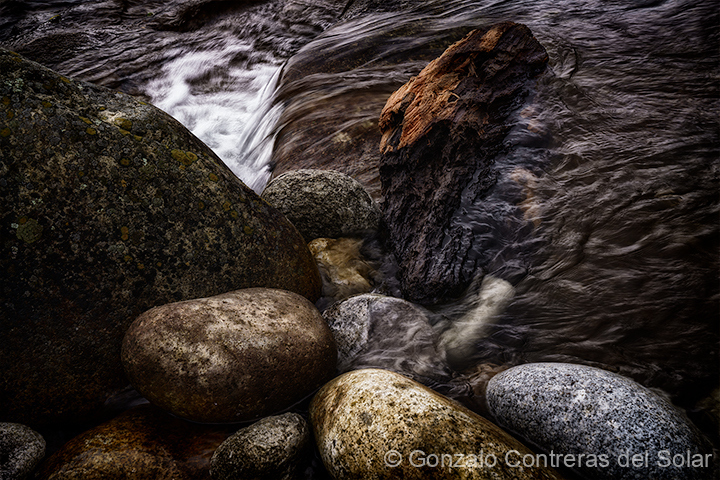 Although I took my old Rollei and lenses, capturing parallel images in B&W film, digital color images came out superb. Still need some time to prepare chemicals and develop the film and scan it. This was our process to capture images before the digital cameras appeared. We did not have the instant gratification of today technology unless you took a Polaroid camera. 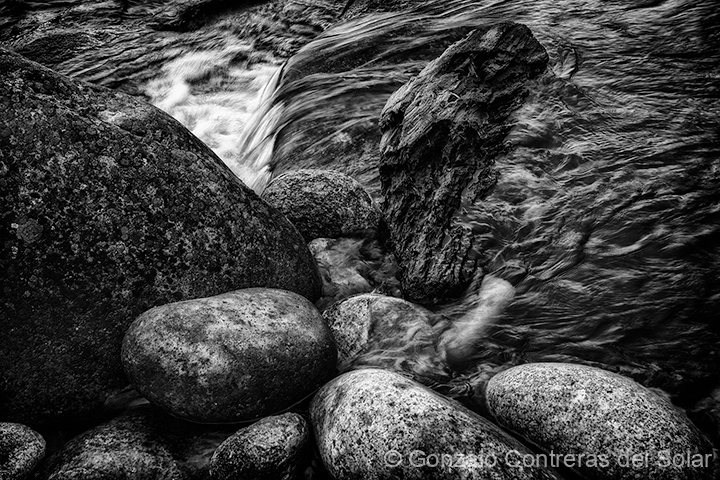 For these images of the small creek going against the mighty Pacific Ocean, I am also including B&W version.

A day at Celestún