Cirrus cloud formation as a fireworks carnival is back after a while.

Some time ago I learned that this type of clouds was called Cirrus. Formed at high altitude looking thin and wispy, made of ice crystals and tend weather prediction depending on wind direction. 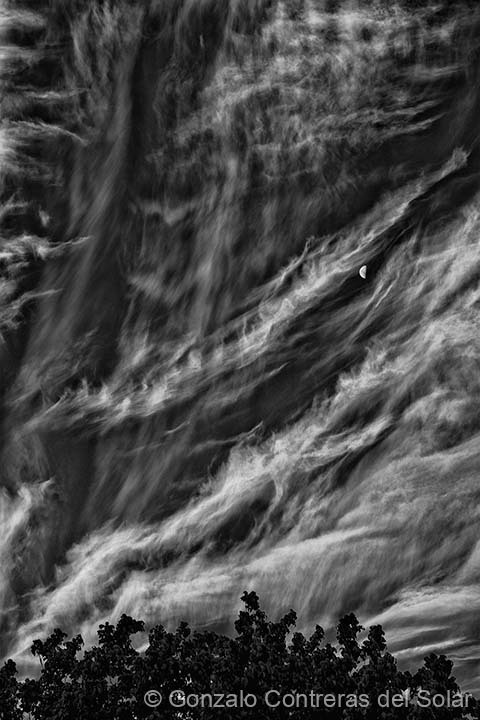 The cirrus clouds are formed form the ascent of dry air, converting the small quantity of water vapor into a deposition of ice (changing gas directly to solid).

They produce precipitation which never reaches the ground, as it re-evaporates forming Virga clouds. 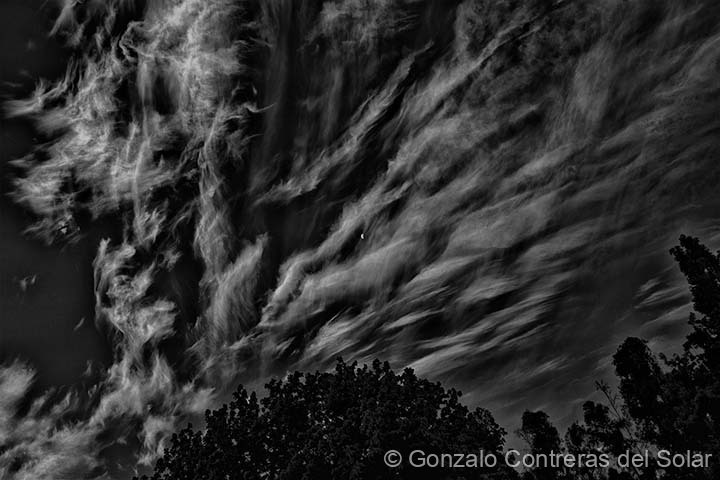 It has been a while since the Cirrus clouds appeared in the skies of my home.

In this occasion I went out to close a garden hose and saw the Cirrus clouds already formed. The first time and only once that I saw forming them, was in the same location. I saw streaks  of white lines that started to explode like fireworks, naming them cloud fireworks carnival. This happened so fast that the few minutes it took me to get the camera the sky had already painted. 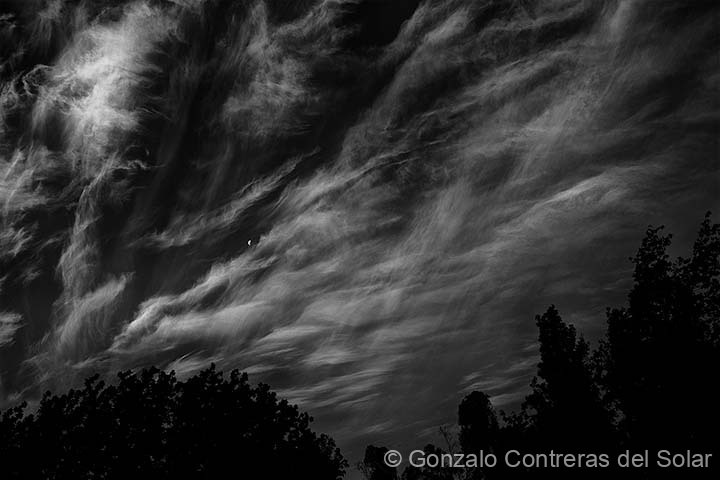 They are categorized into five species: Fibratus, Uncinus, Spissatus, Floccus and Castellanus. So far, I could not find a catalog of image to see which category of Cirrus clouds I photographed. 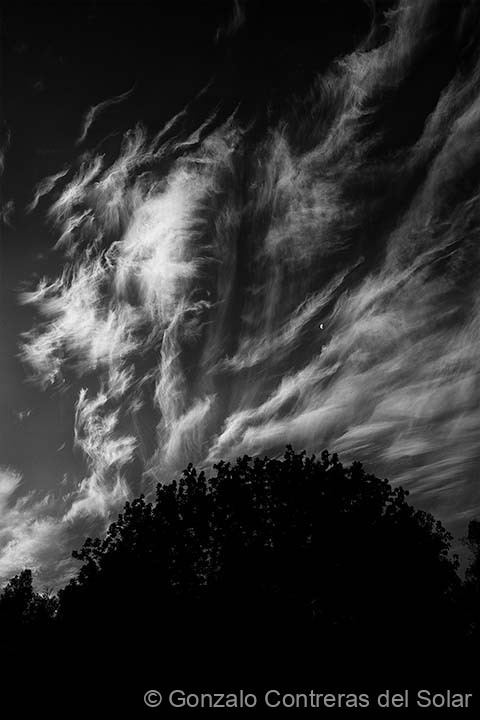 Hope the cloud fireworks carnival (as I name them) is back again.