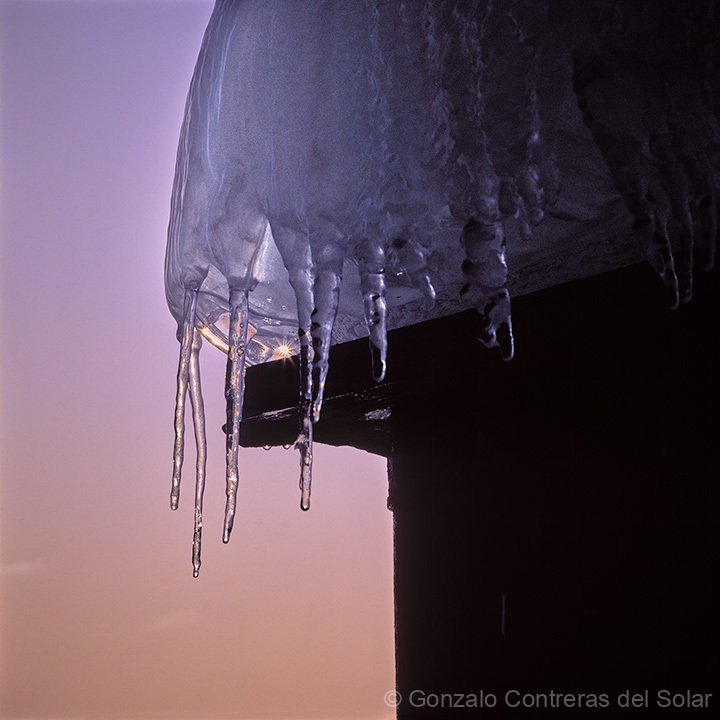 These images are of icicles taken in different winters years apart.

It was our first visit to Yosemite; winter was just starting; it was almost Christmas time. I had only knowledge of Yosemite based on Ansel Adams, and some guidance from the park ranger.

On our way to Mirror Lake, I found it smaller compared to the images I had seen from Ansel’s book. The amount of sediments deposited throughout the years had reduced its size. 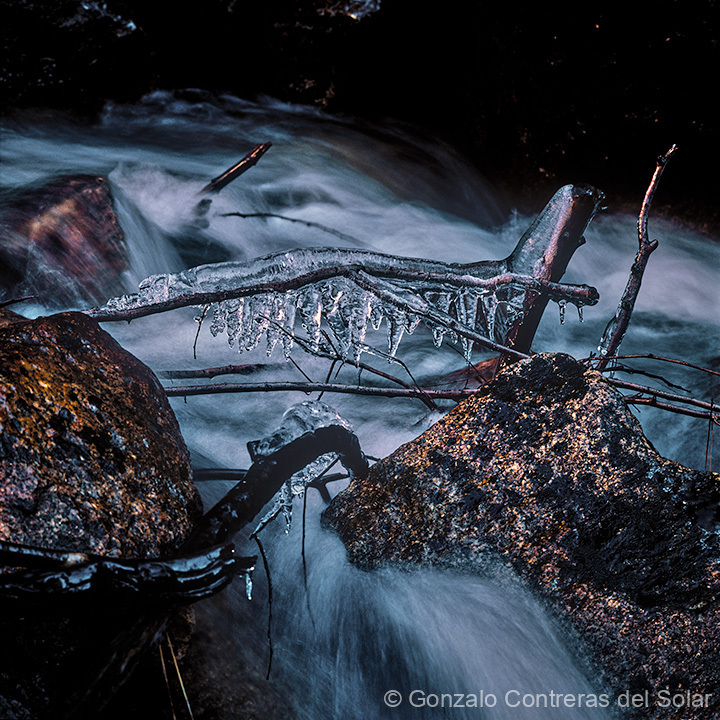 A tourist showed me marks where the lake used to be, when he was young and visiting with his father.

Walking back, I found these icicles. I had a small traveling tripod, which was no appropriate for the heavy camera. Most of the images that needed a tripod except three, came out blurred. Since then, I make space in my suitcase for the heavy and sturdy Gitzo tripod.

I published many images of this small creek at Yerba Loca national reserve. It was originally a color image and converted to Black and White. The icicles were hidden behind bushes, which were difficult to trespass. Fortunately I had space to place the tripod and started shooting. 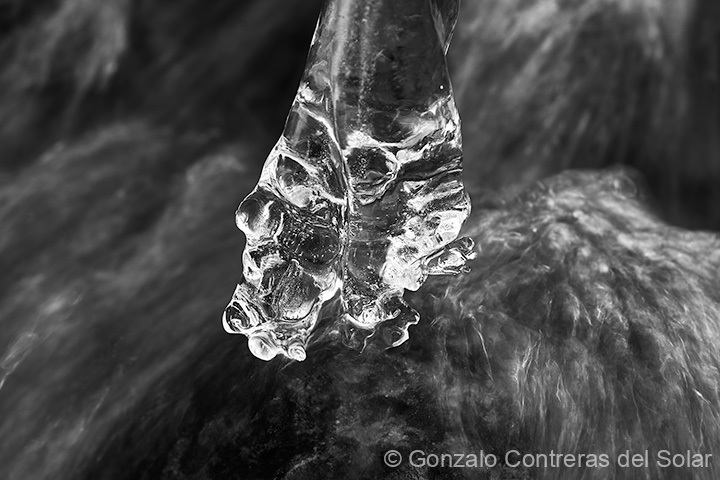 It was ski season and rented a cabin at El Colorado ski center, close to Santiago I had already purchased a Gitzo tripod, so my heavy camera was able to take long exposures without movement blur. On the porch I noticed these icicles, the sun was in the horizon, and captured the moment. 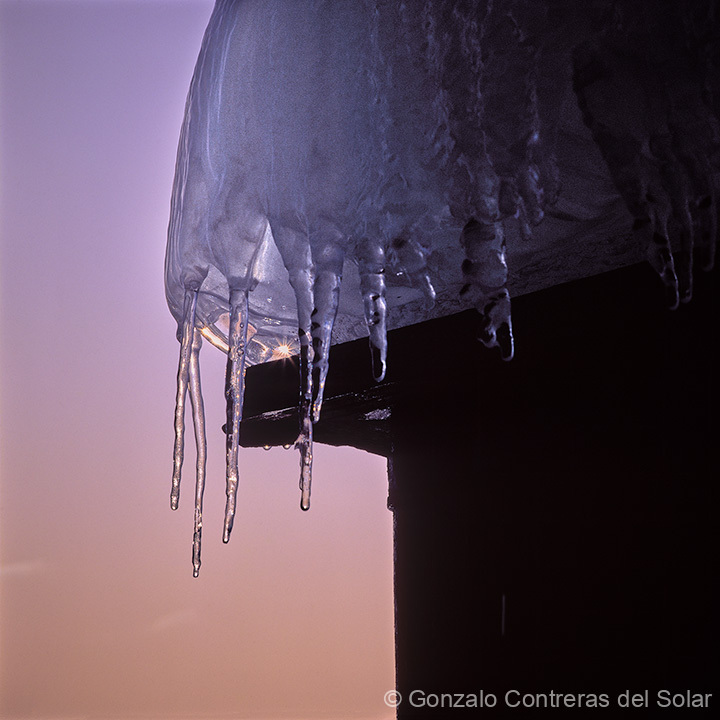 Most of the image I like best are from icicles which were taken in different winters.