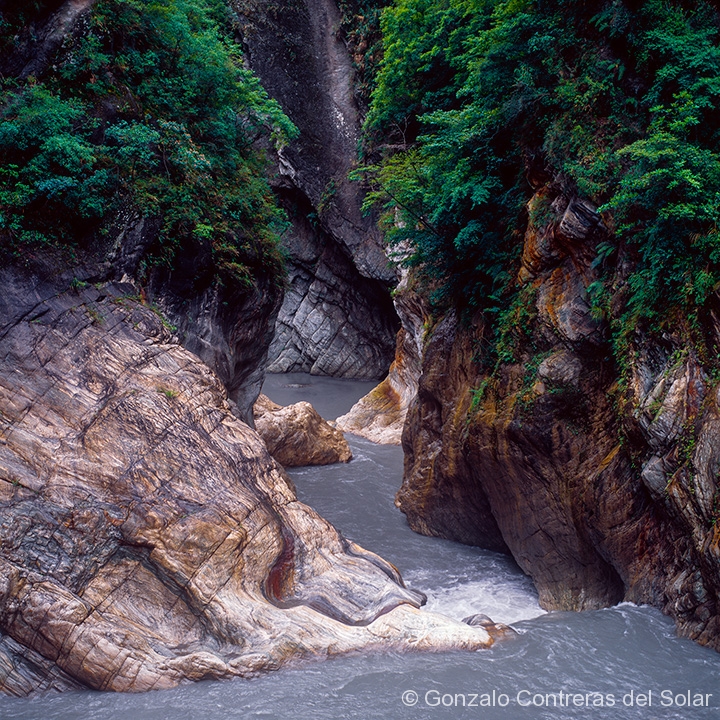 These are images of Taroko National Park.

While working in Hong Kong, just before the British handover to China, I had to travel to Taiwan. During the weekend, we decided to visit the Taroko National Park, near Hualien. I did not imagine that it was going to be a beautiful place. The trail signs were in Chinese, but fortunately had a map of the park in English with the Chinese characters. I had to compare both of them to see where I was. Anyway, we managed to get around the trails that were constructed by the Chiang Kai-shek troops. Later when retired they settled in a small village on a park hill. 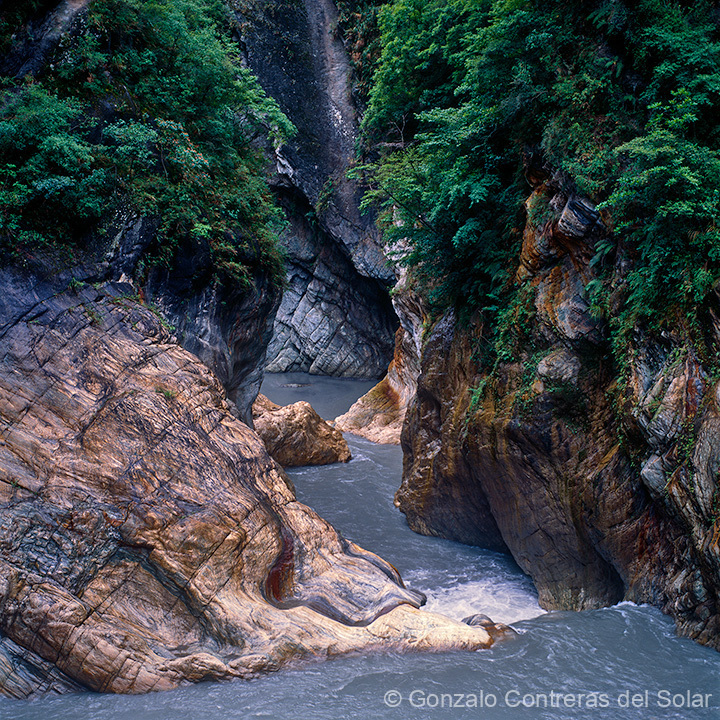 Vegetation and landscapes were very similar to my homeland in the Yungas region, where my love for water portraying started. The only difference was that you would also see many temples, and in certain places a large Swastika. I was curious of seeing them; however they were reversed to the images of 1945, also much warmer climate. 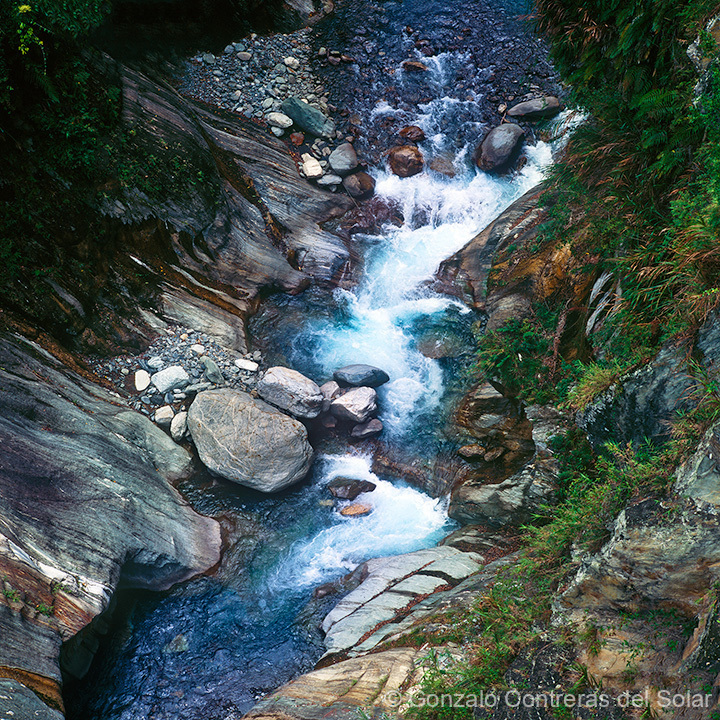 Recall going to the Bamboo Village up on the hills, trying to follow the pace of a group of young people. On arrival to the top, took pictures and as always, I used a voice recorder with details of each image. Later that night back at the hotel, while listening the recording of my voice and transcribing the details, I could hear as if my heart was about to burst out of my chest.
As I had planned the trip in the last minute, I had left my hiking boots in Hong Kong. I was using plain shoes that were killing my feet. Finally, I took them off and walked barefoot. 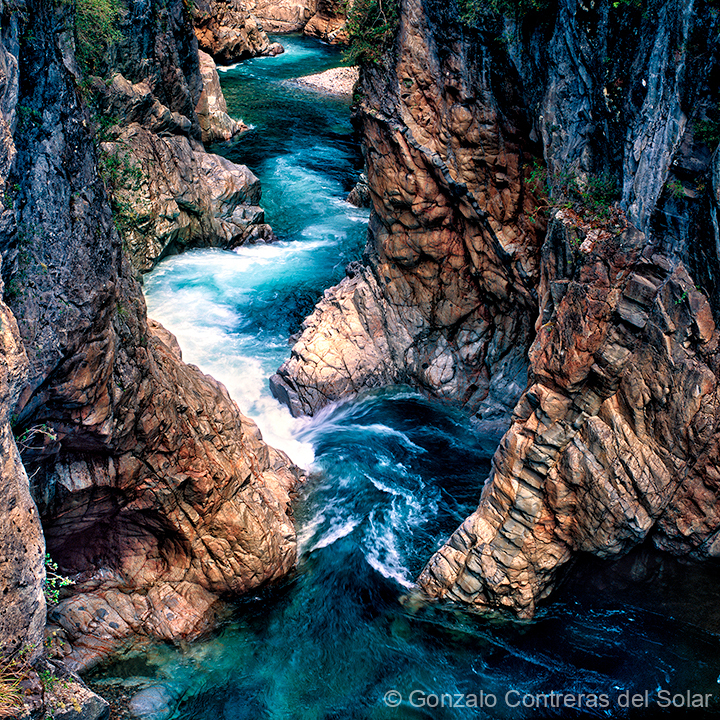 This image is similar to another that I made on the opposite side of the world near Lago Ranco Chile. I had returned to Llifen to take new images of the Caunahue River. Year earlier I had photographed from the main road. This time I decided to take the photographs from the opposite side. I found a small road that had wooden bridge looking to the gorge and the rock carved by the water erosion. By then, I did not know that in a couple of months I would be looking at a similar scene. Images above, from the  side of the world, in Taiwan.