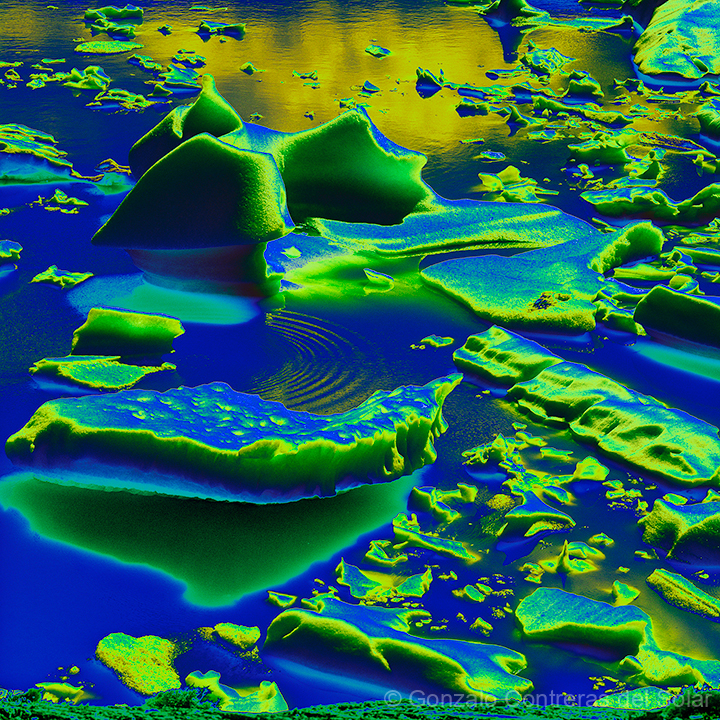 Global warming effect is impacting all areas around the world.

The first and third images I took at Laguna de Aculeo, South of Santiago city.

I used to go many times to take pictures of the sunsets or after snowstorm that white cover nearby mountains. 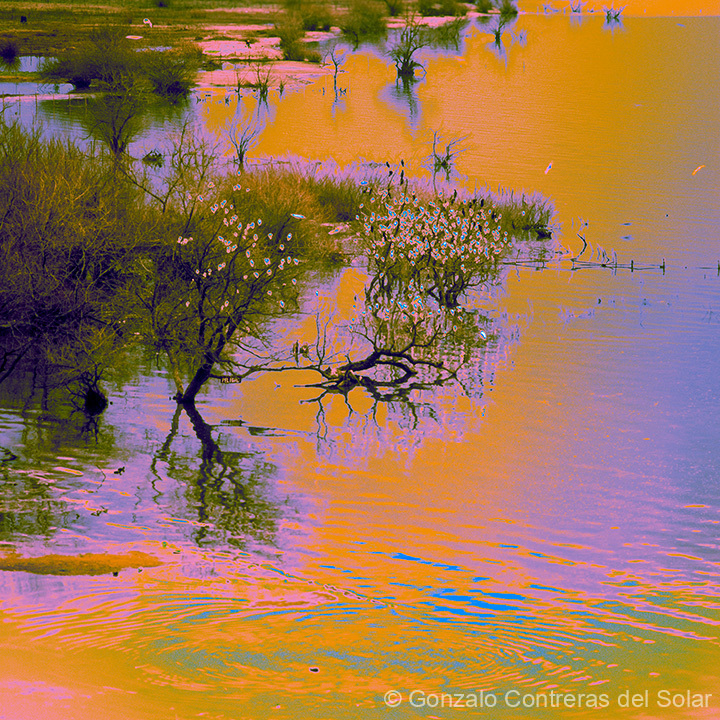 During 1994 winter, I took the first image, where the rain overflowed the lagoon, covering a football field. There were 2 spices of birds, one in black and the other white, they both coexisted sharing the same tree. With a magnifying glass I discovered that there as a sign warning danger “Peligro”. Guess that the sign was put so the motorboats would avoid banking on the shallow water. After digitizing the film, with the digital enlargement, the sign was clearly visible.

Eight years later I took the third image, where on another winter the lagoon flooded the surroundings again. Being these the last occasions that the lagoon was overfilled.

Due to numerus housing developments, farming and obviously lack of rain, today the lagoon vanished. 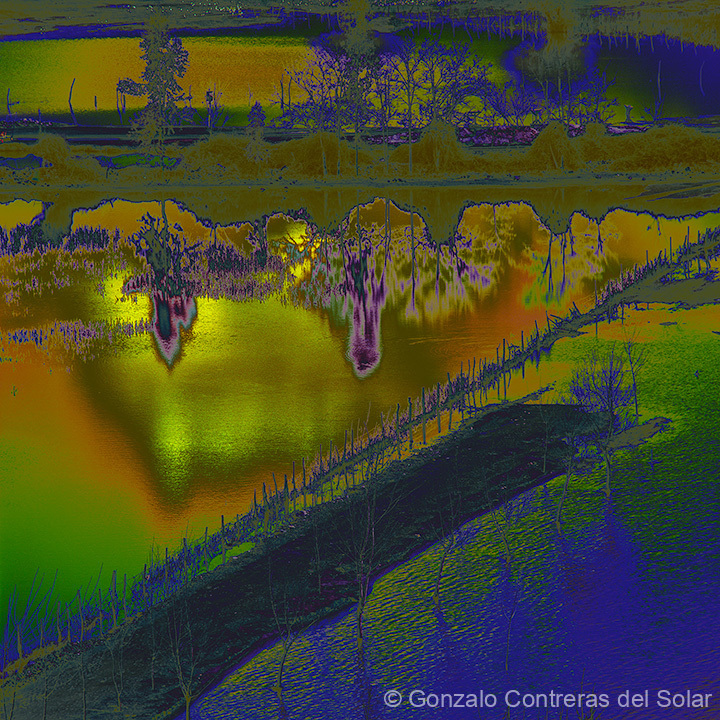 A different situation is happening at the Patagonia, where the global warming effect is impacting Glacier Grey and Grey Lake.

I took the second image in 2002 at an iceberg gathering point 12 kilometers south of the glacier. Today the glacier has retracted between 1 to 1.8 kilometers in certain sections.

Due to the temperature increase, during the trip that the icebergs take, they are melting at halfway. The icebergs gathering has disappeared, you can only see them 1 kilometer from the glacier at a nearby cove. 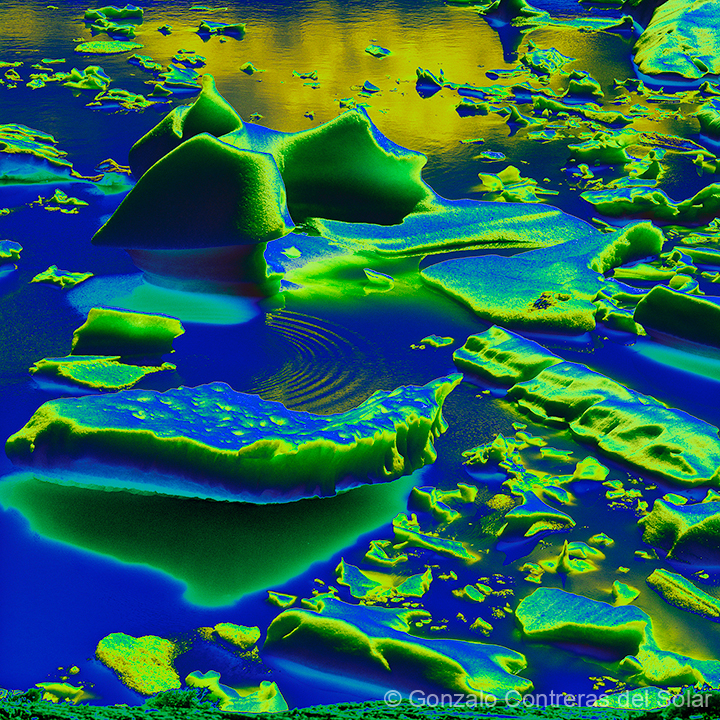 Some of the images that I took on film between 1997-2003, were digitally solarized using the The Sabattier effect.

This technique developed by Armand Sabattier in 1860, where he altered the normal densities of a photographic image giving a touch of light during the development, also called solarization. Today I used the digital darkroom to create this surreal color images.