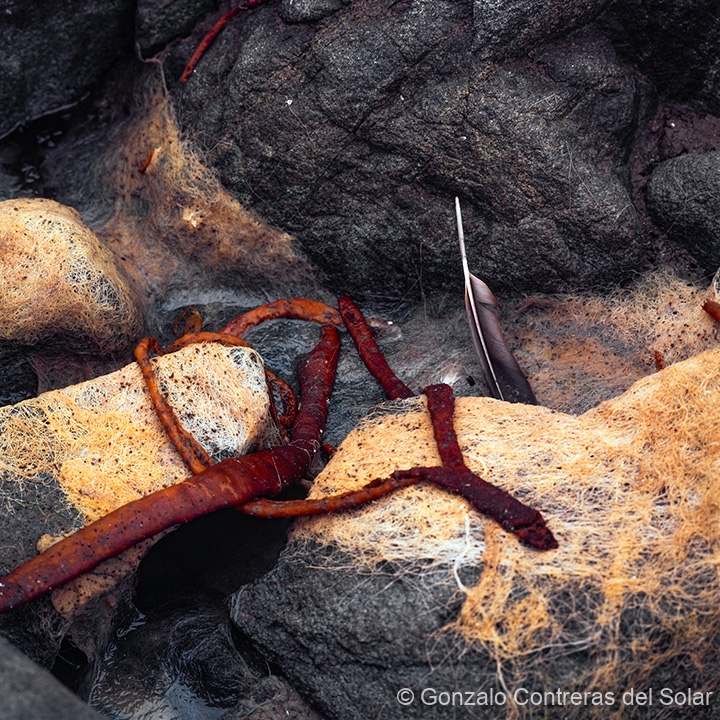 These are strong color images of fibers and water, that were taken at Salinas de Pullally, on a private estate, where a friend invited us during the holiday season about 10 years ago. 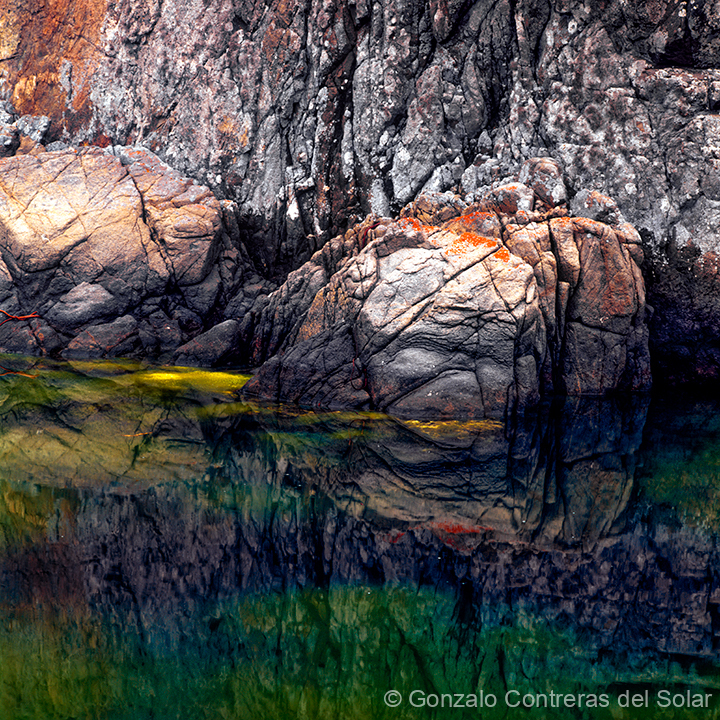 In that opportunity I went scouting places where I could take photographs near a cove. I found a group of ponds formed within the rocks near the seashore  line. From the hill I could see strange colors floating on the ponds, so curiously went down. 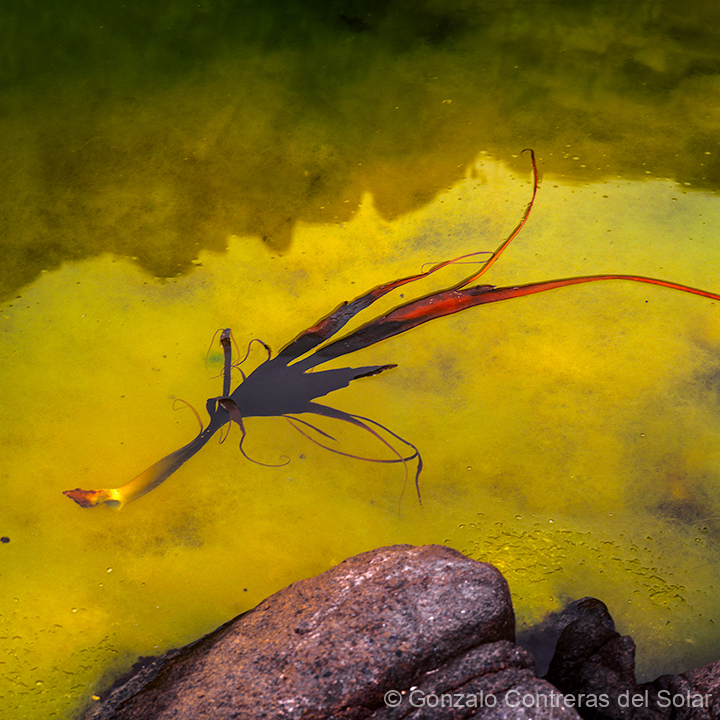 Arriving discovered a large quantity of white and brown fibers, graciously laid over the rocks. Apparently, someone had thrown a mattress to the sea. Guessed that during a storm, the mattress was destroyed against the seashore rocks pulling all its fibers out. 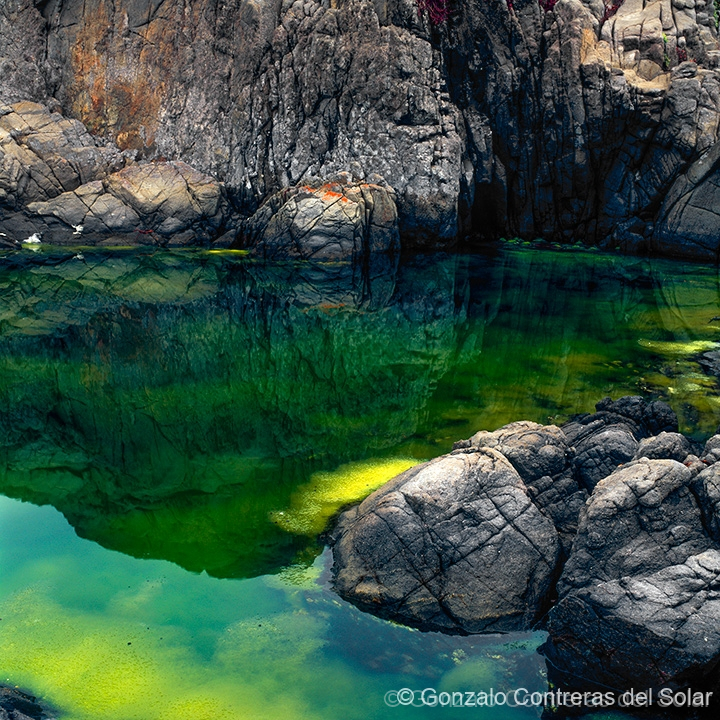 The water movement had violently laid them giving a calm and surprising scene. Stayed for half a day taking many images from different and angles and ponds. I would return a few times during a 7-year span, registering the pollution decay of the fibers. 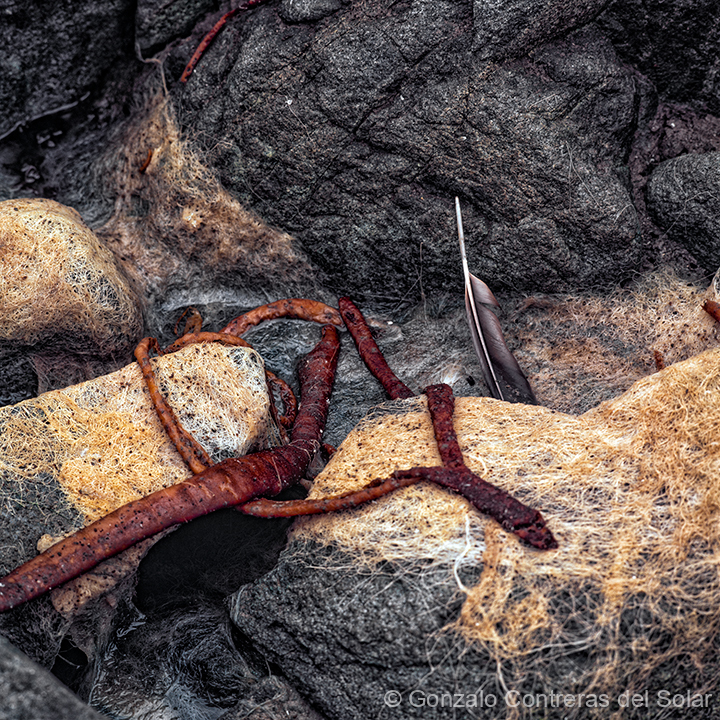 The last time I went, the fibers over the water were still there, but the algae had intertwined with them. Some went to the bottom with a strong green color and others floated with a yellow color.