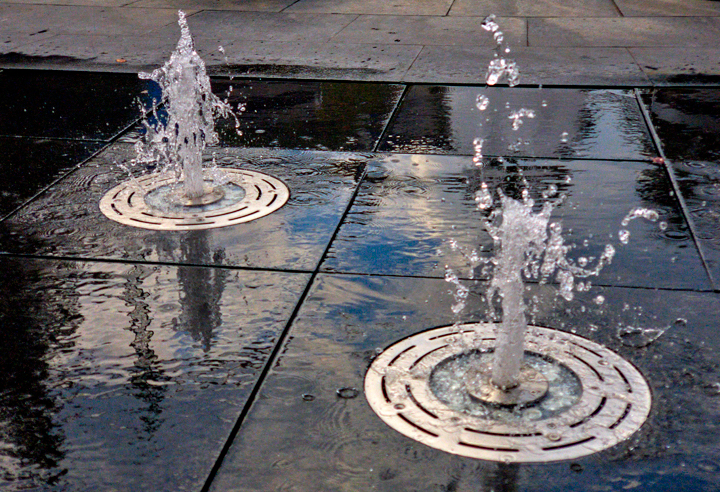 I was traveling quite often to Central America and on few occasions had to stop in Mexico city. As I was taking only images with my Rollei 6008 film medium format camera, which uses film. 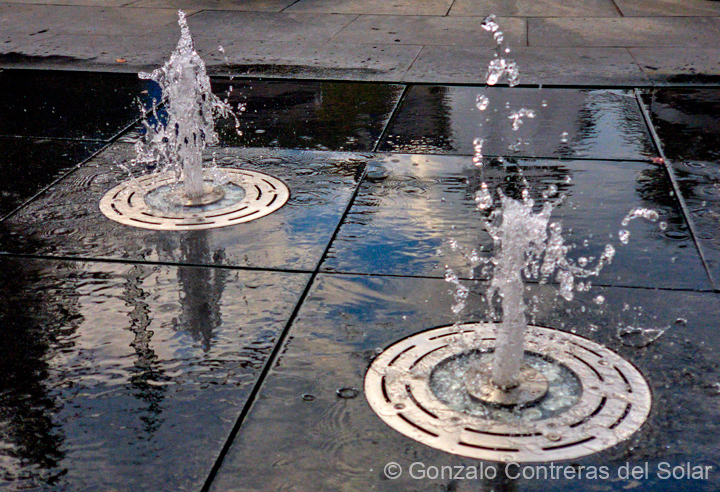 The size and weight of the camera and the many stops could damage the film due to the security checks. So the only portable camera was my iPhone, for which I bought the ProCamera App. This app allows me to take images in manual mode an generate a RAW file in addition to the jpg. I had already made some images with the phone like a Selfie at the hotel. 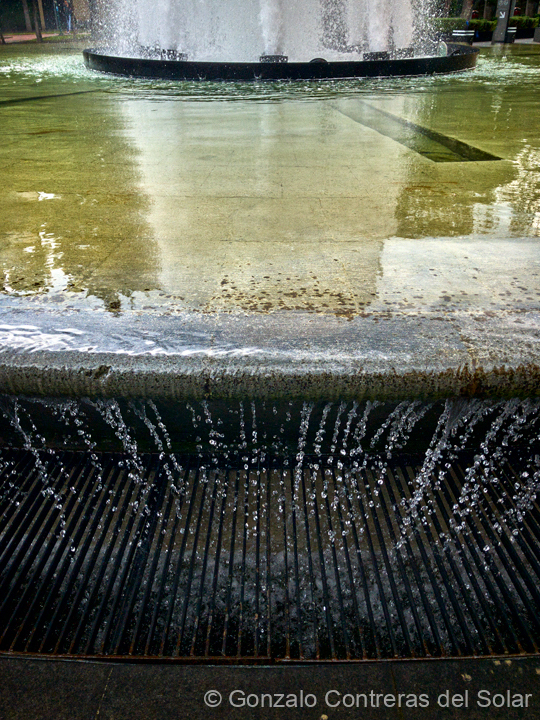 The Raw file allows you to further work the image in Photoshop or Capture One.

My hotel was at the Polanco zone, where there are many restaurants. Going out for lunch, I passed near El Palacio de Hierro mall, where they had fountains with water jets. 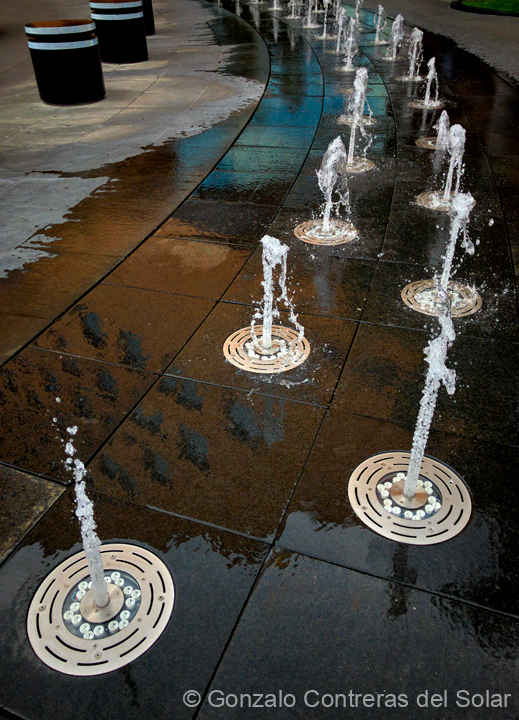 The light and forms captured my attention, and in an instant act, took my out my iPhone.

Some security guards looked at me with curiosity, or maybe suspicious of what I was doing. Fortunately, they let me take the images I wanted.

After lunch on one of the Polanco restaurants I passed by the mall again, but the water jets had stopped working.