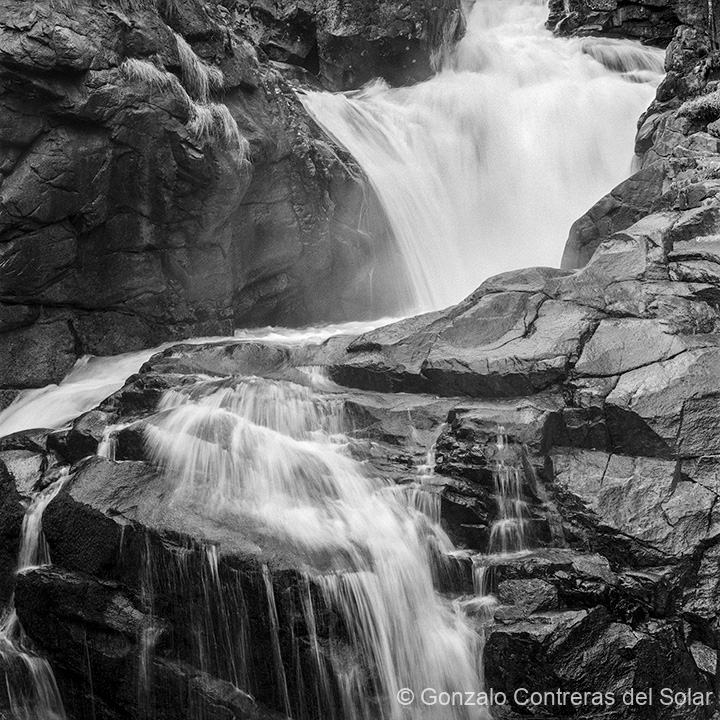 While in France wanted to visit the French Pyrenees, and looking for waterfalls, Google pointed Cascade du Cerisey at Cauterets. We stayed the previous night at Lourdes visiting the impressive church and Sanctuary. 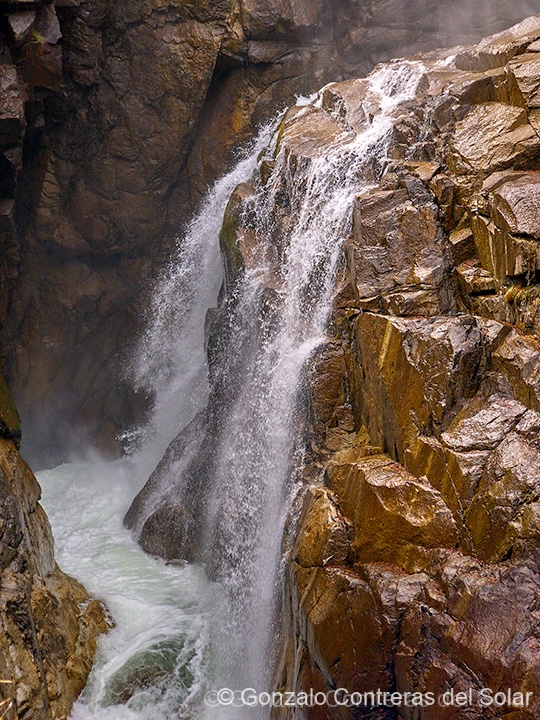 On our way we saw a few waterfalls, but there was no place to park the car, so we continued driving up the hill until we got into a passing control. I though that this was to enter Spain, but it did not make sense as there are no boarder controls between France and Spain. I later learned that it was a control to assure you had the proper gear to continue driving up the Pyrenees. This route went to the sky resorts. 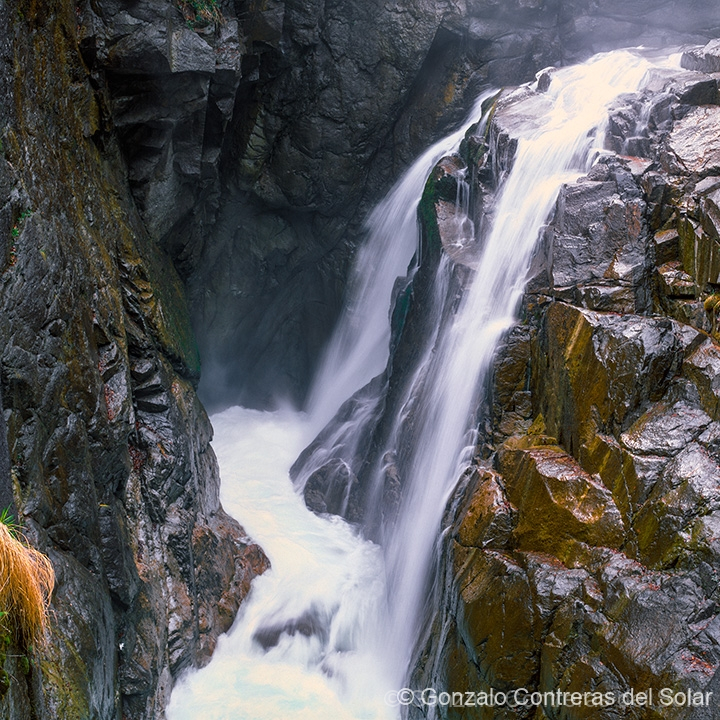 On our return, I had to stop and leave the car 100 meters away from the Cerisey waterfall.

The water mist from the waterfall was strong and the wind was blowing in my direction. I didn’t want to ruin my camera with the rapid accumulation of water drops in lens and body. 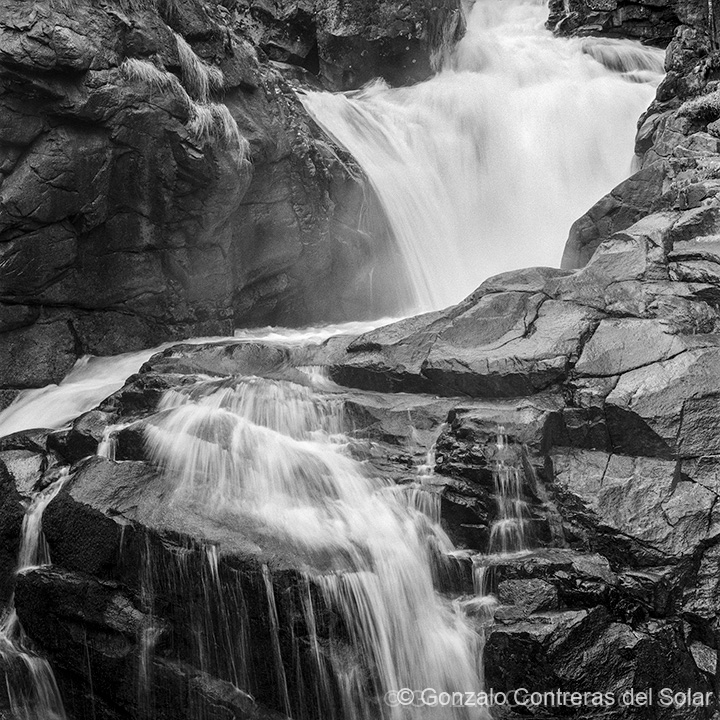 So I moved to a side where I could work without issues, installed the tripod and covered the camera with my jacket. 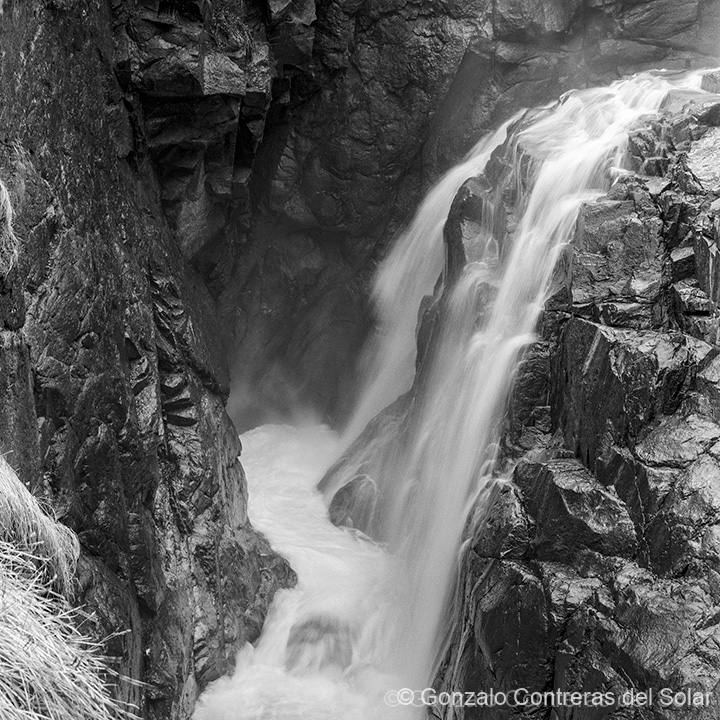 Again, I used film, in color and Black and White to portray the Cascade du Cerisey.