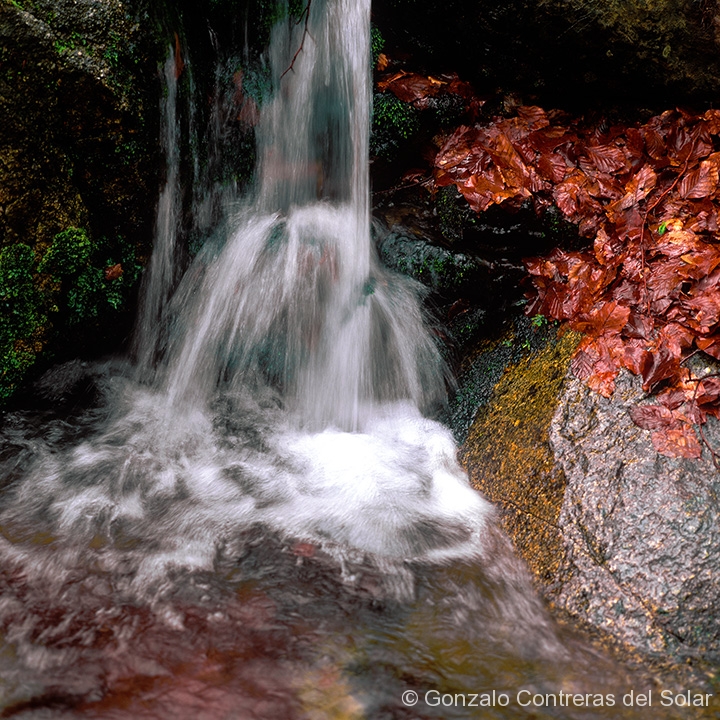 Montseny water streams are images at the beautiful National park.

Traveled to Barcelona to prepare the exhibit and launch at Museo Agbar of the book “Del Agua”.

For which, the launch was a joint venture between Chilean Gonzalo Rojas poetry and my photographs of Water. 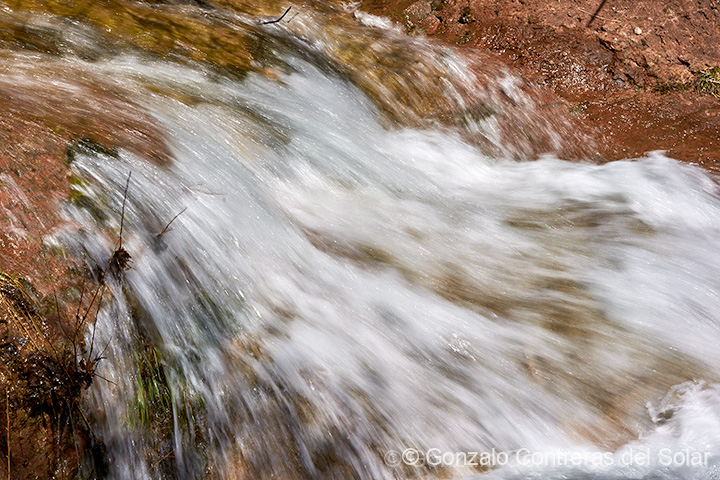 The book was previously launch in Chile and for the Cumbre Iberoamericana, the president gave a special deluxe version of the it to her peers visiting Santiago. 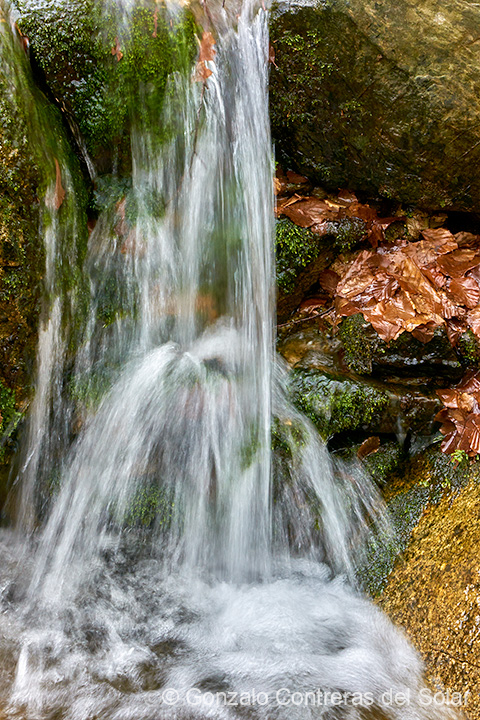 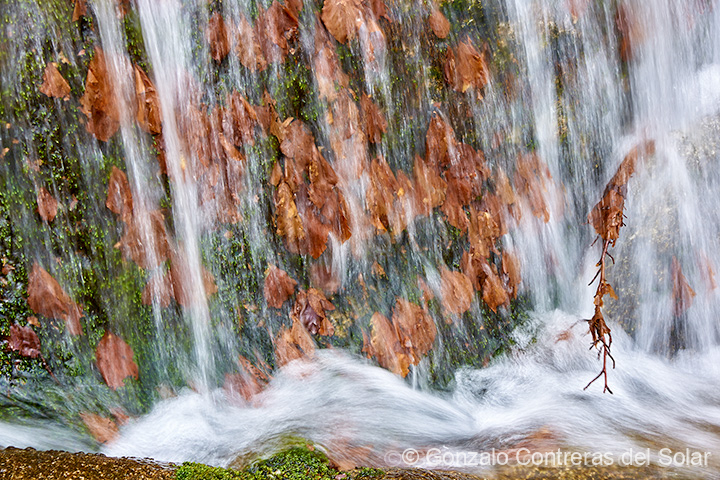 After the exhibit launch, I wanted to take my wife to Montseny park, which I visited a few years ago and had taken photographs with my friend Felipe. 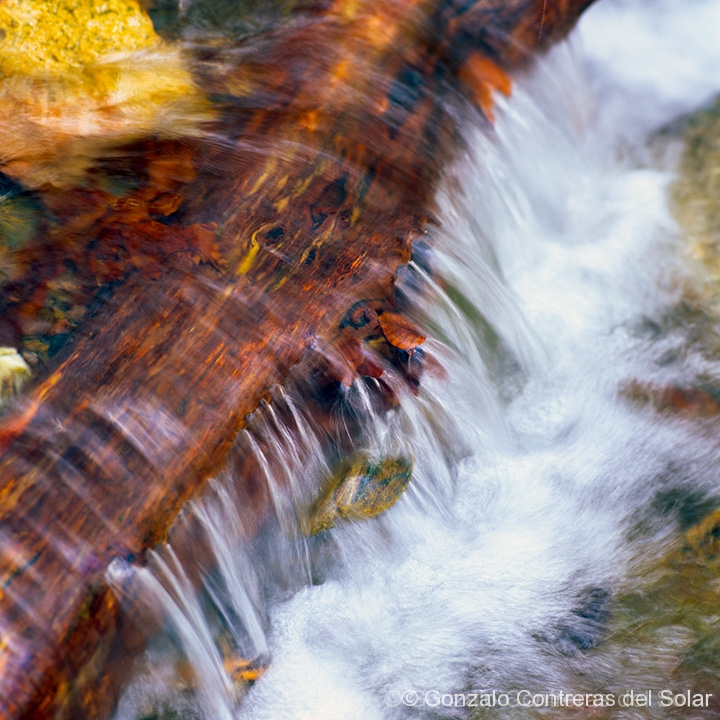 Did recall seeing an old monastery that was refurbished and converted to a hotel while retaining the original structure. I managed to book a room at the monastery hotel, after a long internet search. 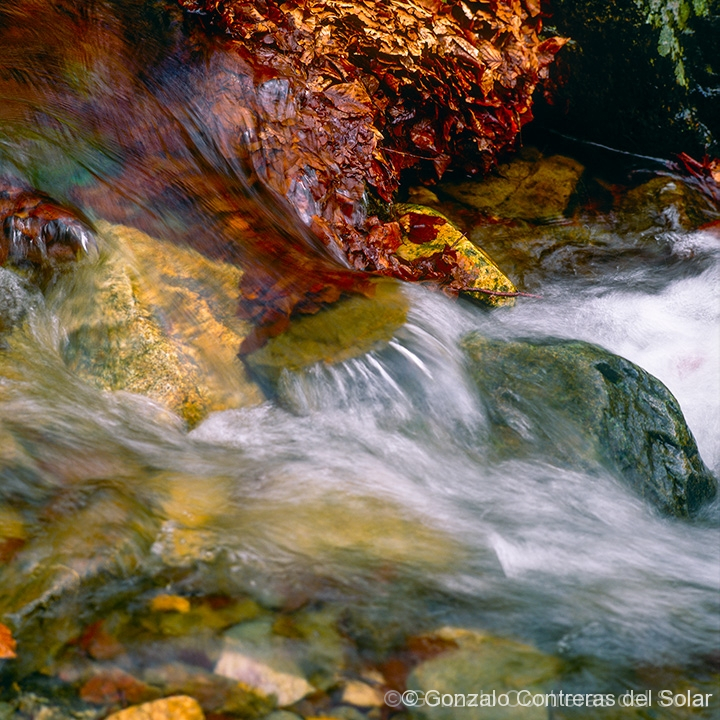 Once at the park and near to the hotel, we passed through a small creek. As it was April, all the fallen leaves that survived the winter snow had an intense light brown color. The water was crystal clear as it happened on the previous occasion. 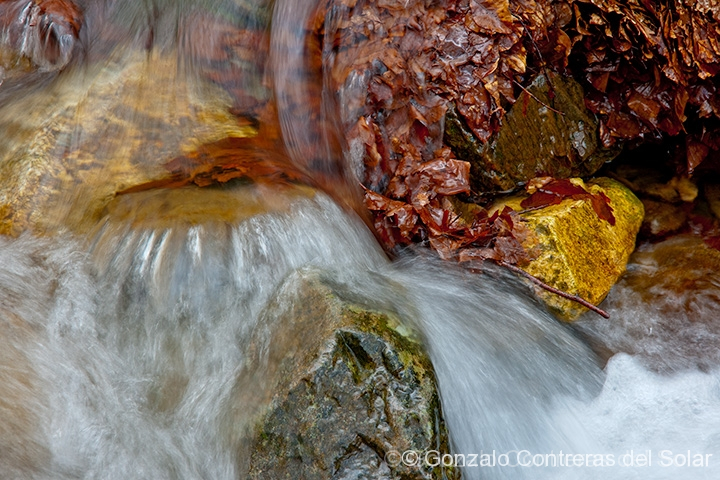 As I knew that would make Montseny water streams photographs, Sony  had kindly lent me a Aplha7 for this trip. 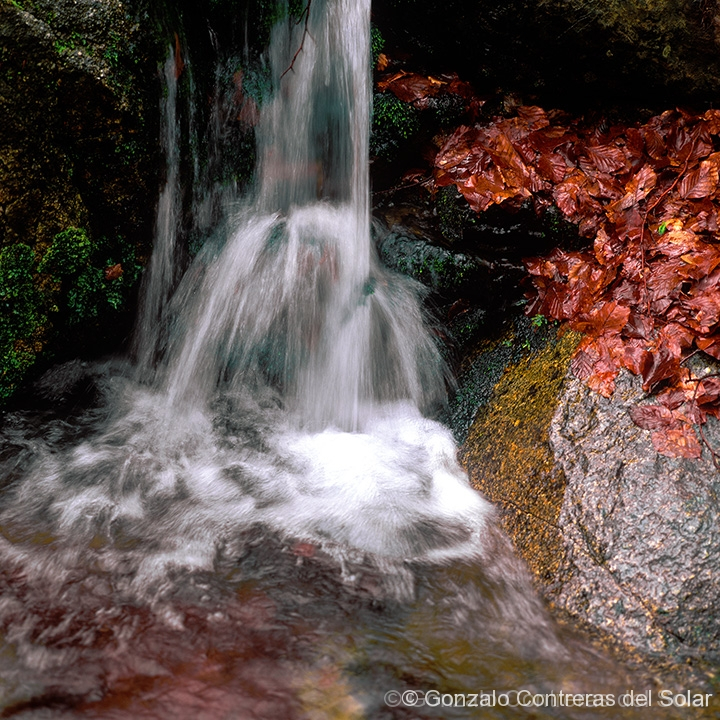 My Rollei 6006 camera was under repair in Germany, so took all the additional components. 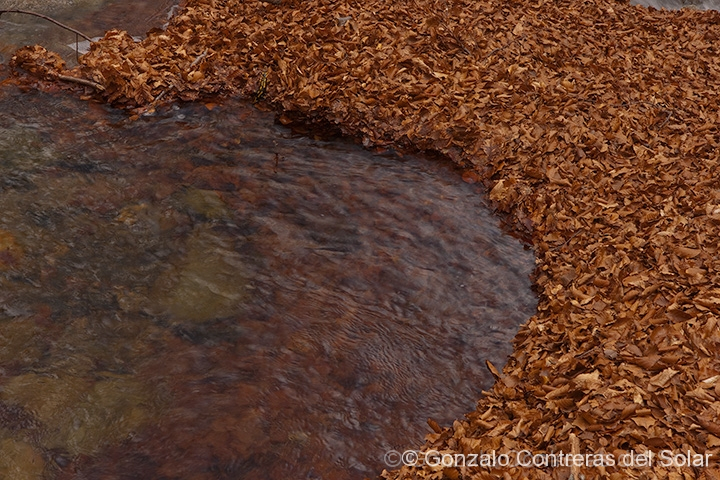 The repair process took many months, as had no way to send it to Chile. Fortunately as I was traveling to Spain, where I asked the factory to send the camera body. 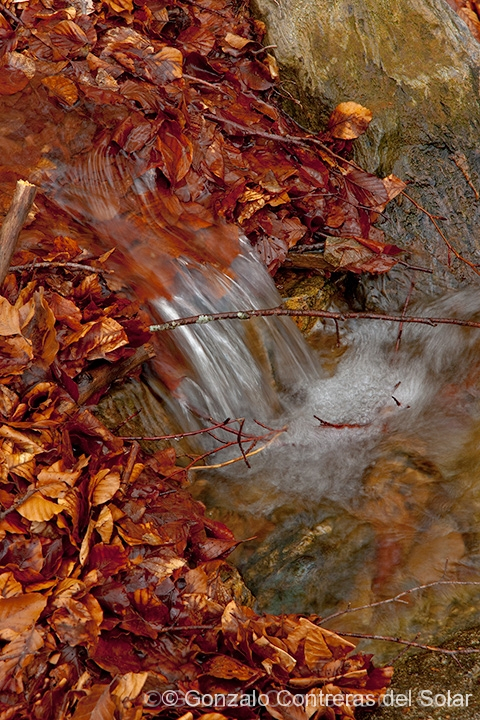 I used both, digital and film cameras, that took me a long time to capture the photographs. 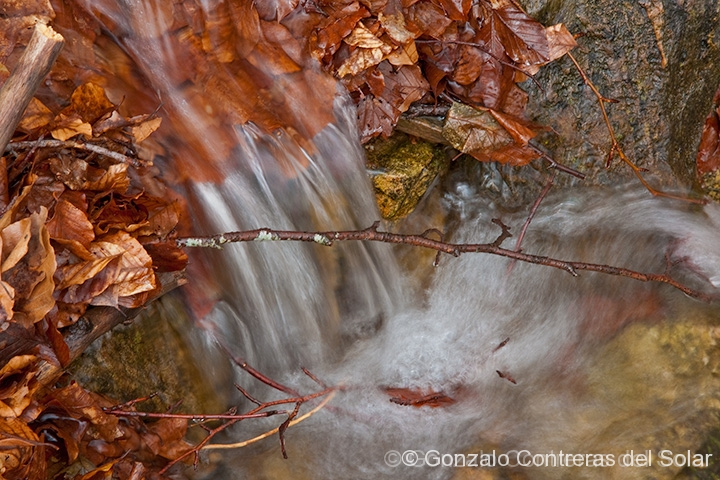 Therefore, my wife and a friend that came along had to patiently wait in the car to finish my photographic session.

Ice crystals on an early morning