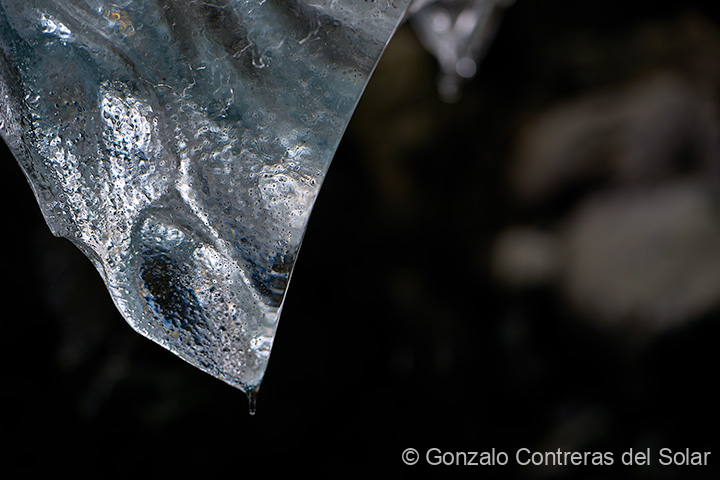 Ice from the distant past are images that I took during the photographic safari done in Iceland visiting caves that are under the glaciers.

Many years ago, think it was in 1983, a friend that did mountain hiking, mentioned that a glacier was shrinking. I was living at that time in Santiago, a very rainy season and surrounding mountains were covered with snow. This comment did not make sense, but in the coming years it would become evident. 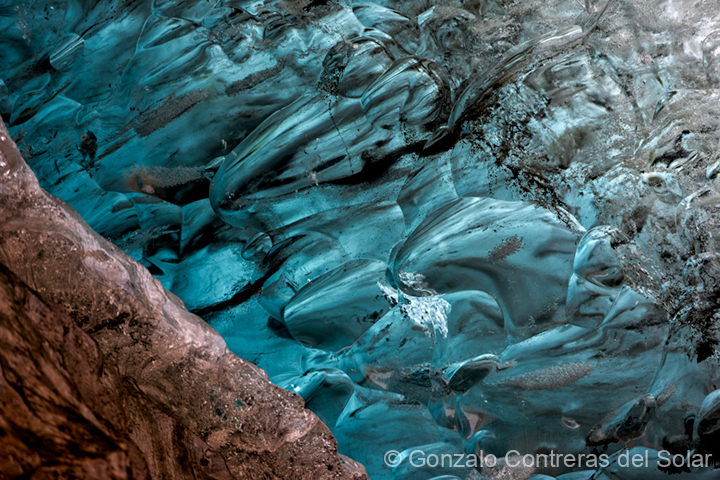 Glaciers are shrinking or vanishing like the glaciers in Bolivia. In a glacier close to La Paz I made an impressive image in 1989 of the ice cave called “Grutas de Zongo”. Today dusty rocks are the only remaining’s, and the ice from the distant past is gone. 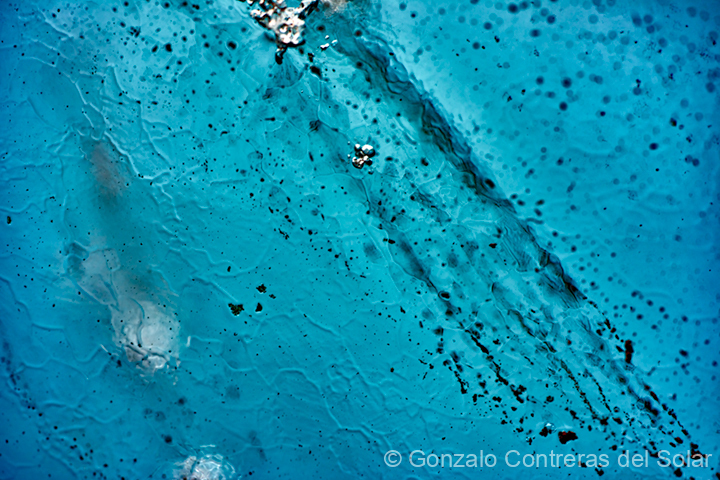 I wanted to take new images of ice caves and remembered seeing an article of caves in Iceland. Early in that morning I started checking on the Internet: the location of the caves and when to visit. 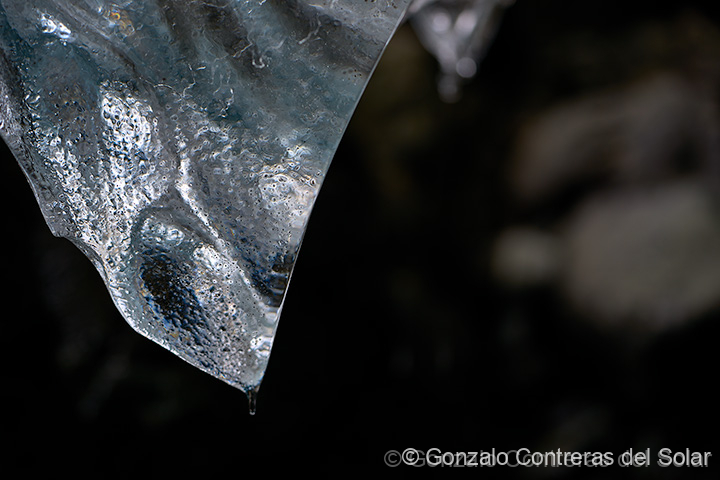 The review also included, if available millage would take my wife and I to Breiðamerkurjökull, as well as hotel millage. By end of the day I had air tickets, hotel booking, rental car and a guided tour to the caves. 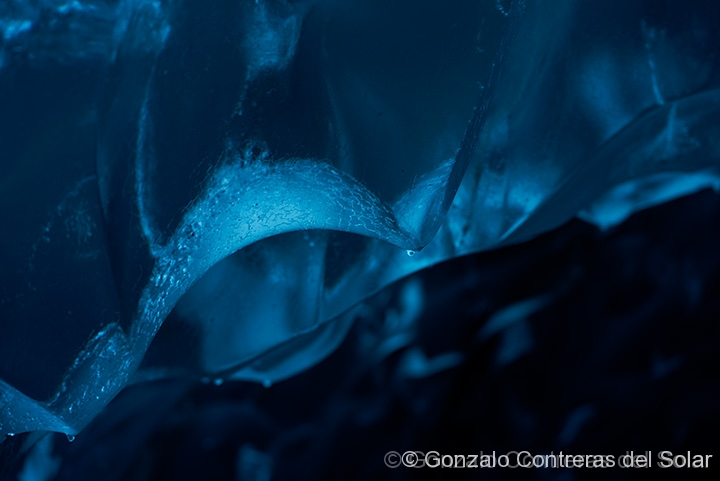 Nine months later I would be stepping into the airplane and a week later, walking with crampons in the cave. I took my faithful Rollei 6006 film camera as well as a Sony A7R. Made many images with both, until the Rollei due to the extreme cold, had a malfunction, destroying its mechanism forever. 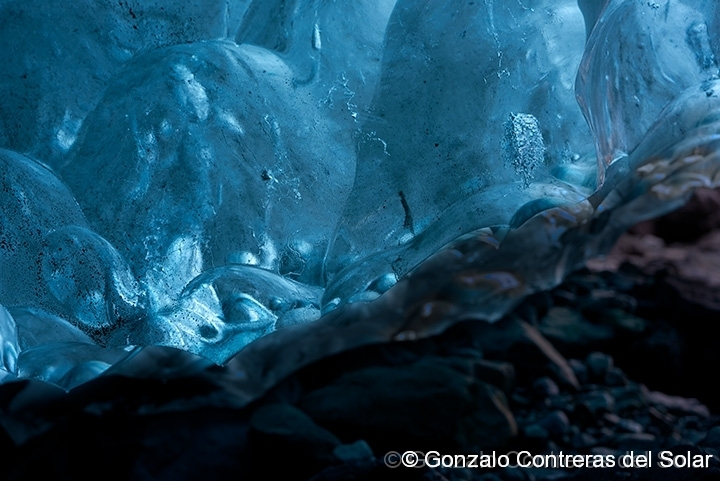 These are some of the images I took at the ice cave, showing ice from the distant past.