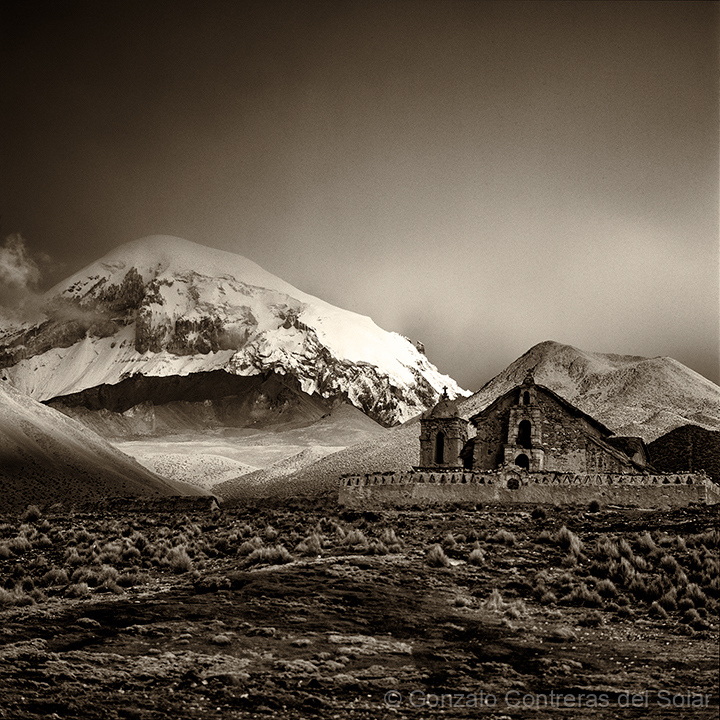 Story of images presented on post “The Sajama light”, now in Black & White.

We were on holiday in vacations in Bolivia, it was mid-January. As a family gathering, with my brother we decided to visit the Sajama National Park.

We went along with our small children in two cars. We all had to wait each other, as in both cars we had a photographer. Every few miles there was a sight of interest, and we would stop.

The initial idea was to arrive around mid-day, however with the many stops, we arrived late afternoon. 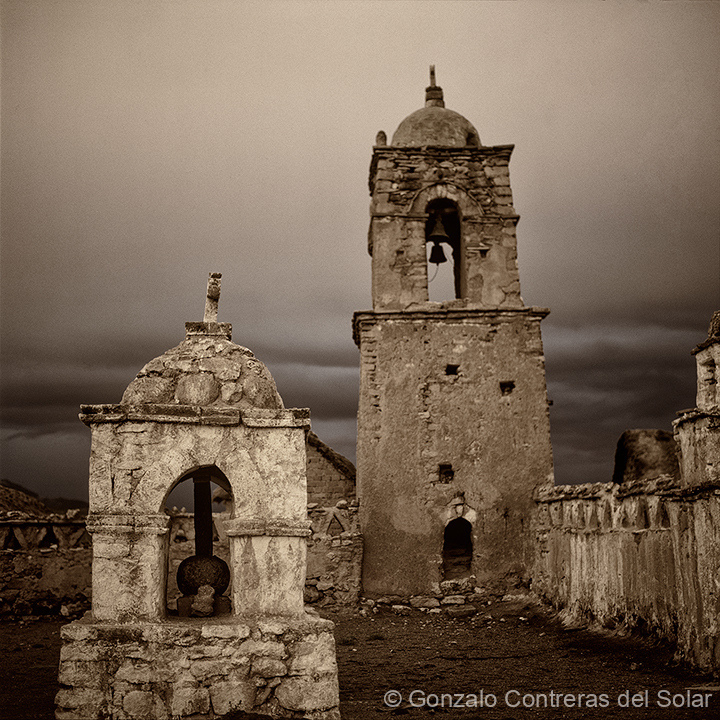 After paying the park entrance fee, we noticed it was cold to set up the tents, for the small children. We negotiate to place our sleeping bags on a conference room that belonged to the Park guards.
The following day it was cloudy and good light to do photography. Unfortunately, places with Water, like a close by stream or the hot springs near Chile border, were no good subjects.

For me as it was a flat shadowless day, although I took a few photographs. Returning from our tour to the hot spring,  by 7PM, the sun managed to trespass the clouds and painted the Sajama mountain, took a few images. I rushed down the hill with my tripod to be far away from the church so I capture it. I couldn’t go further as there was stream and found no bridge to cross it. As the light would soon go away, settled for this composition, it lasted a few minutes. 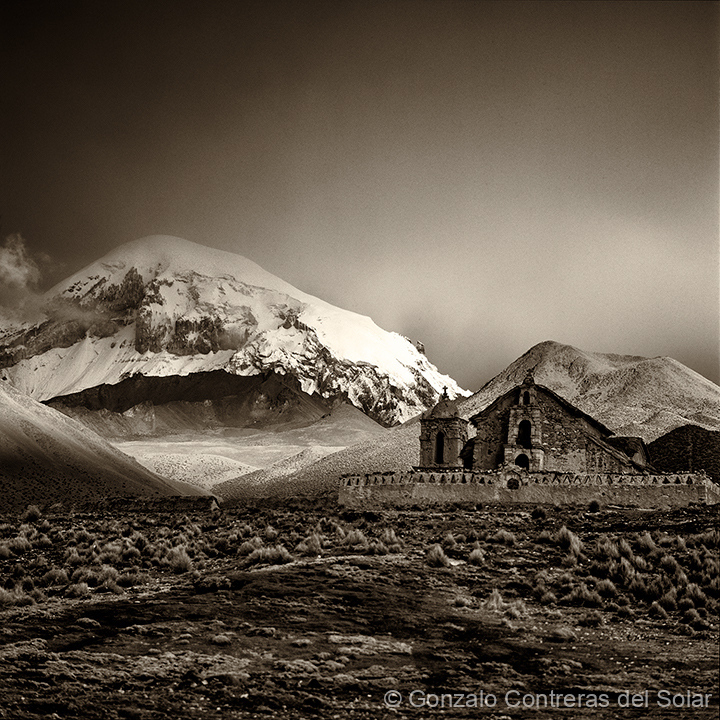 Walking back to the village, again the sun made a trick and painted the church. Clouds and sky were tainted with deep rich colors, light was impressive. 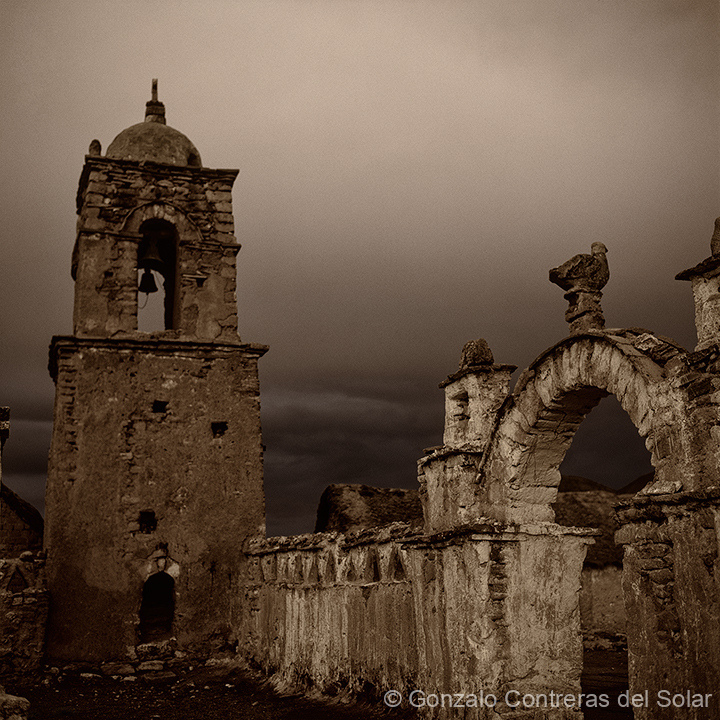 They all were captured by my retina as a latent image, until the film came back from the lab a few days later. The Sajama light colors you see at this post, are what I saw. This time I decided to make a Black & White Sajama version with a slight tint.