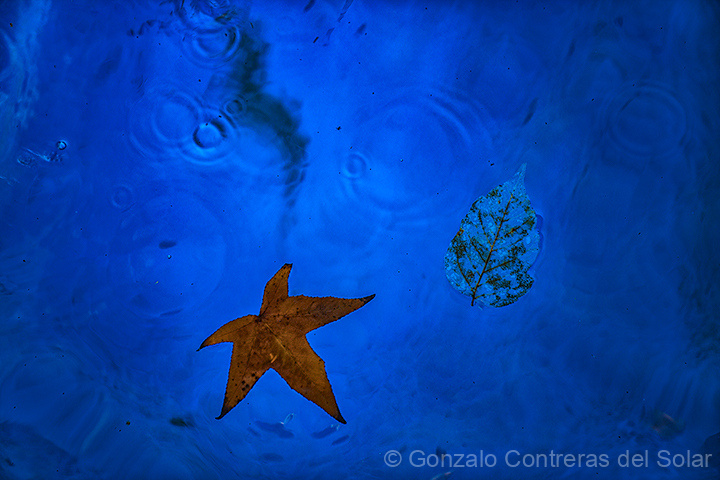 This images are of autumn leaves floating over a blue intense background. 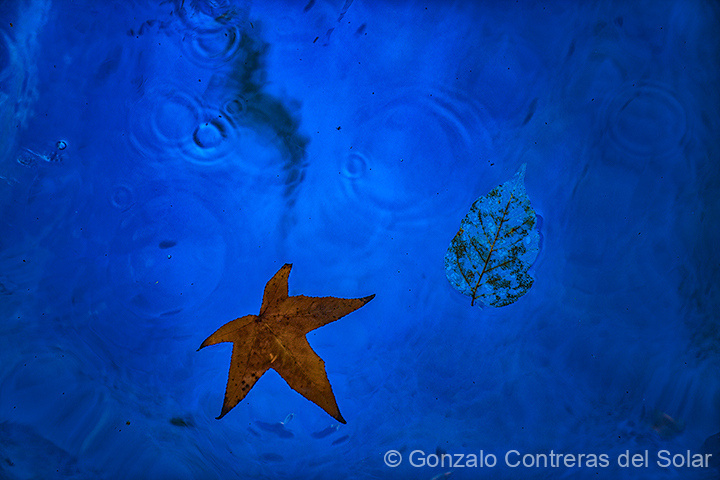 During end of autumn and beginning of winter 2018, while cleaning my pool I captured a selfie with the iPhone. I did not realize it was a selfie until a nephew mentioned it. For me it was a faded blue background with the red and brown floating leave, accompanied by a shadow. This shadow that helped on the composition, happened to be me, which I later call this image as a selfie. 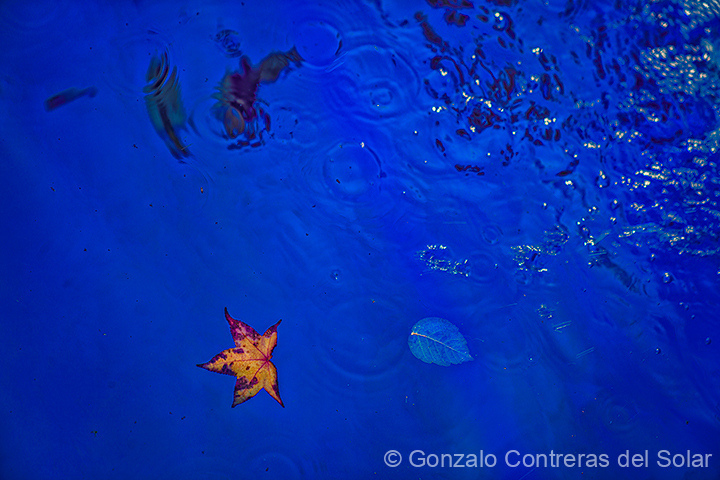 Every year at the end of summer, leaves start to cover the garden like a brown reddish carpet. This colorful carpet looks very nice, however with the morning dew, sticking to your shoes, bringing them inside the house. 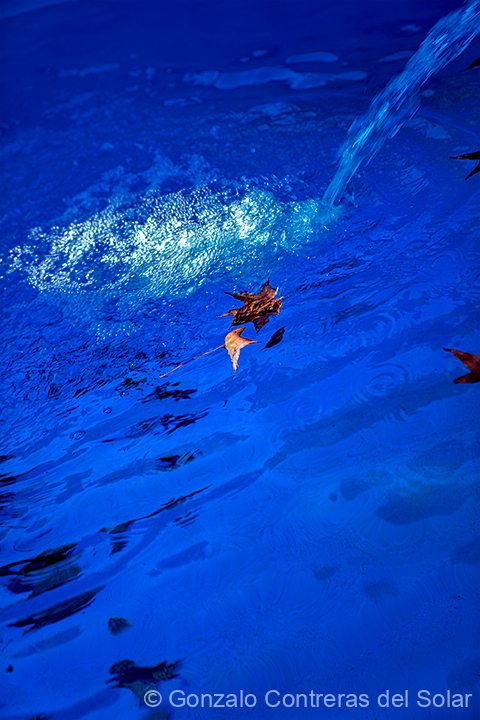 Depending on the zone of the garden you will have different shapes and colors of leaves. I had planned to do some close up image of these zones, but the gardener had already collected the leaves. 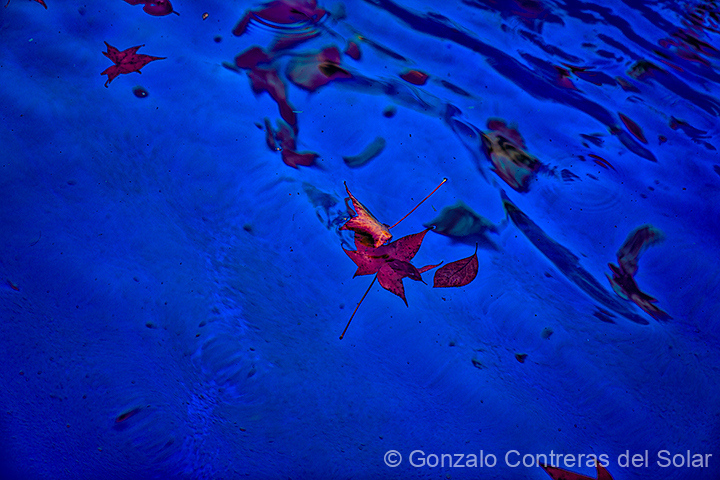 This week, still in autumn, saw many leaves at the bottom of the pool, and decided to photograph them. The idea was to do a different version of the selfie image. On this occasion I used a Sony A7R IV. 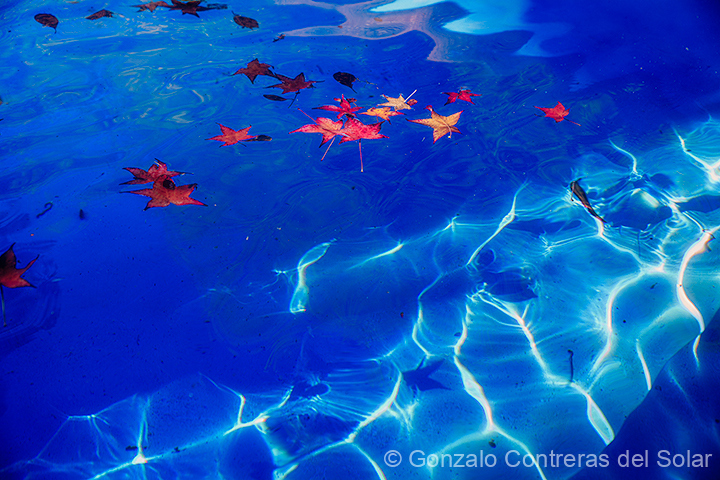 After a few shots, reviewing the images, the leaves looked washed brown and no aesthetic composition could be made. However when I moved a floating devise, that was interfering the area of view, many leaves appeared floating. The intense red and brown autumn colors contrasted over dark blue color of the pool.  After the digital development, I found that there was a lot of dust floating, which I decided to maintain.

I made many images, being these the ones I like most.