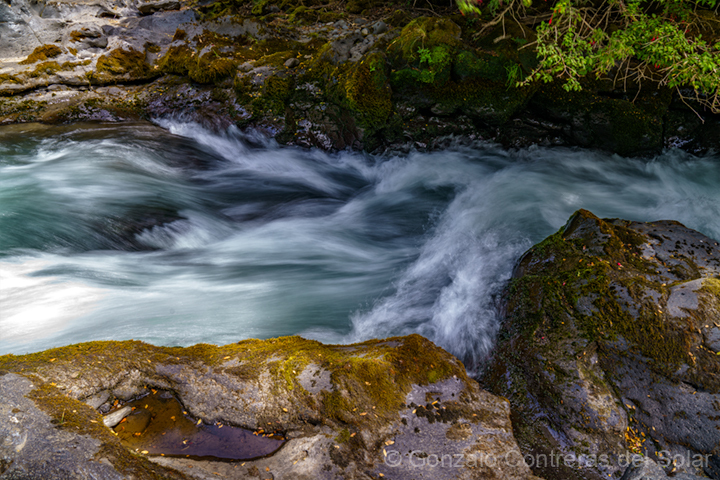 On our way to Termas Geométricas, on a curve I visualized images that would later name as rock polishing water.

We left the thermal park by 1PM, so I had to stop at the curve that saw earlier that day. My family was not happy, as there were many cars passing by lifting dust on the dirt road. I was not happy with the dust either, as it was being placed over my camera. 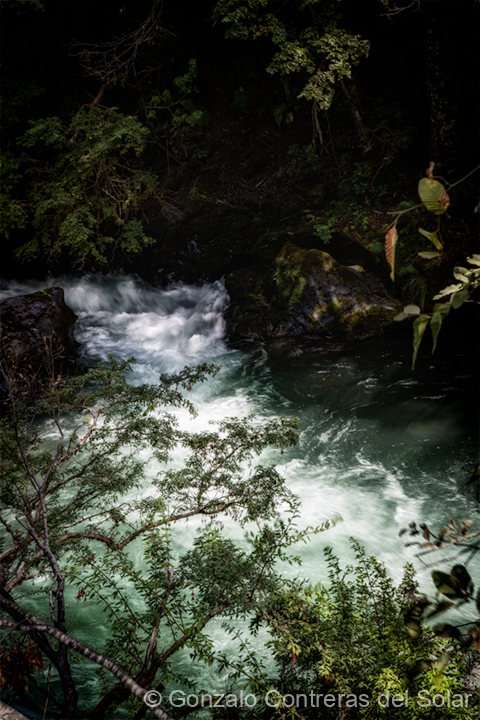 On the rush to take my glasses fell, I did not realize, and it was my wife who pointed it out. This was the third time lost them, one at the Conguillío, earlier that day at the thermal water which we had to fish them out. Luckily, I got them back, although I had a pair for contingencies. 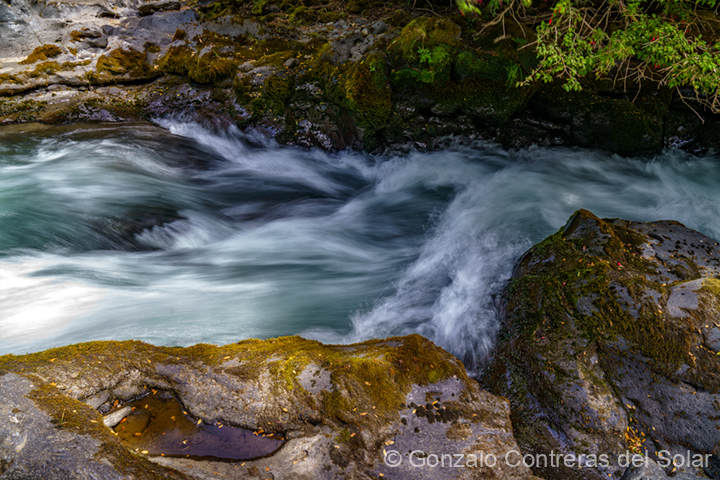 From the road I could see a rock blocking the river and making the water to curve. Had to jump a fence and carefully descend a steep slope to get to the river level. 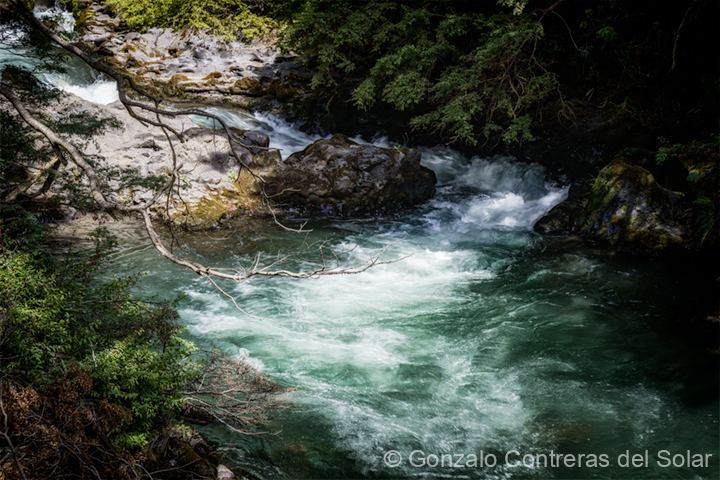 As I expected the water was polishing the rock enhancing its details and painting the seen. Made quite a few images, which took time, that my family did not appreciate very much.

Climbing back was not an easy task, as it had loose gravel that made me slide down a few times. The river is named Río El Venado (Deer river) close to Cajón Blanco location  (possible translation is White gorge).