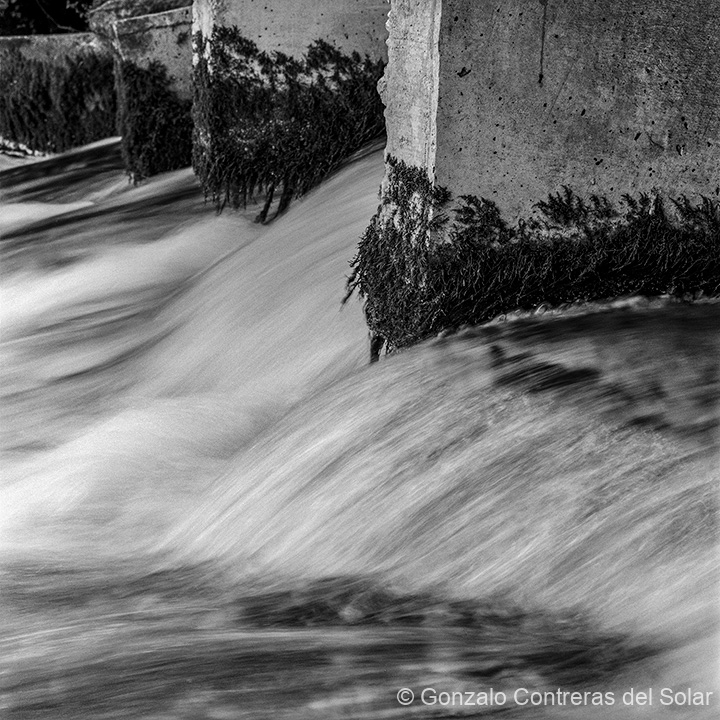 These are images of a fish farm outflow.

We were on holidays at Puerto Varas, near the Maullín river, which is the outfall of lake Llanquihue. Although it is a very calm river, it has a very strong current. If you want to go up stream on a kayak it des very difficult, so kayaking is mainly to go down stream. 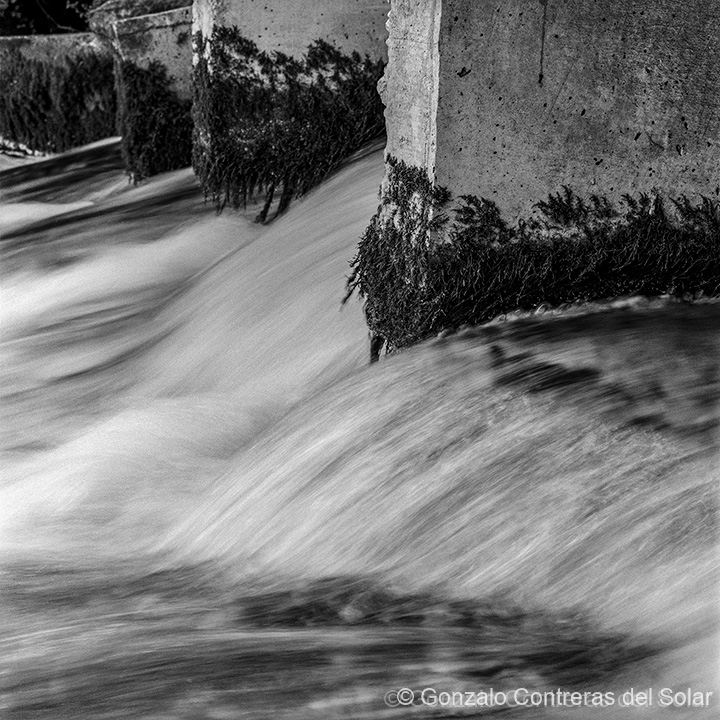 My sons learned you could go on a kayak from the lake towards Nueva Braunau, where we had rented a house and I would pick them.

While waiting, I looked around, but could not find anything interesting, until I saw the outflow of a fish farm. The farm, collects water from the river and replenishes its tanks with fresh water releasing it later at the point I wanted to photograph.

Had trouble to walk around the river edge getting to a low angle position where I could photograph the outflow.

Although these types of farms have better control of polluting the waters, versus fisheries on the lake,  you could still smell the strong fish odor of the water coming out of the fish farm. 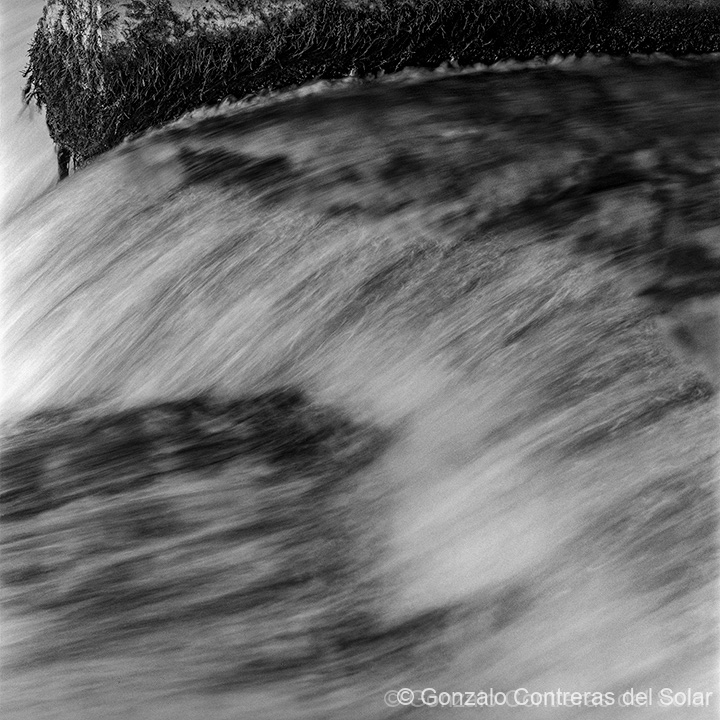 I only used Black and White film, as could not see any pleasing color composition, that could be shared.