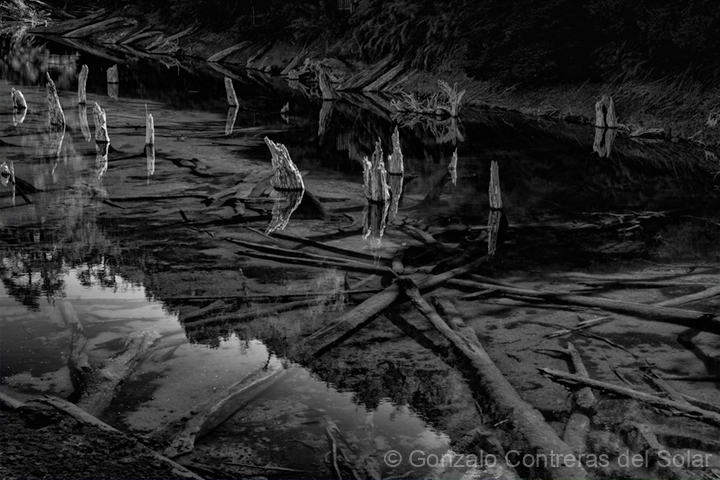 As mentioned last week, I would present images of different topics from my trip, starting with Laguna Arcoíris enhanced. 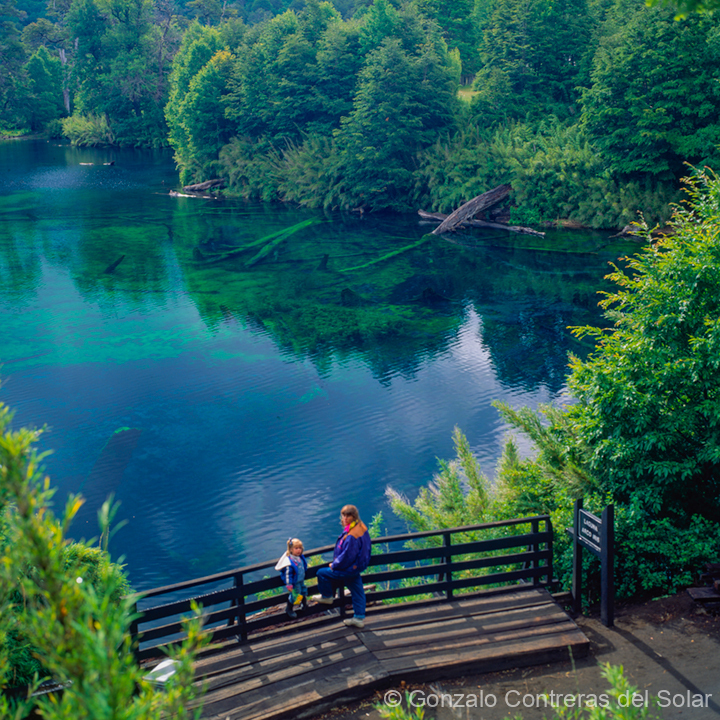 When I first came to the park, I was using a Nikon F3 with slide film. However, don’t recall photographing this small pond, which it would translate as Rainbow Lagoon, or possibly they weren’t good enough. It would be ten years later (1993) when I returned with my family and we stayed longer at the park. I took images of it, but none came out as expected, some out-focus. Don’t know how but managed to climb a hill to take images. This is one of the few I took at that time, it shows water at full height, due to a rainy summer. 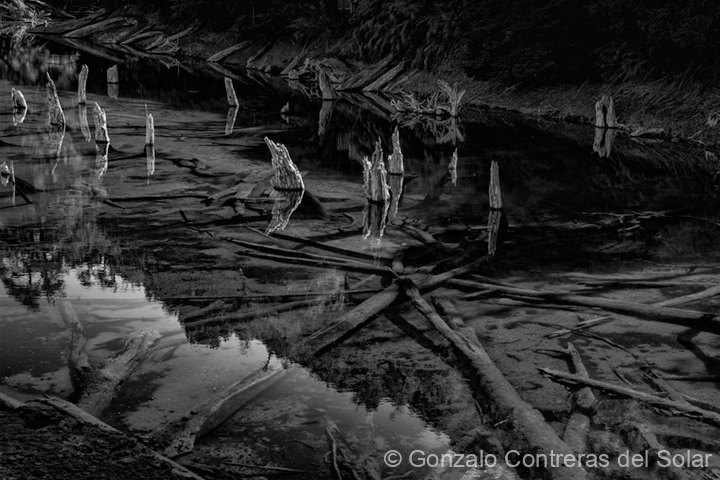 The history of the lagoon is that it was formed 320 year ago, with the eruption of the Llaima volcano. The lava blocked the crystal clear streams that flowed nearby, forming this pond. The water covered the burned trees which you still can see them under water. The name is due to the multiple autumn leaves color, that reflect in the water like a Rainbow. 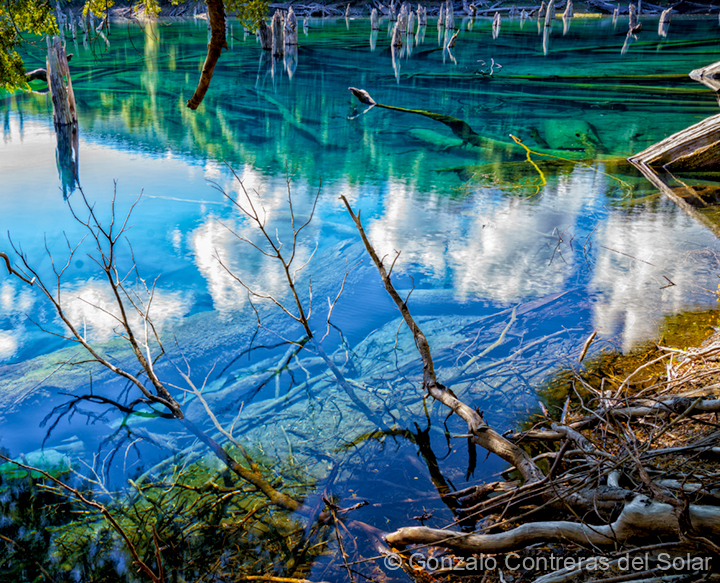 Returning last week. I found the pond much smaller, possibly the 2 eruptions could have reduced its size. I photographed at different times of the day. During the last day, walking along the road that is adjacent and about 4 meters higher, I found a good spot. It was from a tree growing towards the water. Unfortunately or luckily, my spectacles fell to the edge of the water. 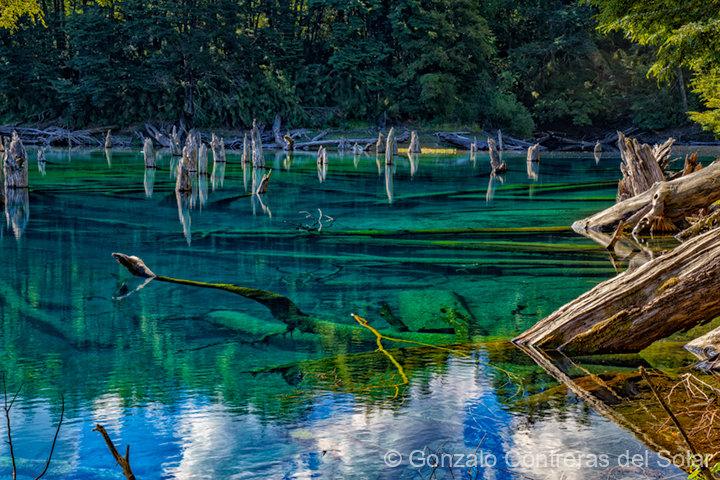 The height difference of 13 feet, with a slop almost vertical was almost impossible to get down without a rope. Finally made it, collecting my spectacles I discovered a perfect composition, so went back to gather my camera. Having lot of trouble walking my way up, a park ranger appeared telling me that I could not be there. However he passed me the camera and patiently waited for me to take the images, that I am sharing. 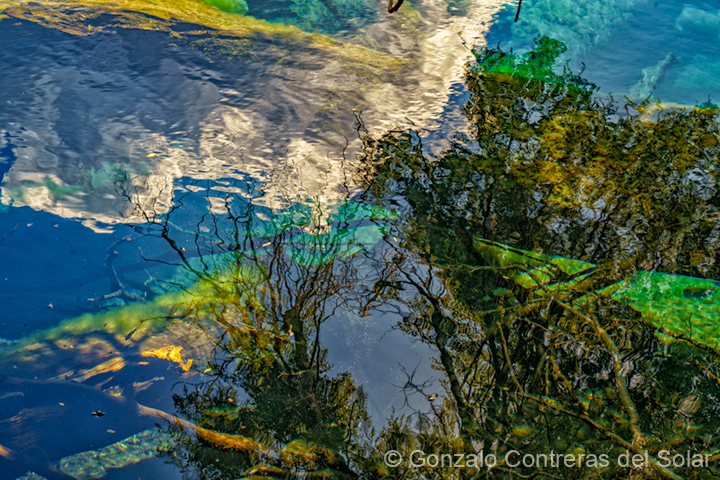 Plan to visit next May, when the fall color appears to take new images of Laguna Arcoíris better enhanced. Also, find the place where I climbed to take the arial view.