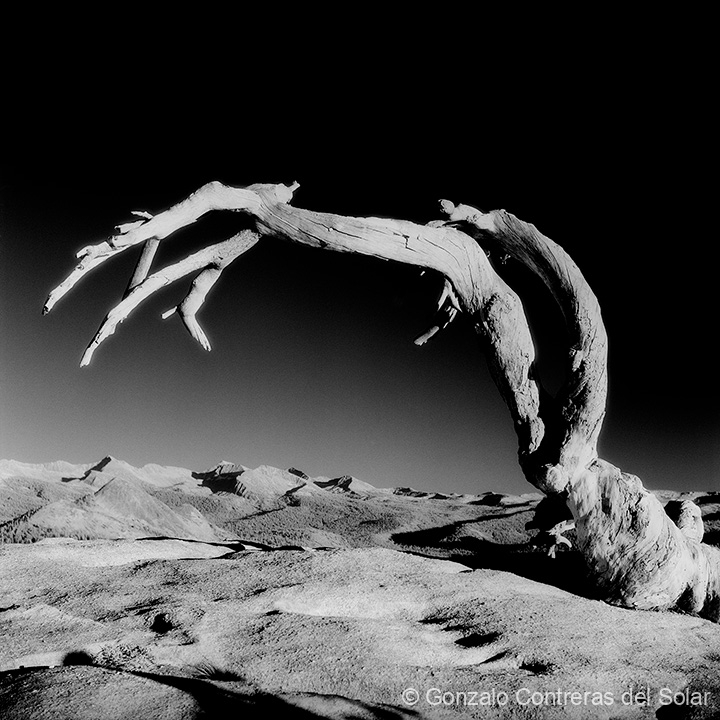 Although I was playing in the dark room since early age, with negatives and equipment I found in our basement, I only started taking photographs at the end of my school age.

This booklet was the base for me to start working seriously on photography, purchasing shortly after a Nikon F3.

A year later I learned about Ansel Adams work, I would buy his three main books. The Camera, The Negative and The Print. This led me to purchase a medium format camera and a color Jobo processor.

I must confess that at first, was more interested in seeing the mastery of his images rather than the technique. The Zone System he developed was hard for me to understand, I preferred just taking images. It was with the digital darkroom that I fully understood his technique, taking account while capturing or redeveloping old images.

Visiting Yosemite and trying to follow his steps, I found what was left of the Jeffrey Pine image that Ansel had made. I published a post some time ago: Yosemite Landmark seen different, but I am sharing today the main image. 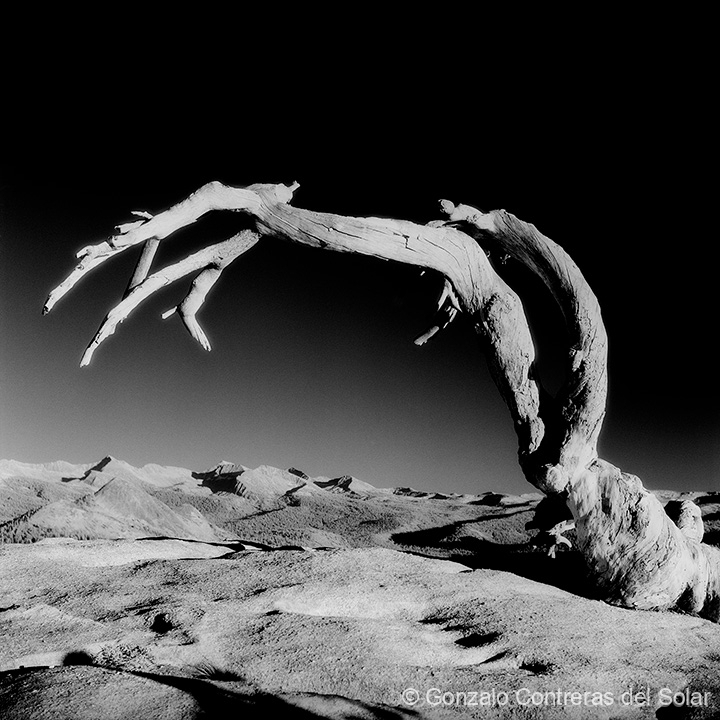 It was taken with infrared film, giving a partial glow and the very dark sky. Ansel, I am remembering you on a day like today.