This is the second stop I made at Parque Nacional Conguillío revisiting the Velo de la Novia waterfall. 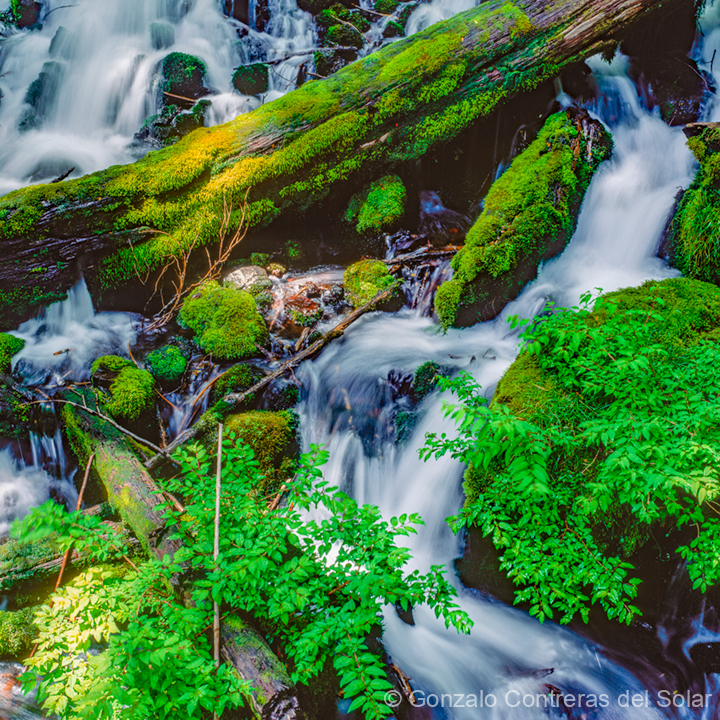 Preparing the trip to Conguillío park, I remembered I had taken photographs of a small waterfall during my 1993 visit. Didn’t have the exact location, using Gaia GPS, found its location and discovered other waterfalls and sources of water. Its name is Velo de la Novia, translated to English as Bridal Veil. 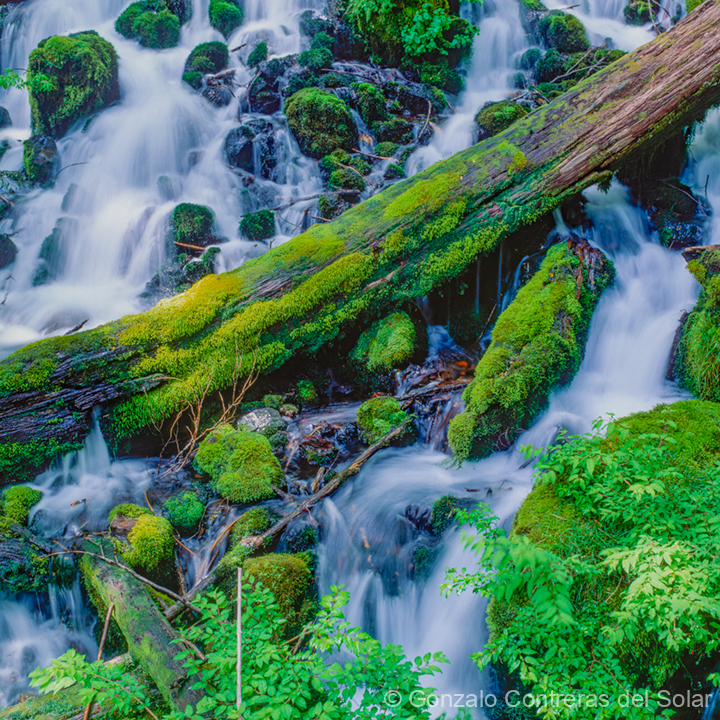 Returned the following day hopping to have a cloudy day, however had clear sky with harsh light. 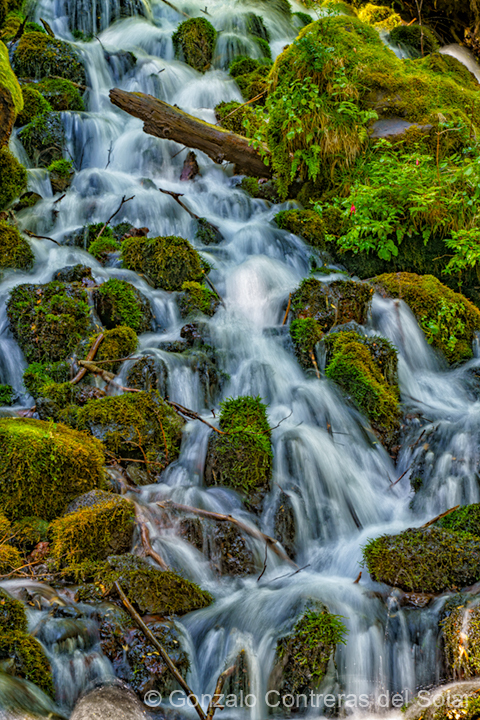 The fallen tree that I had photographed 1993 disappeared and a new tree trunk was laying at the bottom. The first 2 images are from this first visit using medium format camera with Velvia reversal film.

It was windy, so some of the leaves appear blurred, as I need slower speed to register the water. 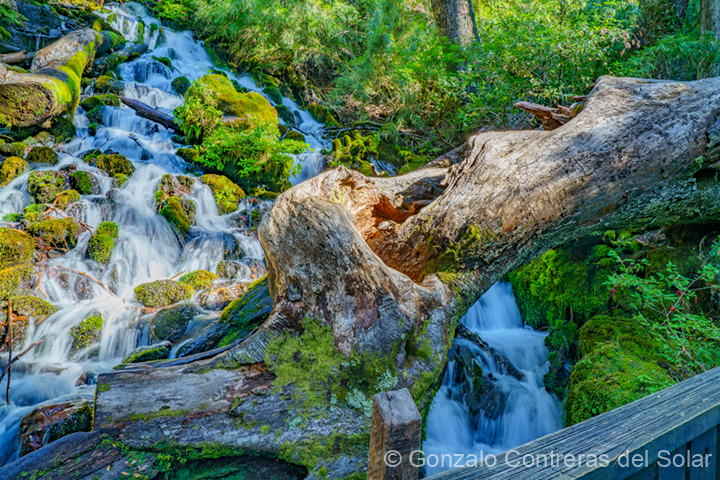 T he theory of photograph composition is to drive your eyes into a point of the image. This last photograph takes you out, but it is how I like revisiting Velo de la Novia. 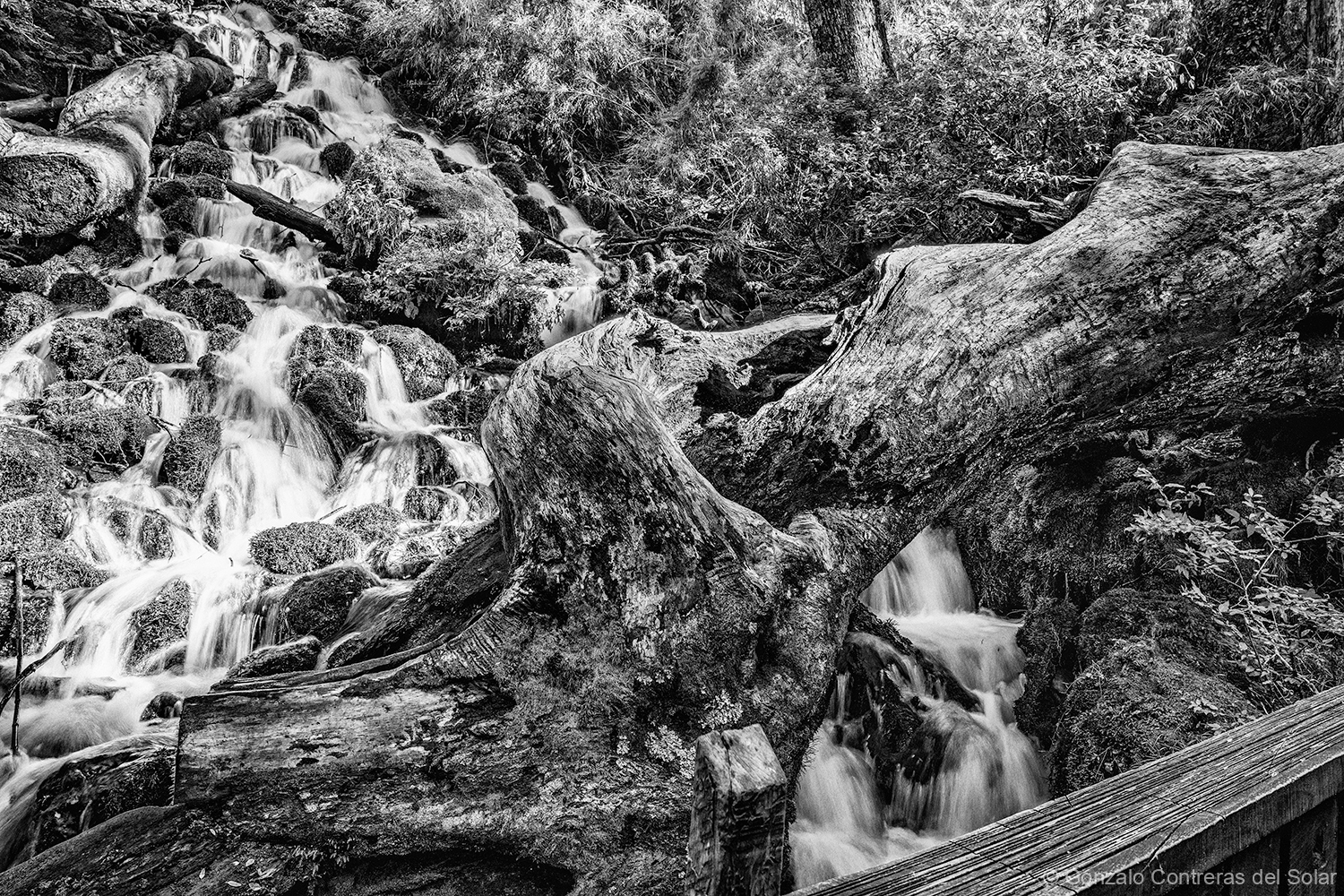