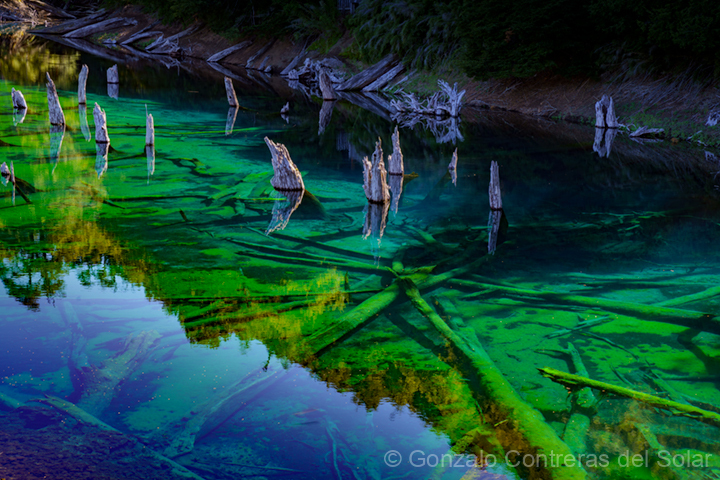 Finally after a year being grounded, I was able to travel and do photography, I am starting with Conguillío Revisited.

Parque Nacional Conguillío is based on the South Central Andes, the park is known as the Umbrella park. The Araucaria Araucana tree has the shape of an umbrella, giving the nick name to the park. A very large portion of the park is covered with volcano ash from the Llaima volcano.

Our first time to the park was about 40 years ago, where I made just a few images. Went back again 10 years later with a Medium format film camera and would not return until now. Since my last visit Llaima volcano had 2 eruptions, changing some parts of the scenery and resizing lake Conguillío. The volcano ash and terrain would be perfect for a movie of astronauts walking on the moon.

Although I wanted to have cloudy days for the photography, I had deep blue sky and warm weather. The blue sky tainted some of my images that I had to adjust with color corrections.

The revisited images are a random selection from the many topics I photographed during the vacation at Parque Nacional Conguillío.  I will be publishing them on following blogs posts as well as Instagram.