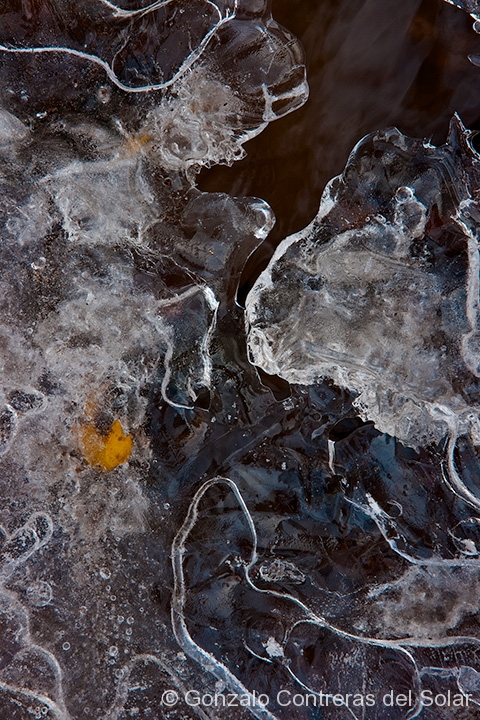 All these images are from La Parva ice road taken with digital and film cameras.

On this opportunity I was still using the Alpha 700 camera that Sony had lent me. 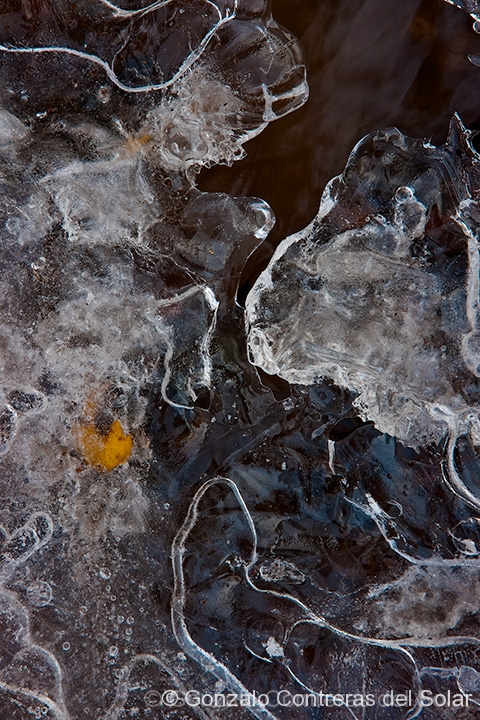 I wanted to test the camera, as I would soon be traveling to Santa Cruz and visit Espejillos and later Barcelona. I shares images of both trips in earlier posts. 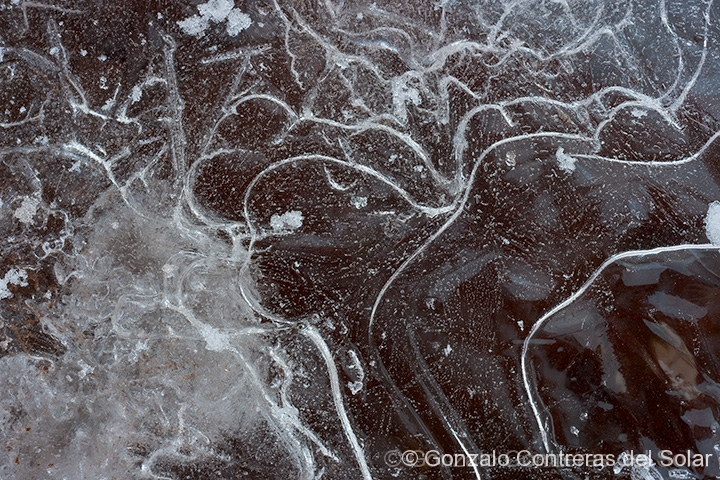 It was winter again, however we had very little rain, which is snow in the high zones close to Santiago. After a raining day the white blanket in the mountain was starting to melt. 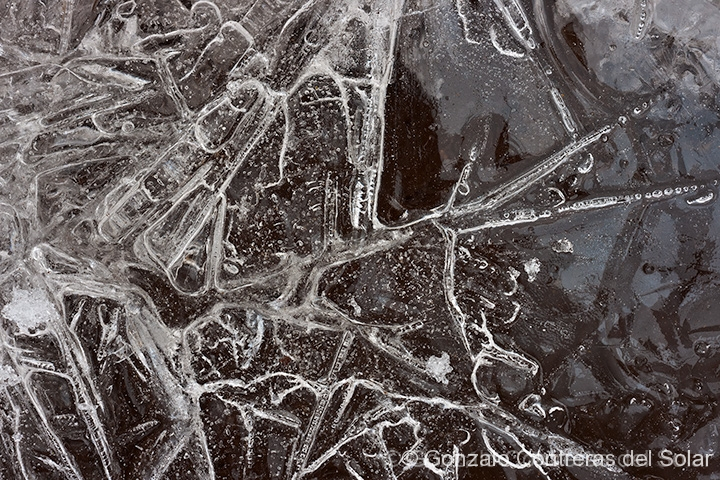 I went back to La Parva, to my favorite place where a few years ago I had made some ice images. 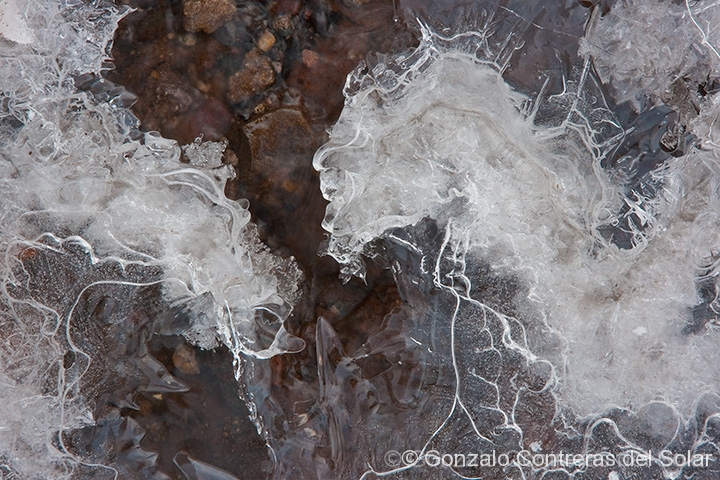 It is a small river is located close to the ski center. However, at arrival, found there was little snow and ice, as I had expected, had almost nil. Totally disappointed, looked for alternatives to photograph, but could not find any. 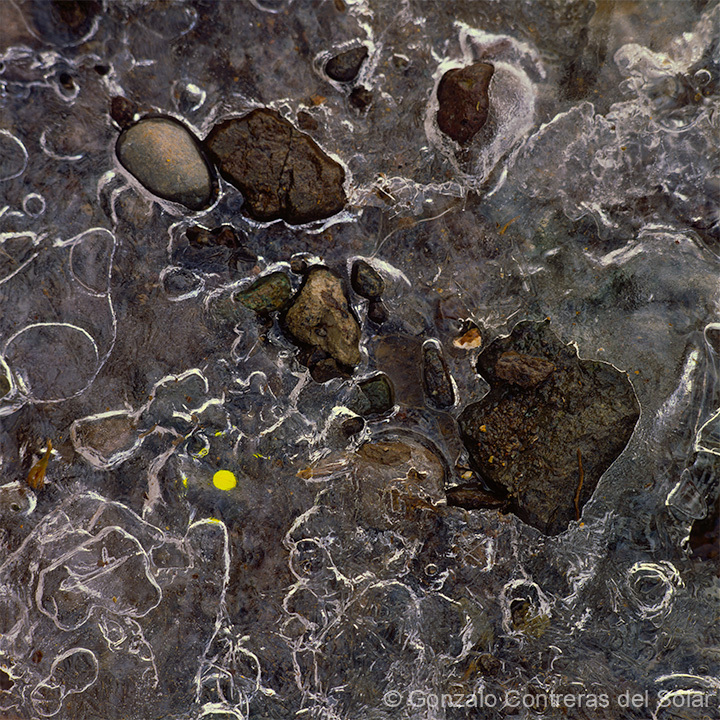 Returning to the car, I found the frozen water making different interesting figures that I am sharing with you. It was running water on the road that had frozen during the night. 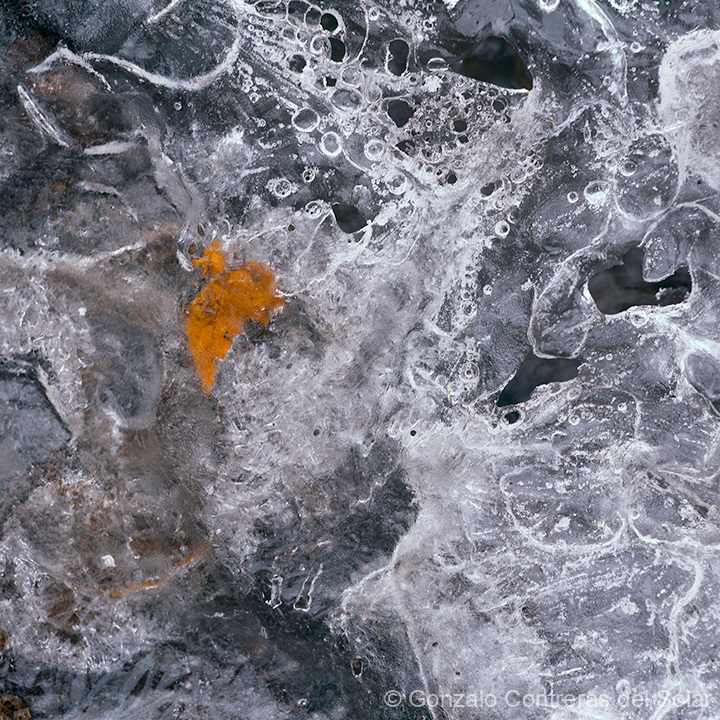 The thin layer of ice, with running water below made these special designs of the ice road at La Parva. 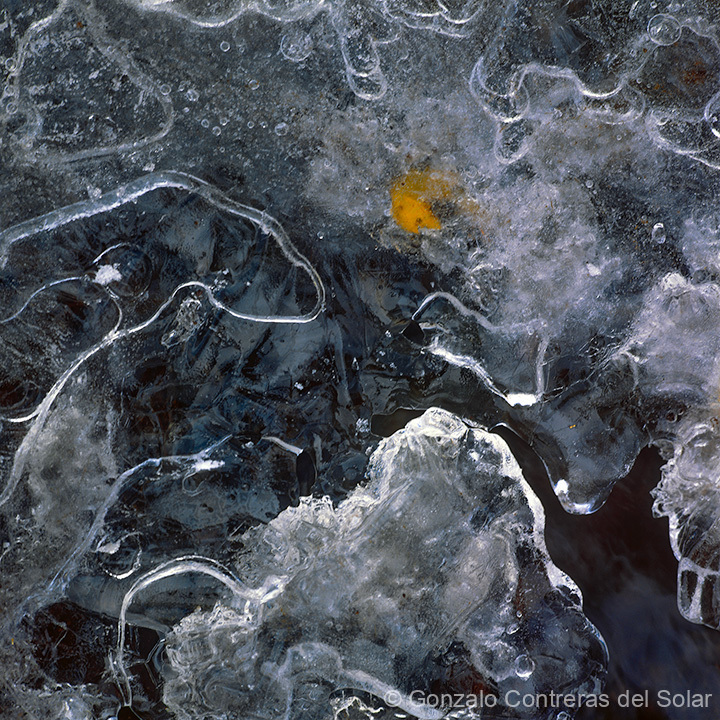