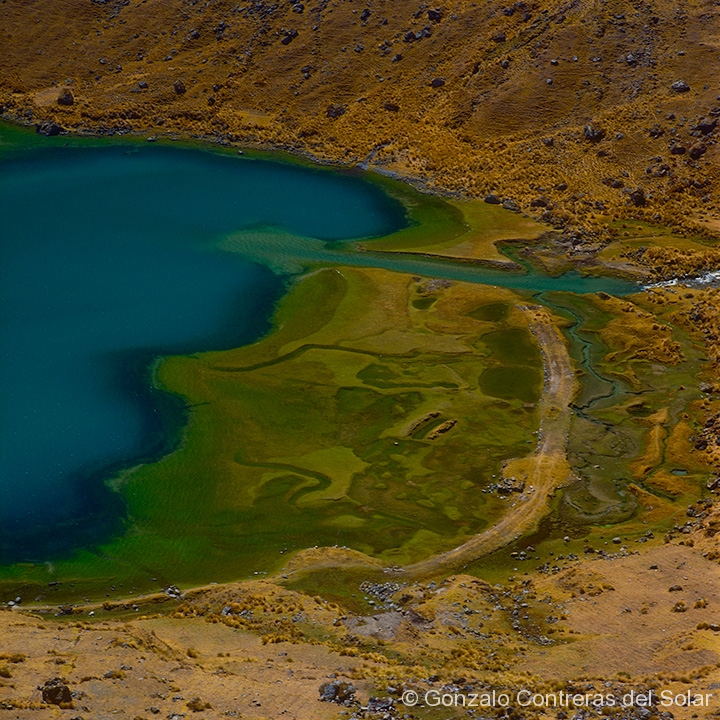 The Zongo Valley is where most of the electricity for La Paz city was generated. A series of water power stations in a cascade mode, going from 4730 mts. to 1290 mts. 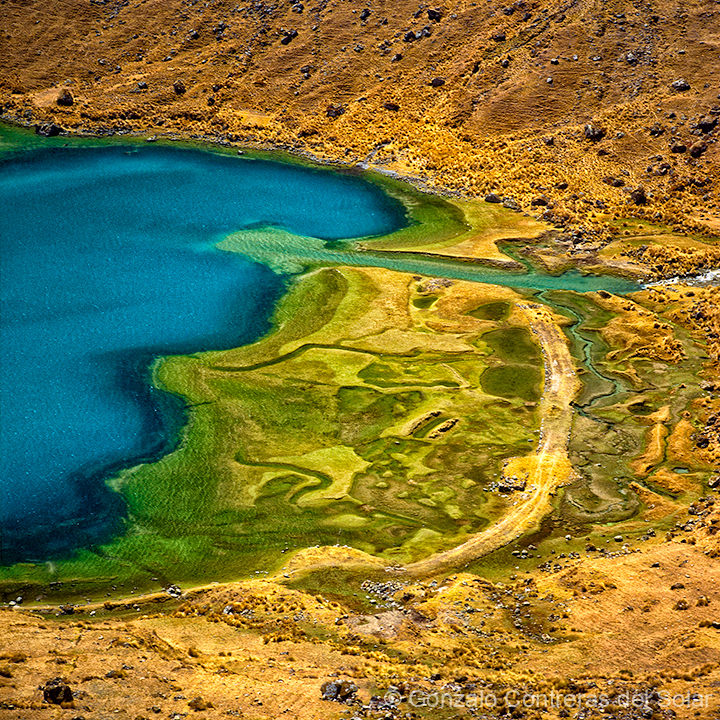 Close to the upper first station found this lake; it absorbed the intense sky blue color at this high altitude.

This area was surrounded by glaciers what have now disappeared due to Global Warming. This image as well as the ones I made of the glacier caves are the last recordings of them. So I thought, the glaciers are gone, however for many years I had misplaced in Google Maps, thinking that it had dried up. Fortunately it was a few kilometers down the road of the Zongo Valley.

Cloud fireworks is back