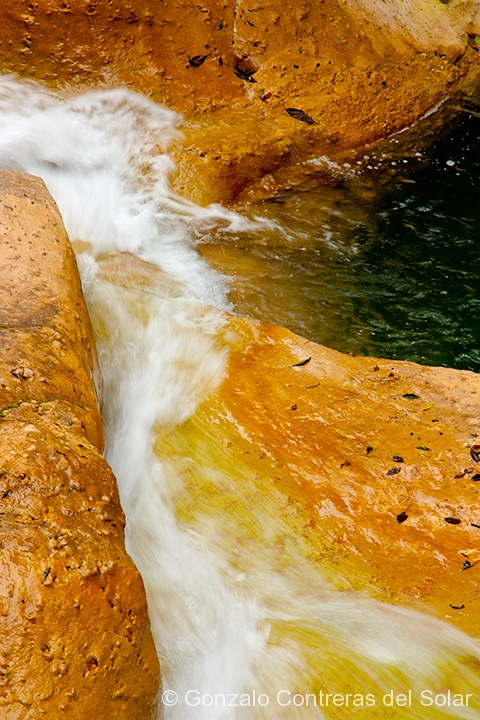 These are images of the Espejillos waterfalls in Bolivia, which are in the zone of the Amobró National Park. 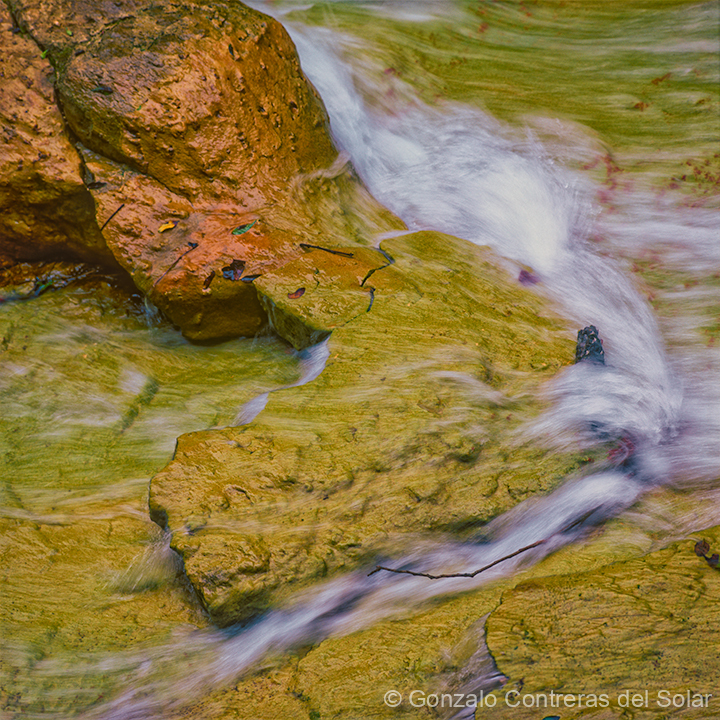 Since young I had heard my father talking about a place in Santa Cruz called Espejillos. 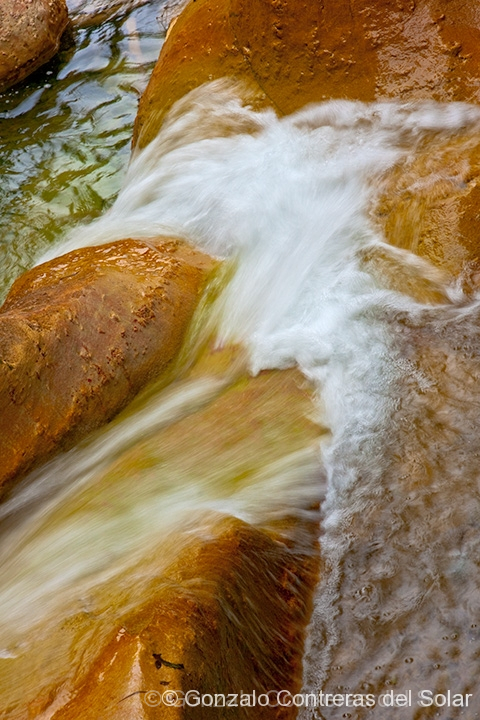 It was hard to get as it had almost no road, just clay pathway, very slippery even for 4WD. 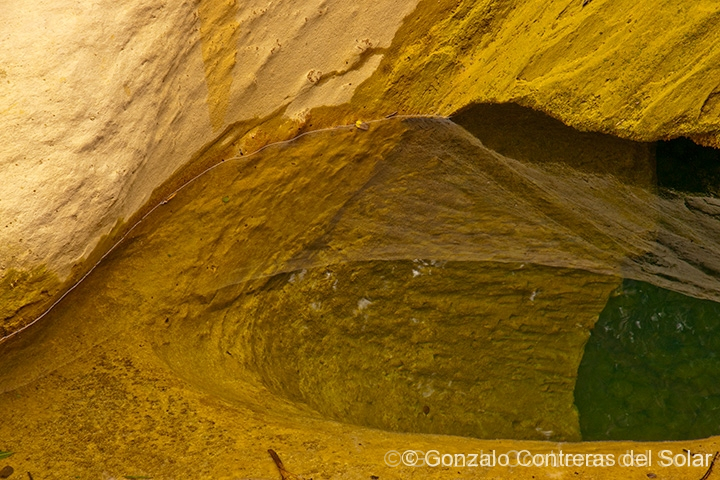 On a visit to Bolivia, after forty years of my father’s comment, the pathway was still in the same condition. 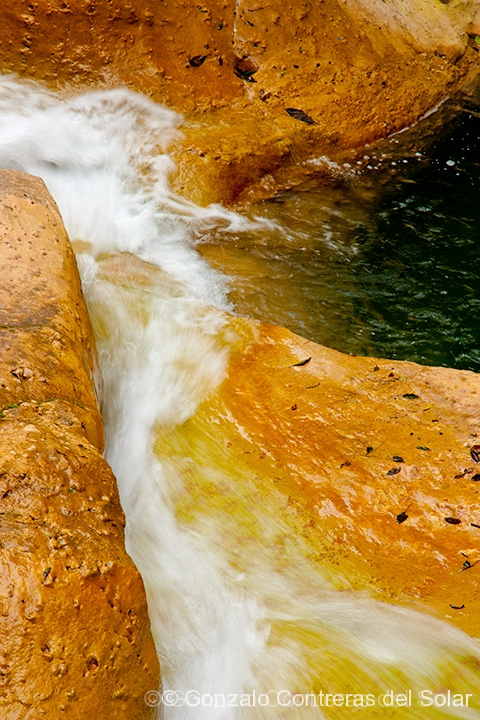 My brother had a 4WD and we decided to go to this intriguing place. The first barrier was the river Piraí, as the road had no bridge. 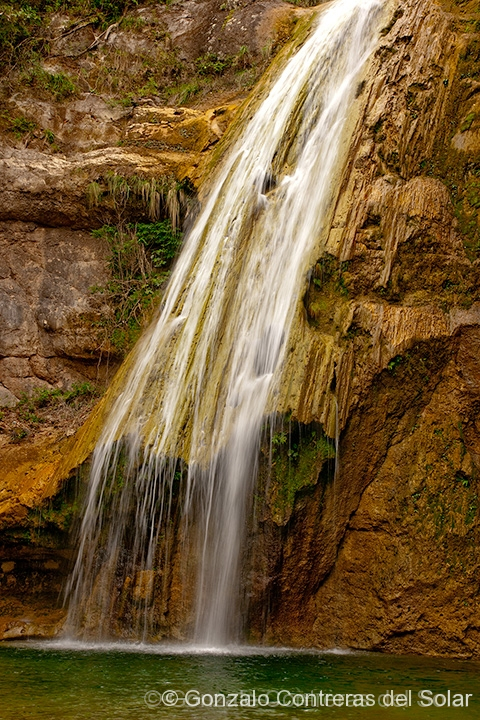 Later we found other obstacles that we had to push the jeep, leaving all full of mud. We finally made it. Upon arrival, we discovered a beautiful gorge where crystal clear water carved the orange rock and clay sediments. 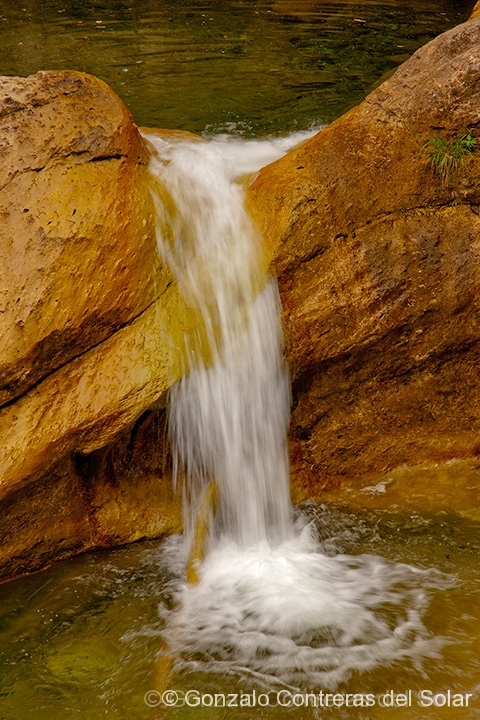 Sony had lent me their latest Alpha 700 model and decided to test this camera before investing in a new digital camera. 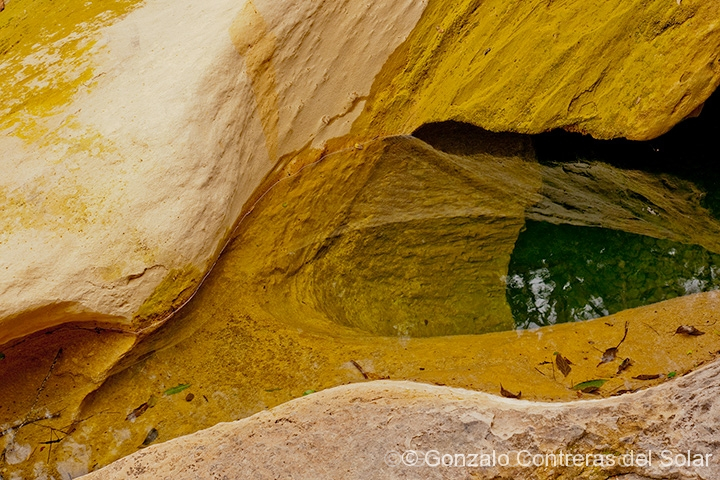 I was also taking my Rollei 6006 film camera.

Made many images of the Espejillos waterfalls with both cameras, which I printed in large size for an exhibit I made in Santiago. I used a metallic paper which enhanced the colors.