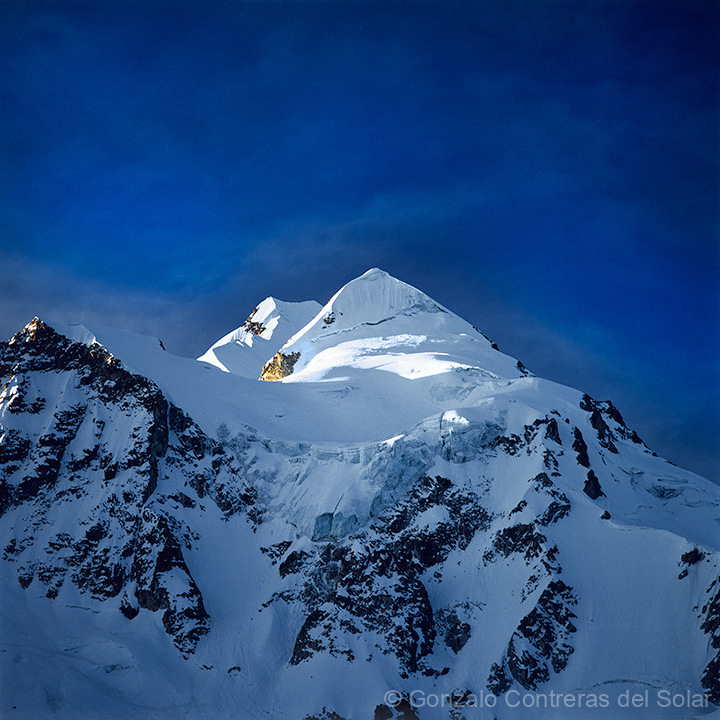 These series are oldies and taken with a long Rollei 350 telephoto.

Late 1985 on my new car with my friend Felipe, who is also a photographer, went to Huayna Potosí mountain. It’s is located near La Paz, Bolivia and drove up to a vantage point. We both had Rollei cameras, I tested a large 350mm and very heavy telephoto lens that Felipe took. 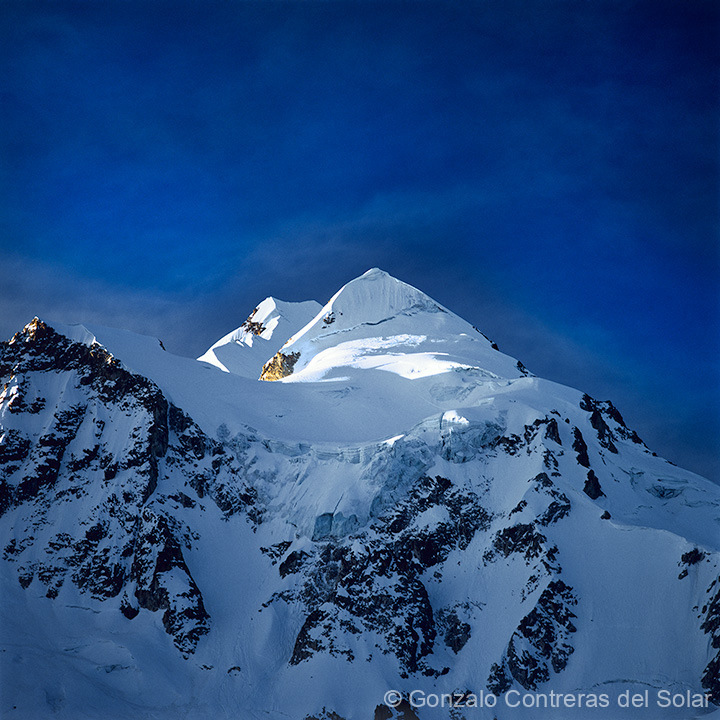 The mountain was painted by the late afternoon sun was rapidly changing colors. I did not take a tripod, the wind was strong at this late afternoon, just lay on the ground. A rock was the support the heavy lens and had, hold my breath when taking this picture. After scanning found that the Chromatic Aberration was very strong, guess because of the lens construction. In addition the high altitude clean air, that it enhances colors, as well as the aberration defect. Fortunately, Photoshop has a tool that helps almost correct it.  I would eventually purchase this telephoto from him.

We were visiting Torres del Paine National Park; during our hike over the Grey glacier on a sunny and clear day, after having a lunch snack, the “Bariloche” mountain caught my attention. Installed the tripod and a support that holds the long telephoto fixed to one of the tripod legs, avoiding vibration. There was no wind and the image came out crisp for the lens technology that was available in the past century. 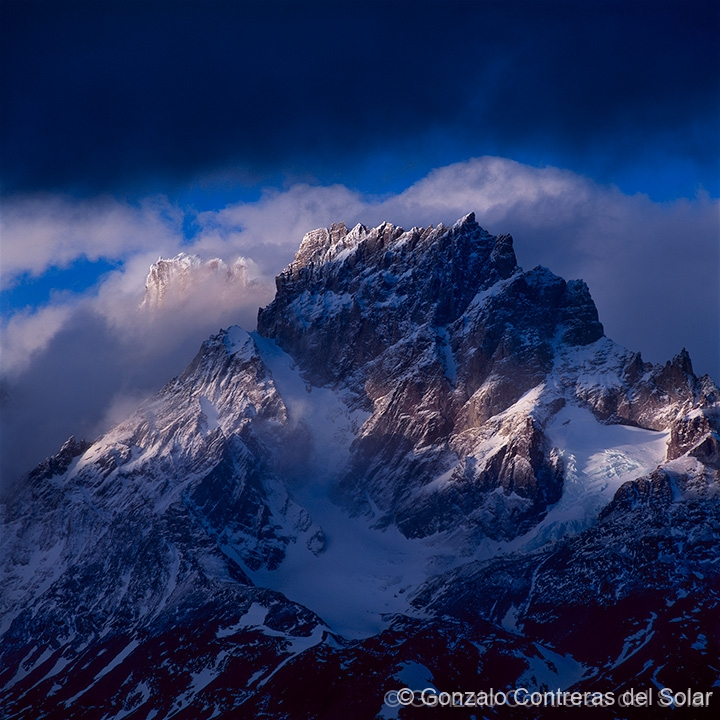 Four days later we were having dinner at “Lago Grey” hotel which is about 20 kilometers away from the glacier. We found a table that had a view of the lake and the majestic mountains. The light painted the Gran Paine mountain, so I rushed to get my camera. It was windy and had to put the additional support besides the tripod so the lens would not vibrate. Took a series of images, this one conveys the feeling we had.