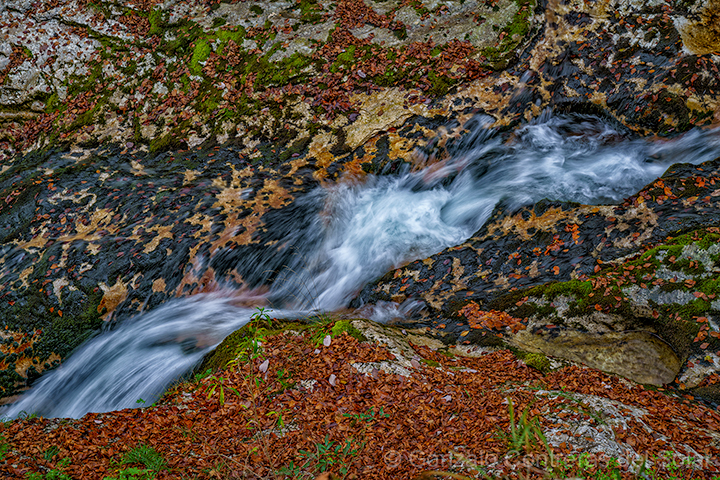 María the chef during the lunch, she stayed and chat about Ceconi castle, and about waterfall called Cascate dell’Arzino located a few miles up the valley. She mentioned that we needed to pass San Francesco town.

However, the understanding of distance deferred to my mind set. It took longer to get to the town. 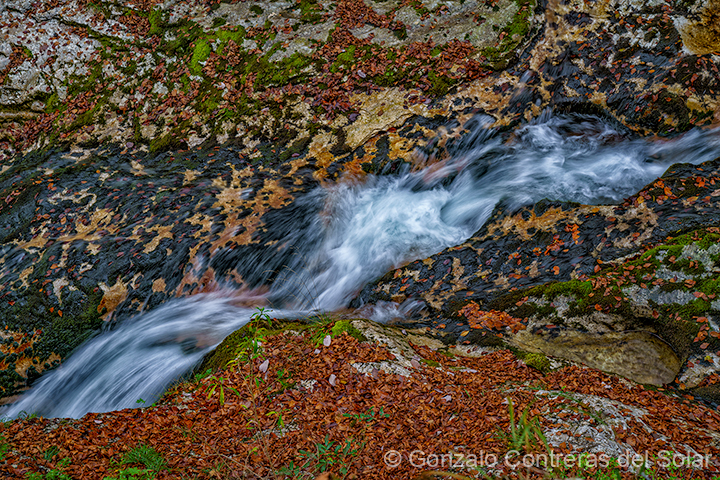 Exiting the town I asked about directions to the waterfall, and the same, instructions were just a few kilometers. 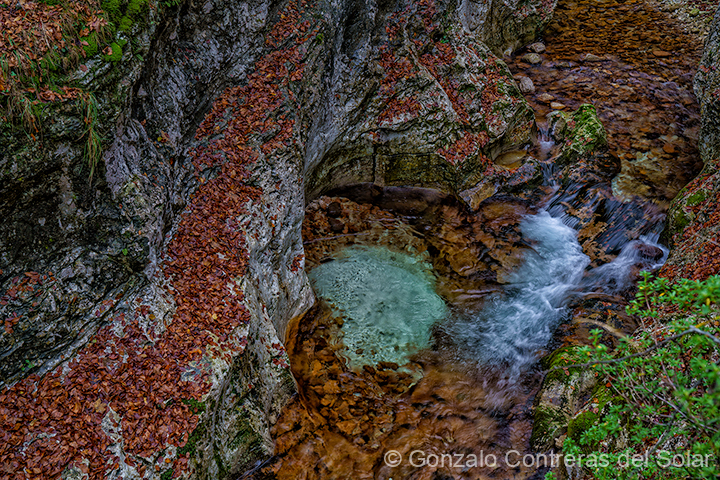 After driving for longer than just a few kilometers, when we were going to give up and turn around, on a curve there was a sign with Cascate dell’Arzino, it pointed to a small road. We followed this narrow road, for quite some time, wondering what would happen if we encountered a car, fortunately none appeared, although from time to time, you could find a wider space.

Finally, we found a small parking area, where a small sign with a map towards the waterfall, but the distance was in kilometers, about 5. My wife was not willing to trek that distance, fortunately we found a couple walking up the trail, who indicated it was about 10 minute’s walk. 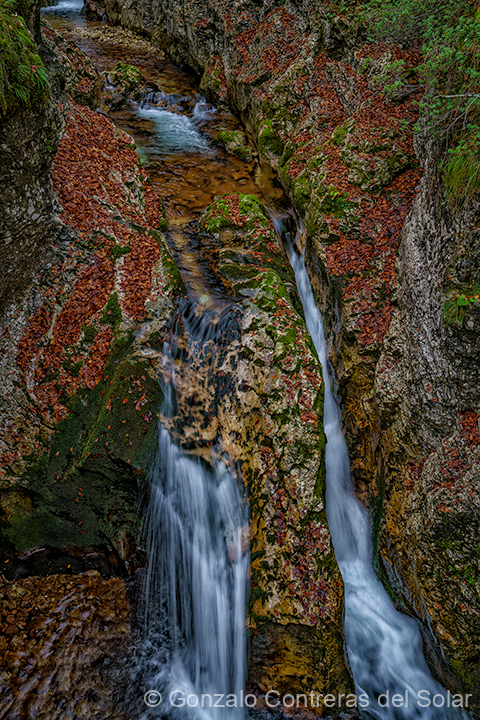 As we were getting closer, you could hear the noise of the water stream. It was with clear water and colorful rocks. As it was cloudy, I had a perfect light with no shadows. I was not the only photographer, as many tourists stopped by taking images from different locations of the many falls it has. 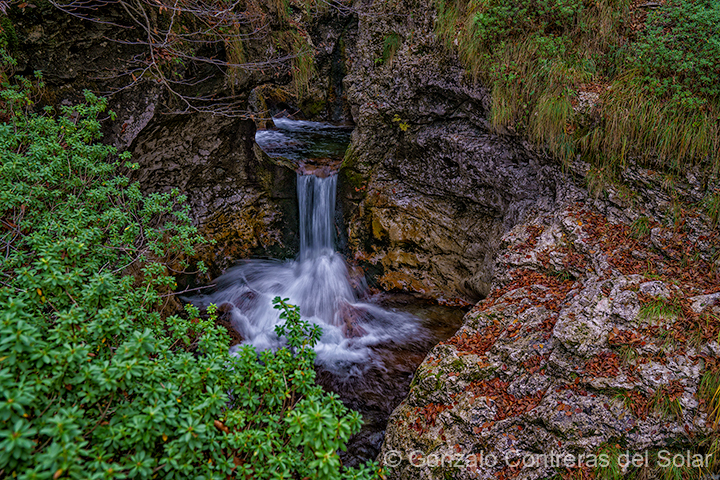 In some cases, I had to wait for them to move so I could take photographs. These are some of the series of images I took of Cascate dell’Arzino.